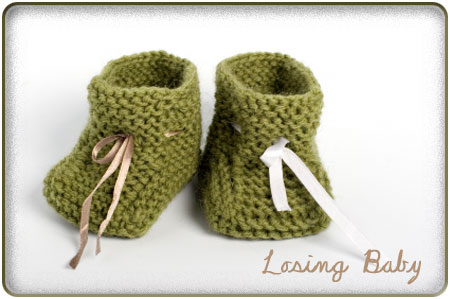 My first prenatal appointment was the Friday before Memorial Day Weekend and I’d woken up that morning feeling pregnant and cranky. The doctor’s waiting room was full of pregnant woman. Their round bellies made me smile.

The nurse routinely took my vitals and medical history, commenting on my good health. She calculated my due date as December 26th. A Christmas baby!

Later the doctor joined us and after introductions, she performed a routine ultrasound. The doctor became very quiet and turned off the screen. I knew something was wrong. Then like a nightmare, she told me she couldn’t find the baby’s heartbeat.

Immediately the room cleared out as I sat there, not sure what to do. How was I going to walk out of the room through the waiting room of pregnant women and drive home and tell my husband? I tried to hold it together, but my sobs were inconsolable.

All the way home, I prayed that I wouldn’t crash, trying to stay focused on making it to my husband and angry at myself that I didn’t have a cell phone.

Running into his arms, I lost it and could barely tell him our tragic news. He had numerous questions. "What did the Doctor say exactly? What’s next? Why?" But the only thing I knew at the moment was that my baby was gone.

I soon found that the loss of my baby left me with an empty void. Not just a physical loss, but a spiritual loss.

It had only been six years before that I’d put my faith in a God whom I believed was all good. But now I doubted whether that was true. Sure, since putting my faith in Jesus, I’d weathered some hard times, but I’d never had a time when I couldn’t see Him. A time when I wasn’t sure who He was. But now I wasn’t so sure. I was hurt. I felt like He’d let me down. Why had God allowed my baby to die?

My dreams were gone. I should have been looking at maternity clothes, picking out names, and groaning of frequent bathroom stops. Instead I was standing at a crossroads in my faith. I could either continue to love the Lord and believe He was good even if things hadn’t worked out as I planned, or I could stop believing in His character.

When I look at Luke 7, I find that I’m not alone in questioning God. While in prison, John the Baptist sent two of his disciples to ask Jesus, "Are you the Messiah we’ve been expecting or should we keep looking for someone else?" Or as I like to put it, "Who are you?"

Instead of scolding John, Jesus sent an encouraging response to him, instructing His disciples to tell him about all the miracles that were happening. They reported that the blind were seeing, the dead were being raised, and the poor were being preached the Good News. He also instructed the disciples to tell John, "Blessed is he who does not fall away because of me." Jesus was saying God’s favor—His blessing—is on those who don’t become resentful or stumble because of what’s happening to them, but instead keep their faith during tough times.

Following John’s example, I asked the Lord, "Tell me who You are?" Since the loss, I hadn’t wanted to pray, read the Bible, or even hear a praise song. Even going to church was agony. I felt God had let me down and spent many restless nights flipping through TV channels and cruising the internet searching for answers. But my search turned up empty.

I finally fell on my knees and asked God all the questions that had been plaguing me, letting it all out. Crying out to God with clenched fists. I wanted Him to give me answers. I wanted Him to encourage me. But most of all, I wanted my baby back. I wanted God to fill the void that the loss of my baby had left deep within me.

Exhausted and at my wit’s end, one day as I was digging through my purse looking for my keys, I came across a stack of prayer cards. Cards I’d picked up to give to someone on a hospital visit. The first card had Jeremiah 29:11 written on it. "’For I know the plans I have for you,’ says the Lord. ‘They are plans for good and not for disaster, to give you a future and a hope.’" A future? Hope? Plans for good? At the time, I couldn’t see any good in my loss. All I could see were evil and darkness. Yet, the verse encouraged me.

I still have a hard time looking back at that morning in the doctor’s office or the following days. I remember the surgery, the terrible loss, and the unbearable heartbreak. It’s hard to see God in this shocking loss. Still, to hear from Him that His plans for me are for good and not for evil, gives me hope, something I desperately need.

God’s plans are bigger than me and I can’t comprehend them. He was there during my loss. He never left my side and I know that He’s working it all for good. And, when I asked Him who He was, He answered me.

Through this loss, my faith is being strengthened. I no longer love God for what He gives to me, but for who He is. And, even though it’s a hard walk, God is walking me through this and He’s never left my side.

You watched me as I was being formed in utter seclusion, as I was woven together in the dark of the womb. You saw me before I was born. Every day of my life was recorded in your book. Every moment was laid out before a single day had passed. How precious are your thoughts about me, O God. They cannot be numbered!

Every day of my precious baby’s life, every moment, God has recorded and has not forgotten.

As Christmas approaches, I can’t help but think of how big with pregnancy I would’ve been or of the baby I’d be joyously waiting to arrive. While my heart and my arms ache for the baby I long to hold, I take comfort in knowing that God is good and that His plans for me include a future and a hope.

Sara Zoephel is the wife of a God-loving man and the mother of a two-year-old son who is slowly learning he’s not in charge. Together they are seeking God and trying to display His glory to others.

Spread the love
Related Topics:Sara Zoephel
Up Next

Sara Zoephel is the wife of a God-loving man and the mother of a two-year-old son who is slowly learning he's not in charge. Together they are seeking God and trying to display His glory to others. 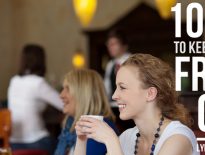 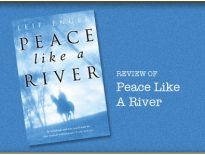