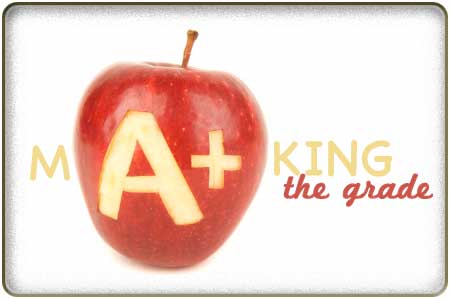 Each time I meet someone, I’m faced with this question. As I grew into adulthood, answering it became second-nature, and when I hear it, the little speech I’ve prepared comes tumbling out of my mouth. The oft-rehearsed speech changes a little from year to year, and is usually painless to deliver. But there are times when the question is not easy to answer.

It is the sort of question that’s easy to answer when I am thriving, but difficult when I am struggling. Sometimes it prompts a stab of pain, guilt, or confusion. The transition times are the hardest. After graduating from college, I moved to Germany to pursue two years of volunteer ministry at a boarding school. It took time to learn the tasks and to fit into my role as a resident assistant, and even more time to adjust to the foreign culture. During the process, I groaned with questions about my progress. Was I succeeding? Was I failing? Was I adapting or floundering? Would I, ultimately, be good at my job?

On a fall day in 2006, I wandered alone on a hilltop in southern Germany, staring at the green fields and feeling the wind attack my hair. Why do I feel so insecure? The question had burned in my heart for weeks. Am I succeeding or failing at this? How come I have no idea how to answer that question?

Then, I had an epiphany: in my previous role, studying at a university, I’d received lots of feedback. Homework, essays, and term grades kept me informed on whether I was failing or succeeding. In my new role, however, there was no such feedback. I could ask my teammates for advice, or wait for my supervisors to volunteer helpful information, but several months into the assignment I realized that I was floundering: not because I was actually failing, but because I wasn’t getting graded. I wasn’t receiving constant feedback. Without the tangible evidence of an “A-” or “B+,” I felt insecure.

Recognizing the problem helped. I asked God some more questions. Why does it matter so much to know I am doing a good job? If I fail at this, does it mean I have failed as a person? The ultimate question was a tough one: Am I defined by what I do?

Scripture answered the final question with an emphatic “No!” While roles are fulfilling, distinctive, and God-given, they can be over-emphasized or idolized. As a creation of God, saved by grace through faith, what I do has no bearing on who I am in Christ. My identity is secure. I can’t mar it by making mistakes in my job, hurting someone’s feelings, or failing to check off items on a to-do list.

When I recognized that my worth was not dependent on performance, it allowed God to work through me. The job got better when I stopped obsessing over it and started relaxing into it.

I’ve had a similar experience with teaching. Last year, fears of failure haunted me every day. In the midst of transition from a multi-cultural school in Europe to a small school in the countryside of Tennessee, I faced the further transitional hurdle of jumping from a role as a resident assistant to one as a middle school English teacher. The RA role is one of mentorship, practical duties, and nurturing. It is casual and relational. The teaching role, especially in the classical atmosphere fostered at the school, was far different from life as an RA. I found eighth graders challenging pupils, and faced many difficulties in the task of teaching them.

Once again, I faced the possibility of “failure” at a job, and again, God pointed out to me that my new role, while important, was not meant to define me. Last year, I wanted desperately to say “I’m a teacher” and feel confident that it was true. This year, I say it and feel more confident that it is true (although there are still days when I shake my head and wonder). Whether or not I can say it with confidence, it is not the center of who I am.

I am the redeemed of God, purchased at the cost of blood. I am His servant, created to love others. Then, I am a daughter, friend, sister, advisor, writer, and yes, a teacher. But the first two items matter more than any others. If they are the only things I know about myself, they are enough, because they answer a more important question than the infamous “What do you do?” Until I know who I am, I cannot know what I should do or am capable of doing.

So a better question is, “Who am I?” In 2006, and again in 2008, I grappled with this question. Both times, God gave me the same answer. I am His. Nothing else matters. Since I am His, He equips me to fulfill my roles. In Matthew 6:22, Jesus says,”But seek first the kingdom of God and His righteousness, and all these things will be provided for you.” He provides all the energy, ability, courage, humility, and patience I need. He tells me who I am and dares me to trust Him when He says I can do the tasks before me — and do them well.

We Named Her Noah 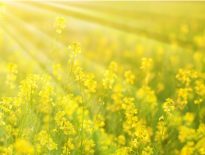 Articles We Named Her Noah 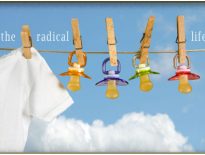