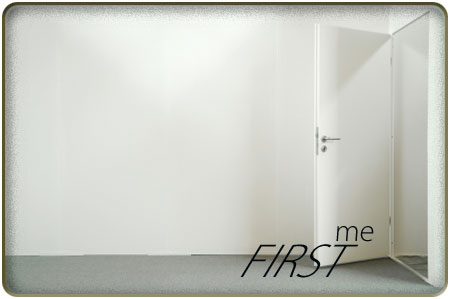 "And when you stand praying, if you hold anything against anyone, forgive him, so that your Father in heaven may forgive you your sins."

Ugh! I sat there with my chin on my chest and ears burning as the pastor’s words—God’s words—echoed in my mind. I knew that if I wanted to be free of this guilt, I was going to have to make the first move and ask for forgiveness even if I thought the other party was at fault.

The last several months had become quite chilly around our office as tensions between me and my co-worker Janine grew into almost non-existent communication. What began as two different sides to a very stormy relationship between two other employees ended up in hurt feelings, bitter dispositions, and each of us taking different sides.

I knew for a long time that this harboring of unforgiveness was neither healthy nor pleasing to God, yet my pride kept reminding me that I knew more facts and had a clearer picture of what occurred. Being privy to information as well as observation of things she wasn’t even aware of, left me feeling that I was right and she was clearly misled. It was excruciating. Taking sides had split our friendship right down the middle.

That evening as I sat in the pew of our church listening to the pastor preach on forgiveness, I squirmed a little more than usual as he would look at me as if to say, "It’s time you made the first move. You need to go and ask for her forgiveness."

I began to argue with God about always having to be the one to offer an apology. "She’s the one in the wrong, Lord," I cried. Yet, peace of mind and heart would not come until I had made peace in the office.  I tossed and turned much more than usual that night as I wrestled with God about this situation. I thought of every excuse not to humble myself and go to her, but then I would remember my great sin debt that Jesus paid for me on the cross. Nothing could compare with that.

The next morning as I sat reading my Bible before I went to work, I read the passage in Colossians 3:12-13:

Therefore, as God’s chosen people, holy and dearly loved, clothe yourselves with compassion, kindness, humility, gentleness and patience. Bear with each other and forgive whatever grievances you may have against one another. Forgive as the Lord forgave you.

Wow! That confirmed the fact that I needed to go in and apologize to my co-worker. I had harbored ill feelings over something so trivial and had allowed negative emotions to take over. The Lord somehow always reminds me how much I fall short, but even now He was revealing to me what a sinful state my heart was in. I was not only acting ungodly towards Janine, but tarnishing my witness to others who knew the circumstances.

I prayed for God to give me the words to say and the courage to go to her in love; to overshadow any hint of pride and allow even my body language to be one of love and humility. As I walked in the office, I was reminded of the thick atmosphere of hurt feelings which I had helped to create. I entered her doorway and she turned to me with a half-hearted attempt at a smile. This definitely wasn’t going to be easy, but it was the right thing to do.

"Janine, I just want to apologize for the way I’ve been acting," I said. "I know I’ve said a lot of hurtful things and have treated you in an ungodly way." Tears began to stream down her face as I choked back my own.

"No, I’ve been wrong as well," she said. Of course like women tend to do, we hugged and began to chat ninety to nothing. I felt such a sense of relief as I left the office that evening, knowing that God had truly led me to do the right thing. Even the postman seemed to whistle a different tune as the dark fog of unforgiveness had lifted and office life had once again taken on a more joyful spin.

After about three months, Janine moved away and I never saw her again. Yet, I still remember that we parted ways as friends restored. God had taught me a very valuable lesson that I would not soon forget.  All the negative thoughts I had conjured up in my mind over the months were gone, and the thoughts of her possible rejection of me, which were clearly not from God, dissipated and I again felt a clear conscience.

One thing that was instilled in me through this experience is that forgiveness begins with me.

Kristi Neace is a writer and speaker who has a heart for the Lord and a passion for women’s ministry. Her recent publication of Between Friends: A Woman’s Look at Mentoring God’s Wayreflects God’s call for each of us to mentor others within the church and beyond. Kristi currently serves on her state’s Women’s Ministry Team, but has also been a MOPS Mentor, Women’s Ministry Director, and Sunday School teacher. She and her husband, Rick, along with their three children reside in Missouri.
Spread the love
Related Topics:Kristi Neace
Up Next

Kristi Neace is a writer and speaker who has a heart for the Lord and a passion for women's ministry. Her recent publication of Between Friends: A Woman's Look at Mentoring God's Wayreflects God's call for each of us to mentor others within the church and beyond. Kristi currently serves on her state's Women's Ministry Team, but has also been a MOPS Mentor, Women's Ministry Director, and Sunday School teacher. She and her husband, Rick, along with their three children reside in Missouri. 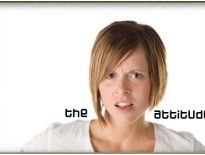 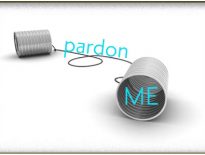