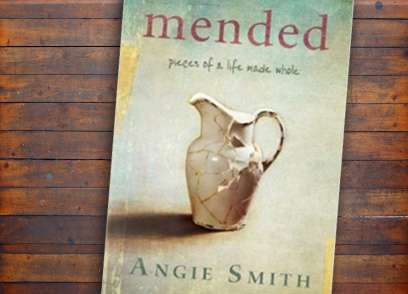 As I sat down to write this post, I felt like Sid the Science Kid, tapping on my microphone and asking, “Hey, is this thing on?”

(And yes, for the record, I do watch far too much children’s television.)

It’s been a bit — okay, more like very — quiet in our discussions, but as my husband Ted encourages me, “Maybe this book club will have a long tail.” Yeah, I had to ask what that meant too. Basically, maybe someone in the future will find it, pick up Angie’s book, and decide to post a comment or two.

We are on Week 6 in our discussions of Mended: Pieces of a Life Made Whole.

Our readings this week are “Tree of Mystery,” “One Better,” and “Teacups.” This week it was “One Better” that convicted me.

For those of you who haven’t read the chapter yet — or don’t even own the book — here Angie recalls the day she determined to do “one better.” She’d just swallowed her pride and apologized to her husband Todd after an argument — and not just any argument, but one she was still convinced she was right in. Yet Angie felt prompted not to be content to stop with a simple apology. Angie went on to build up her husband; to “do one better.” For her, doing “one better” became contagious. It started to flow not just into her marriage, but into other areas of her life.

“It’s hard to do everything, but is isn’t hard to just do one better,” Angie writes.

I don’t know about you, but too often I stop at “good enough,” when I could “do one better.” This chapter challenged me to move beyond that and seek to go above and beyond what will suffice, even if it’s only “one better.”

What about you? Like me, do you see ways you could “do one better”? Or perhaps one of the other chapters captured your attention. Whatever the case may be, as Sid might sing, “I wanna learn what you thought of the book.”

The Pioneer Woman’s “Charlie and the Christmas Kitty”: A Review 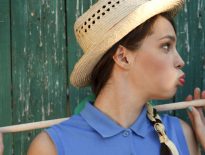 Articles The Half Life 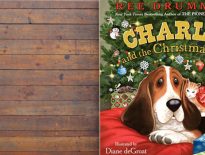 Articles The Pioneer Woman’s “Charlie and the C…