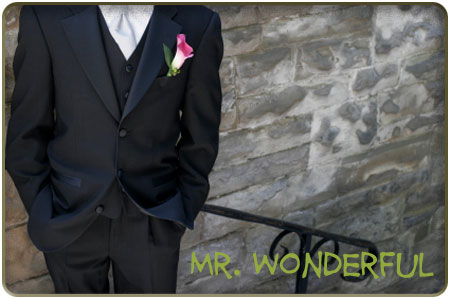 When I was in high school, I was blessed to have a lot of titles. Cheerleader. Honors Student. Student Body President. Youth Group Leader. But there was one title I was very displeased with. Dateless.

I think I was the only one to graduate from high school without being asked out. No roller rink dates. No fast food jaunts. Nothing. But God had given me a promise.

I went to a Christian school and one day after chapel, I was praying about my dateless state at the altar. To my surprise, the speaker came up to me and said, "I believe God has a message for you. He’s preparing a man of God for your life." I cried tears of joy because like Hannah at the altar, I felt like my prayers had been heard.

Starry eyed, I began attending a Christian college where I thought for sure I would meet my match. After all, there were so many new, cute Christian boys everywhere! But once again, dateless. Four years later, I received my B.A. but alas, no MRS. degree. But I did come close.

My senior year, I began dating a terrific young man. He was involved in youth group and studying to be in the ministry. He was kind, smart, quick to smile, captain of the volleyball team, and cute to boot. The more I knew about him, the more I liked. I was in love! I thought beyond a shadow of a doubt, This is the Mr. Wonderful I’ve been waiting for all my life!

We continued dating after graduation, and I waited. Would he propose? God was about to prepare me for the answer.

One night, I felt terribly sad for no apparent reason. I began to cry in my bedroom. When I asked God why I was crying, I was drawn to the story of Abraham and Isaac. Was I willing to sacrifice my Isaac on the altar? Was I willing to let my relationship die? Tearfully, I said "yes" to God. A few days later, my boyfriend broke up with me.

I felt as though life had stopped. My heart ached for my boyfriend. I finally understood every sad song on the radio. I cried out for God to help me.

One day, I was walking along the beach and felt impressed to sing "Great is Thy Faithfulness." I declared out loud that God was faithful and struggled to believe it with everything in me. I prayed that God would either restore my relationship or take away my desire for my college sweetheart and bring another man into my life.

Months went by and God had clearly chosen the latter. So I waited for the real Mr. Wonderful to walk into my life. And waited. And waited.

The months turned into years. I was in my late twenties and once again, dateless. But God had given me a story to cherish during that season of waiting in my life. At a missions conference, I met a very godly couple who talked with me about being single and serving God. They took the time to get to know me and relate this story.

Once there was a winemaker who lived in a small village. When his friends came over, he would serve bread and ordinary wine. Wine that had been opened and closed again and again. But one day, a very close friend from a faraway place came to visit. "For you dear friend," he exclaimed, "I have a very special wine." He went into his cellar and pulled out a bottle of wine that he had been saving for years. It had never been opened.

The missionary went on to tell me that I was that special wine. That God was the Winemaker and someday, when the right man came along, God would present me to that man, untouched and untasted. Instead of being passed over, I was being saved for the perfect person by a tender and loving Winemaker.

So when the waiting became difficult, I remembered that story. The Winemaker was saving me for someone special.

I’m very happy to say Mr. Wonderful did come along. The first time I ever saw James, he was flipping hamburgers at a welcome barbecue at the graduate school we both attended. It wasn’t love at first sight at the condiment bar, but he did catch my eye. We became good friends and it was perfectly clear to me that he was THE ONE. Unfortunately, it took him longer to catch this revelation so once again, I was waiting.

After months of being only good friends, I had to re-evaluate my desire for James. I was growing weary of the crazy way my heart beat when I saw him. He was dating other girls, so what was I waiting for? I surrendered my wish to be together to God. My theme verse was Psalm 37:4, "Delight yourself in the Lord and He will give you the desires of your heart." I prayed that God would take away my desire for James, or that God would place that same desire in James’ heart. In that time of waiting, I learned to surrender my wishes to God.

A few months later, James asked me on our first date to Outback Steakhouse. Thank God he talked to a friend who discouraged him from taking me to Dairy Queen! At dessert, he pulled out a red rose and a yellow rose which he had discreetly hidden in his jacket. He said, "We’ve been friends for a long time and I want to date you and see if there’s something more." From that moment forward, we were inseparable. Five months later we were engaged. Mr. Wonderful had truly arrived and he surpassed all my high expectations.

Next year I’ll celebrate my tenth anniversary with my Mr. Wonderful. Was he worth all those days of waiting in high school, college, and beyond? Without a doubt. The Winemaker had put together a perfect match. 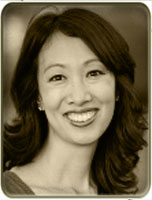 Arlene Pellicane is the author of 31 Days to a Younger You: No Surgery. No Diets. No Kidding (Harvest House Publishers). Before becoming a stay home mom and author, Arlene worked as a features reporter for The 700 Club and an associate television producer for Turning Point with Dr. David Jeremiah. As fun as those jobs were, nothing compares to parenting her three young children. Visit Arlene’s website for tips on looking and feeling younger (without botox or diet pills!).

email
Related Topics:Arlene Pellicane
Up Next

Arlene Pellicane is a speaker and author of 31 Days to Becoming a Happy Mom and 31 Days to a Happy Husband. She is also the co-author of Growing Up Social: Raising Relational Kids in a Screen-Driven World (with Gary Chapman). She has been a featured guest on The Today Show, Fox & Friends, Focus on the Family, FamilyLife Today, The 700 Club, and Turning Point with Dr. David Jeremiah. Arlene lives in the San Diego area with her husband James and their three children. To learn more and for free family resources such as a monthly Happy Home podcast, visit www.ArlenePellicane.com. 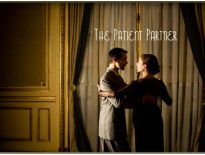 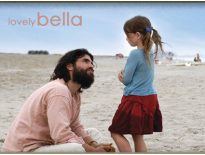