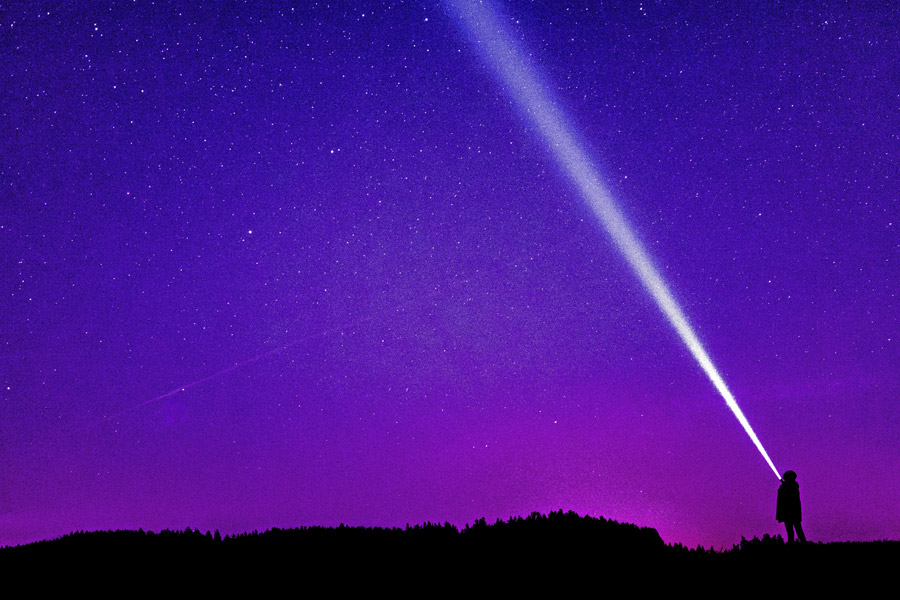 Over the decades, our culture has shared a lot of musings on aliens and UFOS. It turns out the Scripture addresses society’s curiosity.

Aliens from outer space. UFOs. Overall, people seem to be fascinated with the possibilities.

Drawing from writing by Jules Verne and H.G. Wells, Georges Méliès’ 1902 silent movie Le Voyage Dans la Lune (A Trip to the Moon), is often credited as the first science fiction film. Its ground-breaking special effects prepared the way for future science-fiction films with its portrayal of a spacecraft being launched to the moon.

Like many families, ours enjoys heating up the popcorn and viewing an imaginative sci-fi movie together. One of our favorite fun places to dine is Disney’s Hollywood Studios Sci-fi Diner in Orlando. It offers a 1950’s retro drive-in movie theater atmosphere serving food to parked cars while playing campy science fiction movies, capturing the period’s fascination with the topic.

Major interest in aliens from outer space exploded in the 1950s, a decade sometimes described as the “classic” era of science fiction theater with its surge of producing low-budget, comic-book style films targeted at teenage audiences. Alien threats to humanity, UFO invasions, and abductions are common themes, as seen in War of the World, The Day the Earth Stood Still, and It Came From Outer Space.

Aliens in Our Midst

Currently, networks offer programs dedicated to exploring possible alien and UFO sightings with shows like Ancient Aliens, UFOs: Untold Stories, Nasa’s Unexplained Files, and more. One recent episode of one of these shows presented a segment discussing “what if humans are the aliens on earth?”

This hypothesis coincides with a religion birthed by American science fiction author, L. Ron Hubbard, and his writings, The Church of Scientology. Its doctrine states a human is an immortal, spiritual being (thetan) resident in a physical body. Or, stated in easier-to-understand terms, an alien life form that inhabits human beings.

It turns out biblical references address society’s curiosity about this theory.

Genesis 2:7 describes how humans came to live on Earth, “Then the Lord God formed man of dust from the ground, and breathed into his nostrils the breath of life; and man became a living being.” As described in scripture, humankind’s breath of life did come from an other-than-earthly source.

And concerning who are citizens and who are aliens in the world, Jesus identifies the distinction in His prayer for His disciples, “They are not of the world, even as I am not of the world” (John 17:16). He continues to distinguish His followers in John 18:36, stating, “My kingdom is not of this world. If My kingdom were of this world, then My servants would be fighting so that I would not be handed over to the Jews; but as it is, My kingdom is not of this realm.”

Of UFOs and a Snatching Away

In 1977, Steven Spielberg’s film Close Encounters of the Third Kind depicted a public fascination with UFOs, along with the year’s release of George Lucas’ Star Wars. Interest continued with the 1980s E.T. the Extra-Terrestrial, a story of a lonely boy who befriends an extraterrestrial stranded on Earth.

In the 1970s, Christian rocker Larry Norman also offered thoughts on aliens and UFOs in his trilogy of albums, which included Only Visiting This Planet, So Long Ago the Garden, and In Another Land. His third album contains some of Norman’s most well-known work, selling more than 120,000 copies by 1985. In Norman’s song “UFO” lyrics assert:

He [Jesus] will come back like He promised with the price already paid,
He will gather up His followers and take them all away,
He’s an unidentified flying object,
He will sweep down from the sky

Jesus reveals His plan to return for His people in John 14:3 stating, “And if I go and prepare a place for you, I will come back and take you to be with me that you also may be where I am.” Mark 13:26-27 provides a clearer picture of what His return will look like to those on earth, “Then they will see the Son of Man coming in the clouds with great power and glory. And then He will send forth the angels, and will gather together His elect from the four winds, from the farthest end of the earth to the farthest end of heaven.”

So scripture does describe a coming snatching away of people on earth like represented in the 1990s-2000s popular Left Behind series of novels and films by Tim LaHaye and Jerry B. Jenkins.

In his 1969 album Upon This Rock, Norman addressed this concern as well in his song “I Wish We’d All Been Ready,” stating while growing up in the church he hadn’t heard this preached from the pulpit.

In consideration of the ongoing interest in our culture with aliens and UFOs, this topic certainly opens up authentic opportunities to discuss what Scripture has to say on the possibilities. With curiosity on the rise, yet another avenue to open conversation about God’s love and His kingdom of another realm (John 3:16-17).

The Art of Do-Gooding

Musings On Aliens and UFOs 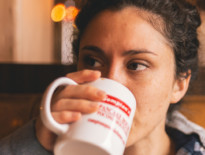 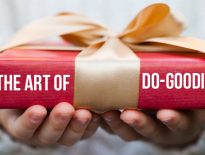 Articles The Art of Do-Gooding