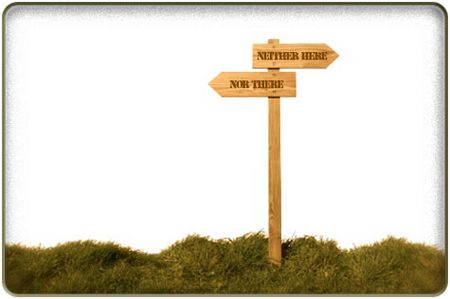 There is a bridge between the old things in life and the new. I wasn’t aware of this bridge until I walked across it, but it’s definitely there.

The journey from “daily routine” to “exciting new adventure” is longer than I imagined, and not as scenic. In fact, as I wait for our family to move across the country to start a new job, in a new house, with new people, I realize that this bridge between the “new” and the “old” is a little lonely.

Have you been to this place? It is an awkward moment in the midst of huge transition that you realize (to the voice of Dr. Suess): You belong “neither here, nor there, nor anywhere!”

A little over a year ago, my husband and I decided together that youth ministry might not be our most effective avenue of outreach any longer. We were tired and lacked the enthusiasm we once held for large quantities of junior and senior high-ers. We love them still—if we can have them just two or three at a time—but large groups of shrieking and yelling paired with copious amounts of flirting every Wednesday night were leaving us feeling old and a little grumpy. So we asked God to prepare our hearts for what was next.

The search has been rough, let me tell you. We have interviewed with amazing groups of believers. Strangers have welcomed us into their homes, shared stories with us over tacos and sunset walks on the beach, and we now call them friends. We have suffered through Yellowstone National Park and a farmer’s market along the Mississippi River. Every couple months opened the door for a new interview in a new place with new people. The journey was amazing, and our anticipation of adventure was exhilarating. Sadly, all good things must come to an end, including travel on someone else’s dime.

We were honored to turn down many opportunities, trusting that God would show us just the right choice. Now, only one month away from an official transition, my house is almost packed, my children are enrolled on a new soccer team, and I am daydreaming of paint colors for our first purchased home together. Our resignation was put in two Sundays ago, and that is when I hit a brick wall.

Others know this to be true as well. Plans are made without me, because I’m not going to be here when they happen. People are hired to fill our role inside the church, move into our parsonage, and minister to our students. It surreal really, when I think about it. We are totally replaceable.

That is the thought that pushed me toward that bridge—the one extending between the old adventures in life and the new.

I ran across a dialogue between a pastor who was resigning from his church and a comment from one of his friends.”We are praying for you at the end, the void, and then the new beginning.”

That’s a beautiful way to say what I am feeling. There is an end. There is a void. And then there is a new beginning. I’m in the void before the new beginning. A void is empty, and not very encouraging, so a little pity party would have been in order had God not spoken into that void. “Marian,” He nudged my spirit. “I have something to teach you if you are willing to listen.”

Then, the Lord took me to a very basic scripture, one that even in the days I didn’t love Him, I still knew this word of His. Genesis 1:2 says:

The earth was without form, and void… (KJV)

I looked up that word—void—in other contexts throughout scripture. It is used over and over and over again in a context meaning “lacking” or “empty.” And I asked myself, What is lacking? Why do I feel empty and lacking in purpose? I don’t belong here any longer, but I don’t belong there for another month. It is a void of having nothing to do except pack and clean and find new health insurance.

And darkness was upon the face of the deep.

Which is exactly how I was feeling: friends were beginning to separate themselves from me and people were not asking me for favors or appointments. My life dimmed a little in purpose. The move began to symbolize a time of further loneliness. Until I realized:

And the Spirit of God move[s] upon the face of the waters.

When there is a void in scripture, God moves. In Genesis, He creates.

Is there a purpose for the void between the old and the new? I believe there is. It allows for a season of quietness and reflection in which God can create new vision in the way we imagine our daily routines.

A couple years ago, my friend and I celebrated on the phone as she shared her new pregnancy with me. I listened to her gush over the timing of this child and the plans she had for the entire nine and a half months that child would be in her womb. Until one day, that child wasn’t anymore. And I listened to my friend hurt beyond the physical pain of a miscarriage, and I hurt with her. Wondering at the injustice of someone losing a child already so loved. I was speechless, and any words I might have shared would be empty and void of comfort.

There was a bridge my friend walked across between that time of loss and the next time she conceived. The first pregnancy was a surprise that was found delightful. Three months later, this second pregnancy was an expectation that resulted from a woman choosing motherhood as a strong desire of her heart. Her daughter was born on my birthday, and I already love her without knowing her.

After the old and before the new, I believe there is a void. How can I fill this void? If I did it on my own, would it still be an empty waste of time, full of longing for the old familiarity and waiting for the new excitement to actually begin? Or can I submit that void to Jesus, allowing Him to fill it full of purpose and reflection? Can that void be a blank canvas on which the Lord creates beauty beyond my comprehension?

He did it with our world. I believe I am smaller task than that.

Neither Here, Nor There 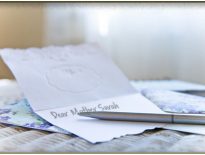 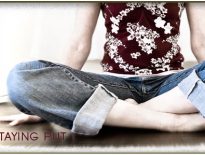