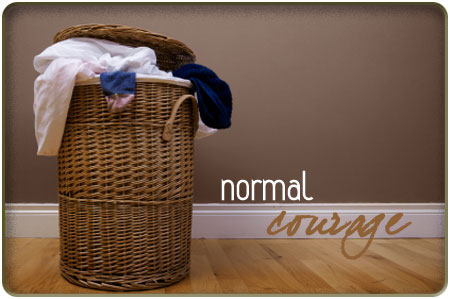 The summer after I turned 21, I jumped off the side of a perfectly good mountain.

I did this knowing full well I was attached to not one but two parachutes as well as to a staunch Belgian man who had the job of operating them. Still, jumping off the edge of a cliff is nothing to sniff your nose at.

Whenever I look back at that summer, I’m impressed with myself. While backpacking across Europe, I had everything of value stolen. Passport, cash, credit cards, camera, rail passes, everything.

Instead of going home early, which was a real and viable option, I chose to stay and make something of my time. I cried until the lady at Western Union gave me my money even though I didn’t have an ID. I saw a lot of sights that I’ll never see again. I learned how to argue in languages I didn’t even speak. And I jumped off that mountain.

Fast-forward 10 years, and my life looks different enough to be labeled “unrecognizable.” Where I was once learning to navigate train and bus schedules, I often find myself juggling a baby, a plate full of food, and a poopy diaper. Where I had played restaurant roulette hoping to get lucky (or just eat a dinner made out of something I recognized), there are days where I’m lucky to eat at all. And where I had faced the edge of a cliff and prevailed, I find myself looking toward a stream of days that all seem the same.

I’ll tell you a secret now, before I go any farther: I’m a lot better at action and adventure than I am at normal life. In fact, I’m terrible at embracing my normal days, finding God’s hand at work in them, and loving every moment of my rather average life. I’m great in a crisis, and awful at getting up when each morning that looks identical to the one before it.

So when the rest of my life started to look like an endless stream of days filled with tedious tasks, I felt like I was looking down the barrel of a gun. It was aimed directly at my head, and part of me just wanted to whisper, “Shoot me now.”

Instead of doing that, and instead of letting me escape, God sent me on a journey. It wasn’t, as I’d hoped, a physical one where I got to travel someplace new and come back with the appetite for adventure sated. Instead of taking me away, God took me down into myself, into my heart, and into my story.

It’s sufficient to say that this wasn’t an easy journey. I fought my way through days where I wondered if my baby should have been born to another mother because I didn’t know if I could embrace everything that caring for her meant about my life, and I wondered whether the dreams I felt like God placed in my heart actually fit into my story.

The path was long. Some people called it post-partum depression, and while there may have been some of that, I know that my struggle went beyond that, too. I wrestled with God like Jacob did, wondering when I would get to stand onstage and do something else fun.

Somewhere along this journey, I learned something that helped me start to see light again: normal life takes courage, too. Sometimes it takes more courage to live an average day than it does one with the stresses and strains of travel or other adventure. But God goes with me even when the path isn’t exciting, and He won’t leave me or forsake me when it gets boring (Deuteronomy 31:6).

There are some physiological reasons I struggle with normal days. Most notably, anything I do that involves excitement or risk triggers adrenaline. Though it’s easy to curse adrenaline because it makes the heart pound and the hands sweat, having that rush can get addicting. When my body comes to crave adrenaline, it can be hard to face a day without it.

But there’s more to the problem, too. Culturally, I’ve learned to want action and excitement, and to make every moment deep and meaningful. I’ve been told to live my life, not just let it happen, and this seems to mean setting out on epic adventures or quitting a solid job to follow a dream.

I fall into this trap as a Christian, too. I’ve taken to heart the exhortation not to settle for anything less than the best, and that I shouldn’t sit around but instead take risks for Jesus. In fact, I’ve never heard a sermon telling people to go home, cook a good meal for their family, and make sure the baby gets a decent nap, though those are the sorts of things that fill my days.

The realization that I’ve been chosen for smaller works can feel insulting. I’ve wondered if God knows that I would rise to the occasion of something more, if only He’d bring me the right opportunities. I remind Him that I have what it takes to do all the great things I’ve dreamed about — after all, I jumped off a mountain once.

But instead of opening the doors I’d hoped for, God redirected my gaze. He showed me my daughter’s heart, and how she needs her mama to help her see it, too. He showed me my husband, who needs a wife’s encouragement and companionship as he’s making hard decisions. And hH reminded me that I, too, had been mothered through the normal days of growing up, and He asked me if I thought it had all been fun and exciting for the ones who raised me.

It wasn’t all excitement for them. It’s not now, for me, and it won’t be for my daughter, either. But life doesn’t have to be exciting to be rich and full and good. Finding that goodness, though, sometimes involves digging through the weight of the everyday, and that’s where courage comes in.

When I jumped off the side of the mountain that summer, I proved that I had courage in my heart. But it wasn’t tested until the day I chose to embrace the present, even if it’s filled with nothing more exciting than feeding a recalcitrant baby or throwing in another load of laundry.

Spread the love
Related Topics:Sarah Winfrey
Up Next 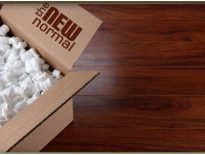 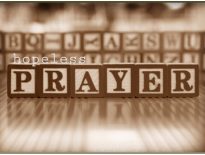