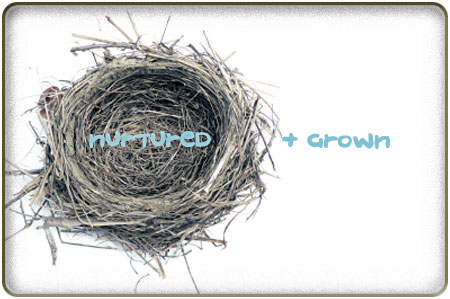 Merriam-Webster’s dictionary defines nurture as “training, upbringing.” When I step back and look at the way I was nurtured as a child and young adult, I can see the faithfulness of God in the words and actions of my parents. It is surprising that a young couple starting out with a screaming baby (me), feeling clueless, could make so many wise choices. They weren’t perfect, of course. But their relationship to me affirmed my personality, creativity, and fledgling faith.

As a child, I noticed that my parents talked openly about their faith in God. At a young age, I sensed that it was more than talk. Perhaps it is because they had faith in me. I received constant affirmation of my talents and dreams. If I played the piano, they thought it sounded great. If I wrote a story, they read it and I saw the pride on their faces: the faith. They acknowledged God as creator and extended faith in Him to faith in me. Because He made me, they entrusted me to Him and believed that the dreams He gave me could come true.

“Mom, what should I do?” I whined as a preteen, agonizing over a minor decision.

“We trust your judgment,” she would reply. Then I would have to decide for myself.

Years later, I realized how rare such parenting is. My parents instilled values and set firm boundaries in their children’s lives, but they also trusted us to be true to what we learned from them. As soon as we could understand the principles, we were allowed to practice them. And Mom and Dad actually believed that we would make good choices. They trusted us.

When I think about it now, as an adult, I shake my head. Would I have the faith to extend trust to my children before they’ve proven themselves worthy? I hope so, because receiving trust from my parents had long-lasting effects. It impacts me today, and it is probably the most important element of my current relationship with them. They trusted me then, and they still do. Trust is the foundation of a nurturing relationship.

After one year of kindergarten playmates and cafeteria food, my parents pulled me from the public school system at age six. I cried when Mom told me of their decision to homeschool.

“But I won’t have any friends!” I wailed.

By the time the new school year arrived, I’d remembered several homeschooled friends from church and other arenas, and I was excited about doing school at home with the crisp new textbooks that arrived in cardboard boxes on our doorstep.

Some people look at my childhood and call it “sheltered” or “restricted.” I guess that is a subjective opinion. In homeschooled circles, my family was rather permissive. We had cable TV, played video games, and dressed like “normal” people. (Well, except for my awkward middle school and teenage years, but we won’t talk about those.)

Because I was at home, I didn’t encounter the same peer pressures kids might face in public school. No one offered me drugs. No one asked me out, so I was never tempted to have sex. I was somewhat aware of what happened in the world, but it didn’t fully enter my world.

My world — the homeschooled world — was a place of freedom. I’ve talked with many fellow homeschool graduates who did not have this experience, or simply perceived it differently. But for me, homeschooling meant freedom to pursue the activities and academic pursuits that I loved. It meant that I could travel a lot. It meant that my brother and I could make funny movies with our friends on Friday afternoons. It meant that I could write letters and read classic books and watch 5-hour versions of Jane Austen movies.

I loved the freedom that my parents gave me in my schooling. They set boundaries of what was acceptable behavior and what was not. They informed us about the world but protected us from its direct onslaught. Then they gave us freedom to pursue what we loved, and believed in us to stay true to what we’d been taught. They were protective without being paranoid or controlling — a miraculous accomplishment, in my opinion.

Their faith, trust, and freedom communicated respect. From a young age I sensed that they respected me as a person: that I was a person, not “just a kid.” I never understood myself to be a nuisance. Instead, I was an integral part of the family. My parents openly communicated with each other in front of my brother and me, which doesn’t work for some families, but in ours it reinforced my faith that their love for each other was real. They didn’t keep secrets, and they modeled good communication for us.

Faith, trust, and freedom were the tools my parents used to nurture their small garden of children. Ironically, they are the same tools God uses to nurture me today. He supports me, extends trust to me, and gives me freedom within the protective boundaries of His commands. He continues to parent me where my parents concluded. And He parents them in the same way, just as He did when I was a baby and they were inexperienced. They probably threw up their hands and wondered if they could successfully nurture a child — but it’s obvious that they looked to the right Person for help.

Know that I Am 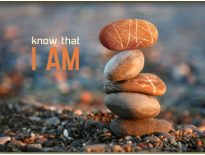 Articles Know that I Am 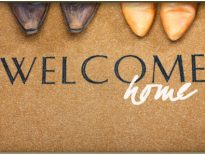