I was in the kitchen chatting on the phone with my sister. Through the window I watched the kids play happily in the backyard. When I heard the screen-door open, I wondered who it could be.

“It’s me. I’m early.” I could hear my husband coming down the hall.

As he rounded the corner, I could see the beautiful bouquet of flowers in his hand. Now this was really strange.

Early. Flowers. I liked it!

“It’s Paul. And he got me flowers!” My sister and I prided ourselves in the fact that our husbands knew the best place in town to buy flowers. We taught them well. But I never expected them on a day that wasn’t marked with something special on the calendar. I hadn’t figured out how to hint hard enough for that yet.

His voice was so calm and his face looked so normal. How could he be a guy who just lost his job?

“He just lost his job.” I repeated into the phone almost like an expected ordinary event. I was in shock. “I better go.”

Hanging up the phone, I stood frozen and looked at my handsome husband, dressed in his suit, briefcase still in one hand, flowers in the other. He set everything down as I walked over to him for a hug.

“That’s it. Today was my last day. It was everyone’s last day. Production won’t continue. The whole department is being shut down.” He was so calm. I loved the calm assurance in his voice. How could he sound so fine?

In the days following, the truth began to set in. That really had been his last day of going to work. Now he was home every day — it was our new normal.

Always an entrepreneur at heart, he decided there would be no better time in his life to start his own business than now. Opportunity was ripe. Time was in abundance. But cash was scarce and bills didn’t stop. I was nervous. He was full of faith, while I lagged behind.

From the beginning of our marriage, we decided the best job for me was a stay-at-home-mom. I grew up with a mom at home, and that’s what I wanted for our kids. I never demanded or expected a lot of material wealth, so I made sure we passed along values to our three kids like the appreciation of hand-me-down-clothing. Not bringing in a second income had never been a worry.

I felt like there was nothing I could do to help as he began his new business. I hated seeing him carry the entire financial burden on his own. How would he start a business from scratch without pulling us further into debt? Worry became an unwanted friend that wasn’t eager to leave.

I can’t remember exactly how it all changed. Maybe a friend had inspirational words that she spoke to me, or maybe a faith-building song played in the car. I can’t recall the exact turning point. Gradually something inside me began to shift toward peace and assurance, though. It could have been the fact that I’d heard inspirational words so many times before and I’d played those faith-building songs over and over for years. Now the truth that had been planted deep in my heart and mind was seeping out — pushing away the worry and fear.

I’d never needed assurance in a financial crisis like that before; my husband had never come home announcing it had been his last day at work until that day a few years back. But just like so many other things that I don’t anticipate in life, God wasn’t caught off guard by that event like I was. He had been building His truth and faith in my heart and life for that moment many years before it came.

Times remained pretty challenging for a few years after that day the flowers were brought home to me. Hand-me-downs continued to be adored by the kids, and no one visited the dentist for a long while. Although I never made a career of it, I even pitched in by delivering flyers in the neighborhood. New times called for a few new actions and renewed faith in our God: the always good and loving Provider.

My confidence in Him from that time on has given me an ability to trust like I otherwise never would have. That gift of flowers marked a very special day after all.

email
Related Topics:JoAnne Kelly
Up Next 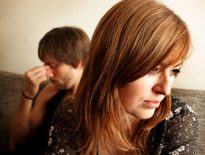 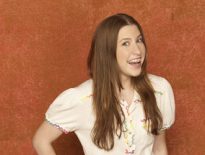