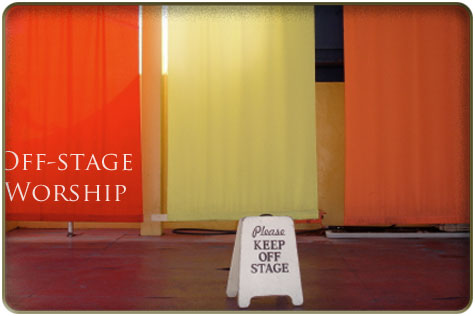 “I wish I could go with you,” I said wistfully, kissing my husband goodbye one evening as he headed to our church’s music rehearsal, remembering the times before kids that we’d gone together. I also recalled the Sunday mornings when we’d stop for coffee before arriving early at church to rehearse prior to the service. Remembered the delight of being with other believers on the music team, the joy of looking out and seeing other enthusiastic worshippers in the congregation, and the joy of serving together.

I missed it. Missed serving the Lord with my husband.

Now I stay home on music rehearsal nights putting our twin toddlers to bed. Alone. Typically three Sunday mornings a month I wrestle the boys into their car seats and head off to church. Alone.

I had prepared myself mentally for stepping down from the music team when my twins were born and was surprised there wasn’t more of an internal struggle when the time finally came. After all, I’d been involved in music at church since the age of 13. From singing special music on a regular basis to being involved in the special holiday productions, it was just what I did. For 19 years I’d been doing music for every church I was ever apart of. It was my niche. It was how I served and what I loved. When the boys were first born, being so distracted by feedings and the other things that needed to be done during the church service, I didn’t really mind it.

But now my boys were older. Surely there was some way to rejoin the team! I began plotting how this could happen. Other women with kids my boys’ age were able to be part of the music ministry at times. But then most of them didn’t have a husband that was part of the team too, especially to the degree and responsibility my husband was. Even while grasping at ways to make it work, I knew it wouldn’t materialize at this point in our lives.

Becoming discontent I knew my mindset needed readjusting. At the same time, I didn’t want to deal with it. I didn’t want my husband to know how jealous I was to be back on the team with him. Being ashamed of my feelings, I instead buried them for the time being.

Then I listened to a seminar by Julie Kauflin called “Maintaining Priorities In and Around the Worship Team.” Identifying with the speaker and finding her message liberating and hopeful, I was relieved to discover so many other women struggle with the same thing! Actually, probably most women with young children could identify with my feelings. Perhaps not in the specific area of music ministry, but in some other area of ministry or activity they once held dear.

It soon became clear that one of the root issues in my heart was pride. I felt like my gifts were ones people needed to know about and didn’t like them being laid to rest for this season. I was afraid that if I didn’t serve on the music ministry again soon, I’d be forgotten forever. It didn’t feel good to be left out. Didn’t God need me?

God showed me that He didn’t need me, actually. At least not in the way I wanted to be needed. Instead He needed me to serve the music ministry through serving my husband. That’s not exactly what I’d been wanting, and again, that was due to pride. I wanted the lime light position. But God was showing me it was my husband who had a large part to play right now, and that I needed to serve him.

You see, when single, the music ministry was very much my ministry. During the early years of marriage, it had become our ministry. Now, God was showing me it really was His ministry that I was privileged to be part of. It was not something one could demand from Him. And now He was offering me a humble position of service that was in the shadows. One that was no longer on stage. It would no longer be serving side by side in the same way my husband and I had done before. Instead, it would be me coming along and being a support to my husband.

So for me, that means letting my husband bounce ideas off of me, or giving input to song selections when asked. It means listening to what he’s planning on sharing and giving feedback. It means going to church alone—again—so that my husband is freed up to do what he’s called to do in this season.

I wish I could say there’s no longer a struggle with pride in this area. That I prefer holding wiggling kids to singing on stage. That I’m not jealous when other mom’s with young kids get an opportunity to be part of the music ministry and I don’t. But that’s not true. It’s still a struggle, some Sundays more than others. But God is doing a work in my heart to make me more like Him.

Now, kissing my husband goodbye as he heads out to a music rehearsal, I’ve come to realize I’m serving not only my husband, but also God. In this small act of sacrifice—done with humble joy—I’m worshiping God in a whole new way. Not on stage, but in my heart. 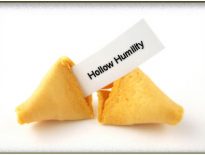 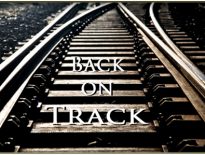 Articles Back on Track