In obstetrical terms, I’ve been labeled as both “elderly mother” and a woman of “advanced maternal age.”

It’s why, as the 46-year-old mom of a 3 1/2 year old, I’m forever going to be a decade or two older than most of the other moms of my youngest daughter’s friends.

And I’m okay with it. I love our story!

But I wasn’t always so joyful about it. Because this is not the way I envisioned my life to go.

No daydream involved me having a baby as a 42-year-old, ten years after having my first daughter. None of my imaginings included infertility or miscarriage, heartache, or jealousy.

Before our second miracle baby was conceived, I lived in a seemingly eternal state of dashed hope. Month after month, year after year, I prayed to be growing more babies … growing them into the story I had imagined for our lives.

But the story I pictured played out in my friends’ homes, not mine.

I was so embarrassingly ungrateful; I wanted their stories, not mine.

Then one day, I grew tired of organizing and reorganizing the baby, toddler, and little girl items that had gathered dust in the garage. So, after seven years, two fertility specialists, a miscarriage, and resigning myself to having a daughter growing up as an only child, I began the cathartic process of giving it all away.

Memories flashed as I touched each item: those little socks with rattles on the toes; the cozy little plaid pajamas; that denim hat — all reminders of the lovely daughter God had given me.

Slowly, I began seeing our tiny family of three through a lens of gratitude rather than one of self-pity. I chose to look at all God had given me, and it was much indeed!

We started making all kinds of crazy travel plans, because traveling with a family of three is soooo much easier than exploring with a brood, right? Plus, our daughter was getting to an age where we could do fun stuff together such as hiking and snorkeling. 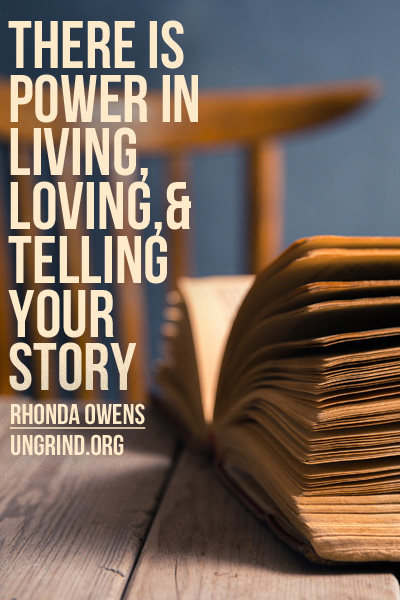 Contentment settled in, and it was very, very good.

That, of course, is when I became pregnant.

But our hearts warmed quickly to welcoming new life, even though it meant starting all over with diapers and board books, car seats and binkies.

God revised our family story from my original draft, but His version honed us and matured us far greater than anything I could have concocted — ever.

And I’ve learned that there is great power in telling my story — not just the glorious ending, but also the ugly, self-pitying, jealous and whiney middle parts — because as I tell it, I can’t help but to brag on God.

It’s like when Moses squeezes in a visit with his father-in-law Jethro, and tells him “everything the Lord had done to Pharaoh and the Egyptians for Israel’s sake AND about all the hardships they had met along the way AND how the Lord had saved them” (Exodus 18:8). After hearing Moses’ story, Jethro rejoiced saying, “Now I know that the Lord is greater than all other gods…” (18:11).

This intimate little chat between Moses and Jethro is my new favorite part of the Moses chronicle.

And yet, here he sat, years later telling his father-in-law about God’s miraculous work in his life and in the life of his ginormous family. Power flowed through the narrative, and Jethro understood — perhaps for the first time ever — how great is our God.

How about you? Are you walking through a hard stretch right now? Are you longing to take back your narrative? Are you hoping for a different story?

Be encouraged: there is power in living, loving and telling your story — even if you weren’t initially all that keen about it. Because our God is great indeed! Stick with Him, and you’ll eventually find every line of your record redeemed.

And if you have the privilege of telling it to others, you’ll undoubtedly witness God using your story to bring attention to His name and to bring the lost into His house.

Portraits of A Savior

When You Grow Armpit Hair…

The Power of Living, Loving and Telling YOUR Story {Instead of Longing for Someone Else’s} 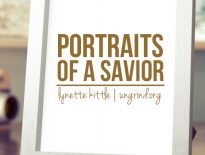 Articles Portraits of A Savior 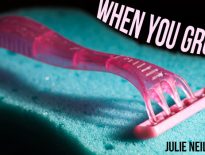 Articles When You Grow Armpit Hair…