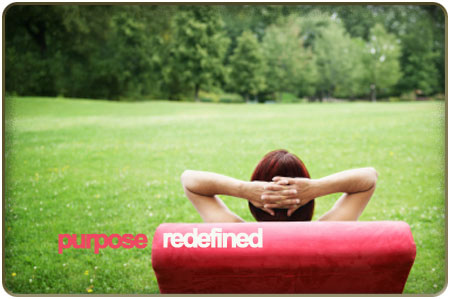 I love children’s ministry. Since age 15, I taught children at church. Preschoolers, grade schoolers, Sunday morning, Sunday night, mid-week programs, and even an after-school Bible study for fifth-grade girls. But a few years ago, my heart began to change. I still wanted to teach, and I still loved children, but more and more, I sensed the Lord prompting me to stop.

At first, I ignored Him. Then I reminded God that children’s ministry was my “thing” -— that He must be mistaken. When the nudging didn’t stop, I stepped back from teaching a little, leading only part of a lesson rather than directing an entire class. I hoped my compromise would be enough obedience.

The day my pastor-husband came home early to announce that he was being moved on the church staff — from children’s ministry into the small groups department — we both knew it was God’s unmistakable leading. This was more than a nudge now. This was a stop.

Andy transitioned into his new role and thrived in it. As our lead pastor had foreseen, Andy’s responsibilities in that position were right in his giftedness. He hadn’t been so happy in years.

I, on the other hand, was less enthusiastic. In truth, I was scared. No teaching meant no role at all. What was I to do with myself? And who was I before God, if I had no “work” to do for Him?

“When the Lord closes a door, somewhere He opens a window,” I told myself. Quoting Maria from The Sound of Music isn’t exactly biblical, but it sounded optimistic. I looked around for the open window, predicting that it would only be a matter of time before God would reveal the new job He had for me.

But, no fabulous ministry appeared, and I still had nothing to do. I felt useless. Week after week, I attended church without working in any capacity.

“God, I am capable of more than this,” I told Him. I listed my talents and made a few suggestions, in case He needed ideas. Still, nothing happened.

Nothing except a lot of complaining on my end.

Finally, when the stillness lasted long enough for the complaining to subside, I realized that I had lost a right purpose. In all those years of teaching, somehow I came to believe that my worth hinged on my role. I had been trying to earn God’s approval, and impress Him with my efforts. I was worthless unless I was working.

Slowly, painfully, God began to redefine purpose in my heart. My purpose isn’t to just stay busy for God. My purpose is to know God. He wants my heart, not my hard work.

A Bible study on the Book of John led me to look closely at John 15. In an intimate conversation with His disciples just before His crucifixion, what did Jesus say? What “parting thoughts” were pressing on the Lord’s heart as he said goodbye? Jesus didn’t leave his friends with a list of to-dos or how-tos. He didn’t offer a suppertime lecture on spiritual gifts — ways to work hard in the kingdom. Rather, in John 15, Jesus repeatedly gave hHs disciples one instruction: to simply, continually, remain.

“Remain in me, and I will remain in you” (John 15:4). Remaining is about being, not doing. To remain in Christ is to live in Him, to stay in a relationship with Him, just as a branch stays connected to the vine. Recently I asked my friend Kathy if she thought God would be “OK” with something I wanted to do. She answered with John 15 wisdom. “Amy, it’s about connection, not performance. Remain in Him, and enjoy whatever you want.”

Prayer is central to remaining in relationship. Unfortunately, prayer is difficult for me. My prayers often turn into complaining to God, rather than conversing with Him. Listing what I would have Him to do, rather than listening to Him. Last spring, I picked up a Bible study on prayer, hoping to glean a few how-to tips on the subject. I smiled when I read the book’s first objective: memorize John 15:1-8. There it was again — God’s instruction to be, not do. To, as Kathy said, connect, not perform.

“If you remain in me and my words remain in you” (John 15:7). In 2009, I participated in a scripture memory program with Beth Moore’s Living Proof Ministries blog community. The arrangement was simple: on the 1st and 15th of every month, we chose a Bible verse to memorize. By the end of the year, we’d learned 24 passages. In short, we determined to let God’s words remain in us. And what a life-changing year it was! Many times, a verse I’d memorized early in the year came back to mind months later, just when I needed its encouragement or instruction. I gained so much from scripture memory that year that I recruited my friend Debbie to join me in doing it again in 2010.

It’s hardly a new, earth-shattering idea: Christians should know the Bible. And yet, I imagine God often shakes His head at my ability to overlook the obvious. “Child, in order to know Me — in order to be acquainted with My ways and My heart at all — you must know My Word.” God wants me to read it, and memorize it, and most importantly, live it out. He wants me to remain in His Word, because His Word is life.

“Now remain in my love” (John 15:9). I see three aspects to remaining in God’s love. First, I must be convinced He loves me. I must know, “deep down in my knower,” that I am completely, unconditionally loved. Imagine the difference such an assurance would make! What freedom and life, from living in His love.

Secondly, remaining in God’s love is about obedience. John (and Jesus) repeatedly tied love to obedience. “If you love me, you will obey what I command” (John 14:15). When I live in His love, obedience naturally follows.

Finally, remaining in God’s love is about people. Because I know God’s love, I’ll naturally love others, too. As an off-the-charts introvert, this isn’t easy for me. Frankly, I’m happy enough in my closed-off shell. A friend lovingly pointed out that although I’m often busy with people, I don’t have many close friends. I don’t let people in. But remaining in God’s love means letting myself be loved by the Christian women around me. It means actively, intentionally building relationships with others. Remaining in His love means that I live every day in community, in obedience, and in confident assurance that I am loved by God.

After many months of having no role at church — after a year of intentionally remaining rather than doing — an unexpected ministry opened up. I started teaching again, in another capacity. Now I teach women, but this service is different. It flows easily, out of love, not duty. It wasn’t contrived by me, but orchestrated by God. It was birthed from a relationship with Him.

And incidentally, one of the first passages that I taught the women in my new class should come as no surprise: we studied John 15. After all, my purpose isn’t to work hard for God. My purpose — redefined — is to remain in Him.

Spread the love
Related Topics:Amy Storms
Up Next 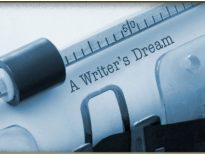 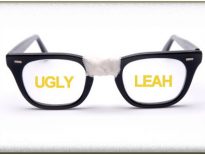