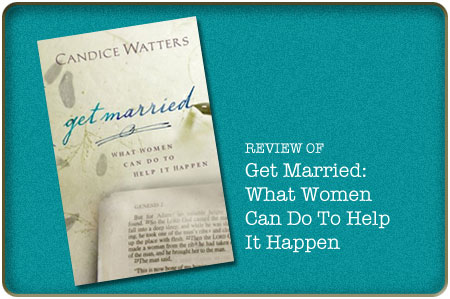 Little did Candice Watters know that she’d leave grad school not simply with a better understanding of public policy, but with her mindset on marriage changed.

It all started when in a moment of sheer frustration during a class discussion on the United States’ fall from glory, the former Capital Hill worker asked, "So what’s the solution?" Her professor’s answer—"Get married, make babies, and do government. That’s how we win"—left her shocked. Offended even. Up until then, she’d believed individuals such as herself, those set on influencing government from the inside out, were the solution. Not marriage and not families.

As a woman who secretly desired marriage but was unsure if the future held it for her, it was an answer that initially stung. But the bitterness and envy soon turned to hope as Watters realized that if God’s design and will for most men and women is marriage, that included her. It was a challenge and encouragement that had a profound personal affect on Watters’ life and purpose. A challenge she now shares with other women in her first book, Get Married: What Women Can Do to Help it Happen.

In Get Married, Watters provides readers with a nice blend of personal experience, biblical teaching, and practical advice. Her style is strong, assertive, and confident as she makes the argument that God’s design for marriage is still the same as it was in Genesis 2 and then goes on to encourage women in their desire for it.

Perhaps the most notable aspect of Watters’ book is her balanced approach to the role God’s sovereignty and an individual’s personal responsibility play in helping marriage happen. After books such as Debbie Maken’s Getting Serious About Getting Married which seemed to focus too heavily on women’s role in the process, Watters’ book is refreshing. She clearly points to God’s role as matchmaker before diving into the ways women can wisely prepare for what He has in store for them. She writes:

I just love the image of being given, by God, in marriage. He is not only aware of our desire for marriage; He is actively facilitating it for women who are wise. It’s not something He did just for Adam and Eve. God is still in the business of making good matches.

In addition to providing a good balance between God’s role and women’s in marrying well, Watters addresses the importance of community; of surrounding ourselves with people in a variety of life stages. This includes parents, friends, mentors, pastors, and teachers. Not only can these individuals provide encouragement, direction, and support, but they may very well be the key to meeting an eligible, desirable man.

While the book is written to unmarried women, many of its teachings are beneficial to married women as well. One such lesson is on the importance of waking "the great sleeper" within men. Watters shares:

Most of the men in our culture haven’t had any expectations to meet. By and large they’ve endured an education system that treats them like girls and medicates them when they act like boys. Few have strong role models. And so they’re passive. Thankfully there are things you can do to encourage single male believers in their role as initiator. One of the greatest motivators is your belief. What men need is to have someone who believes in them more than they believe in themselves. They need women who see in them, and encourage, what God designed men to be before the fall.

This concept of believing in the man in our life and helping him become all God has called him to be is important not only prior to marriage, but within it. Those of us who are wives need to stand by our husbands in a world that actively seeks to destroy them. We need to encourage their dreams and growth, respect them, and strive to see them how God sees them. This process doesn’t stop the moment we say, "I do."

Lastly, and perhaps most importantly, the book encourages women to pray boldly by acknowledging and pursuing their hopes. For those women seeking a godly mate, Watters challenges them to ask with confidence, thanking God for what they believe He will accomplish. She encourages them, saying:

Pray boldly for yourself and for your friends in Christ to esteem marriage, for your community to accept its role in reversing the postmarriage culture, for godly men to grow in their role, for God to do His redemptive work in your life to prepare you to be a godly wife as you trust His ways, and for belief that He can help you get married.

In an anti-marriage culture, where even the church often exalts the state of singleness, Get Married not only gives women permission to desire marriage, it encourages them to live like they’re planning to marry. It’s a message of faith with the potential to bring change to the way single women—and those parents and friends seeking to support them in their pursuit—view, approach, and prepare for marriage.

A Bold Approach to Getting Married

Practicing the Sanctity of Life

Review of Get Married: What Women Can Do to Help it Happen 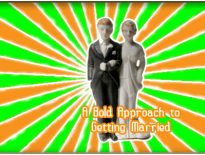 Articles A Bold Approach to Getting Married 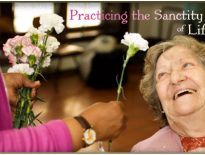 Articles Practicing the Sanctity of Life