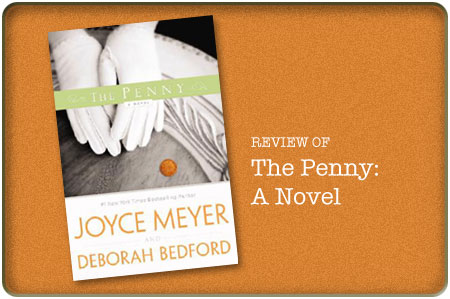 In today’s culture, perhaps one of the most popular superstitions—aside from the notion that a Friday falling on the 13th of a given month is unlucky—is that a penny found and picked up brings good luck.

For some, the title and premise of the novel The Penny, written by New York Times’ best-selling non-fiction author Joyce Meyer and award-winning novelist Deborah Bedford, may bring to mind this superstition. Perhaps even causing the rhyme, "Find a penny, pick it up, and all day long you’ll have good luck," to start floating through their heads.

But there’s nothing superstitious about the penny at the center of this novel. Instead, it serves as a symbol of hope. As a small reminder of God’s love and attention to detail in human lives. And, more specifically, in the life of the book’s central character, fourteen year-old Jenny Blake.

It’s the summer of 1955. In St. Louis, Missouri. Jenny’s a girl without reason to hope. Her world is one of anger, abuse, and fear. A world where she and her older sister Jean (a Grace Kelly want-to-be) anxiously dread what their father—who’s abusing them physically, emotionally, and sexually—may do at any given moment. A world where their mother does nothing to stop him. Nothing to protect her daughters.

A young girl seeking to survive, Jenny has no idea that her life is about to change. For the better. All because one day on her way to the movie theater, she heeds a small, still voice that prompts her to stop and pick up a penny. A penny that ultimately leads her into the life of the mysterious Miss Shaw, a woman who shows Jenny the meaning of unconditional love. A woman who, like Jenny, hides painful secrets.

Based on the real-life experiences of Joyce Meyer, The Penny is a sad, gripping tale ladened with hope. A true gem in the world of Christian fiction. It shows readers that even in the midst of darkness and pain, Jesus has the power to heal and restore.

It was a book I couldn’t put down. Not since Leif Enger’s 2002 novel Peace Like A River have I devoured a book in three days like I did The Penny. And, as the mommy of a toddler and preschooler, reading a book void of pictures that quickly is no small feat.

Written in first person from Jenny’s perspective, I found the book’s "voice" beautiful. It’s realistically that of a teenager from Missouri, which allows the novel to truly feel like it’s Jenny’s story and not the story of two adult authors trying to convince me to suspend my disbelief.

But the book’s voice isn’t the only aspect that’s realistic about the novel. What’s wonderful about the book is that it isn’t candy-coated. We don’t see Jenny accept Jesus as her Savior early on and all of sudden her life gets better. It doesn’t. Her father doesn’t stop abusing her. Jesus doesn’t swoop in and rescue her. As a result, she starts to wonder if the Lord really does care. She struggles with her newfound and fragile faith.

In the end, The Penny is a book not simply bound to keep readers at the edge of their seats, wondering what will become of Jenny Blake or what secret Miss Shaw hides. It’s also a novel that I believe will bring hope to those who’ve walked through the terror of abuse and the fear that accompanies it.

And, for those such as myself who’ve been blessed to grow up safe and unharmed, it reminds us to be grateful. Grateful for God’s involvement in our lives. Grateful that the small things in life do matter.

The Penny makes us look at a familiar coin and not simply be reminded of a rhyme about good luck. Rather, it transforms the copper coin into a remainder that "God works in the smallest details." 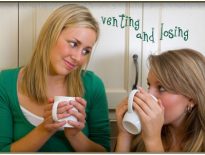 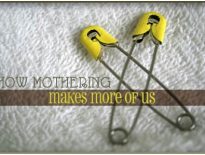 Articles How Mothering Makes More of Us