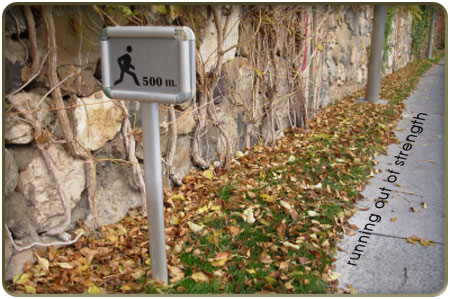 For years, I avoided running. Visions of sweating, panting, and possibly hurting myself were enough to keep me away from the pastime. Besides, I have a hereditary trait that causes my face to turn a brilliant shade of fire engine red when I exercise. My face doesn’t sweat — it glows — and feels like it’s about to explode.

Early last year, however, I decided to give running a try. Dorm life and cafeteria food had taken an alarming toll: I’d gained 15 pounds and could only fit in half my pairs of pants. Swimming, my favorite form of exercise, was not an option because the school didn’t have a pool. The dorm didn’t have a working exercise machine. Choices were limited and I realized that running was my only option if I wanted to get in shape — and I needed to get in shape. Otherwise, I would be forced to go shopping for more clothes, and I lacked the funds for a shopping spree.

So I donned my sneakers, socks, t-shirt, and sweatpants, and plugged in my ear buds. Coworkers and students had told me about “the loop,” a circular route along some farm roads behind the dorm. By the time I’d jogged to the loop’s entrance at the outskirts of the village, though, I knew the uphill nature of the road’s first section would render me unconscious on the roadside within minutes. I settled for a flat farm road. After what felt like an hour, I slowed to a walk and consulted my watch. Maybe it’s been 15 minutes, I thought modestly, between gasps.

The watch was lying. Four minutes? I’ve been running for four minutes?

After Day 1, I wasn’t sure about this running thing. It was humiliating to feel painful stiffness in my legs the next morning after jogging such a short distance. I felt pathetic and weak compared to some of the high school girls, especially those in training for soccer, who faithfully ran several kilometers every afternoon –- after a full day at school. Several kilometers? If I could run for several minutes, I would be doing well.

Part of me wanted to give up running, but the exercise and weight situation had not changed. The prospect of never fitting into a favorite pair of jeans drove me to persevere. Calves in constant pain became a source of satisfaction to me; it meant the muscles were getting stronger.

I pushed myself to run a little longer, a little further, each time I went jogging. When I felt unable to take another step without slowing to a walk, I would focus on a signpost or landmark and tell myself that if I made it to that telephone pole or crack in the pavement, I would rest. Sometimes I did rest at the landmarks; other times, I looked for another one as soon as I reached the first. Having tangible goals helped me with pacing and building endurance.

In my spiritual life, God gives me signposts too. Often I get tired of running, and if I have nothing nearby to focus on, I get overwhelmed. My heart is pumping at full speed, my face is beet red, and I feel lightheaded –- without a clear direction or goal from the Lord. Keeping my eyes on something helps me continue to move forward.

In 1 Corinthians 4:26, Paul paints the picture of runners in a race: “Therefore … do not run like a man running aimlessly.” Hebrews 12:2 presents a signpost on which to train our eyes as we run: “Let us fix our eyes on Jesus, the author and perfecter of our faith.” Jesus is the ultimate perspective-giver for the spiritual runner.

I can see signposts in the form of events and tangible goals too. When a task is so large that it is disheartening to think about as a whole, it helps to focus on accomplishing the next step. The idea of writing a 200-page novel daunts me, but finishing the next chapter? That’s a reachable goal.

God trains us to pace ourselves spiritually in a similar fashion. Throughout the gospels, Jesus entreats His followers to focus on today: “Do not worry about tomorrow, for tomorrow will worry about itself” (Matthew 6:34). If someone told me ten years ago about the struggles, doubts, heartaches, and fears I would face over the next decade, I would have fallen down by the roadside instead of continuing to run the race.

As frustrating as it seems that God does not give me glimpses into the future, it is a tremendous blessing. It is because He dispenses strength on a daily, sometimes hourly basis. If He gave me enough strength right now to last the rest of my life, I would have no need to seek Him daily, and I would never have the joy of understanding the principle Paul presents in 2 Corinthians 12:9: “My grace is sufficient for you, for my power is made perfect in weakness.” With this realization, I can “boast all the more gladly about my weaknesses, so Christ’s power may rest on me.”

God created a beautiful dichotomy of divine strength and human weakness. Humanity cannot understand that weakness equates strength when a frail human is completely dependent on God. When I’m faced with unsolvable problems, constant difficulties, or chronic pain — when I am at the end of my strength, and stop trying to fix things — that is when I experience God’s strength. Where I end, He begins.

My running regime in Germany took me on a physical and spiritual journey. Slowly, my endurance increased and by late spring I could run for 15 or 20 minutes without slowing to a walk. I might never enroll in a marathon (or even a half-marathon), but I accomplished my weight loss goals and discovered that running is an effective stress reliever.

As I built endurance, I pushed myself a little harder each day. When I felt unable to take another step, I focused on the next landmark and enough strength came. After a run, I was still out of breath, red-faced, and sweaty, but I learned to value these signs of exertion. The remaining weaknesses felt curiously like strength. 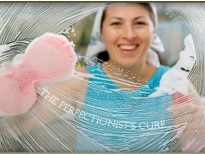 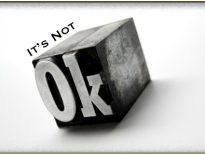