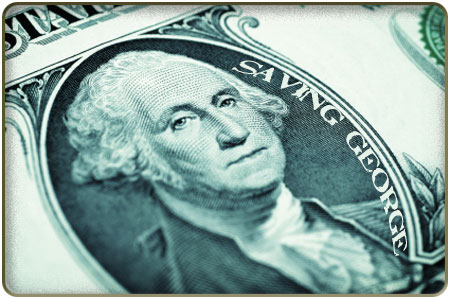 Growing up in a small town, as the daughter of the only doctor, I was deemed the rich kid and constantly teased about getting whatever I wanted. I hated it. In reality I didn’t get whatever I wanted. I didn’t get a car when I turned sixteen, and my parents were generous but had limits. However, I never really understood or appreciated the value of money growing up. I never learned how to budget or save, which caught up with me later in life.

Like many marriages the issue of finances began popping up time and again. About three years into our marriage, there was a minor explosion. Justin and I had been through trying times, and as a result, I dealt with the situation by opening credit cards and spending money we didn’t have behind Justin’s back. I was in control of our finances and when the bills came I paid the minimum balance and hid the bill away.

My spending spiraled out of control.

When Justin discovered my secret, I became defensive, reminding him how he had wronged me. For a few days it wasn’t pretty around our house. Occasional blowouts and the silent treatment became our relationship for weeks. I was too proud to admit that I had no control over myself and my spending habits. If I wanted something, I bought it, without thinking twice.

One afternoon, as I sat at home with our newborn son, God opened my eyes. I finally realized that my sinful behavior wasn’t OK because I was angry at my husband. Simply because he had wronged me, I wasn’t entitled to now wrong him. When Justin arrived home that evening, I apologized for keeping the credit cards a secret from him. I promised to get rid of them and budget our money better.

I came to see that it wasn’t just my money. It was our money. Justin works hard to earn the money we have and by spending it frivolously I was hurting not only him, but our boys as well. My revelation didn’t mean I was cured of my out of control impulse spending habits overnight. Rather, it is an ongoing process.

A process that for me, means tossing out magazines before I look through them. I avoid online shopping unless I specifically need something—no more just browsing on the internet and "accidentally" seeing something I just have to have.

I had to get rid of all—every last one—of our credit cards. We still have one open, but Justin has it hidden away just in case we would need it. I have my bank card, and since we only have so much money to spend, this limits me. I know we have bills to pay and if I buy this, that, and the other thing they won’t get paid.

I can no longer impulse buy. You know, go into a store to buy one item and come out with ten things I didn’t realize I "needed." Now, I always shop from a list. I don’t go to stores to browse and I try to stay focused on my list rather than curiously checking out each aisle.

Proverbs 31:16 tells us of the wise woman who "considers a field and buys it." Notice how she thinks about the purchase before she spends the money. No matter how badly I think I need something, I have been forcing myself to wait a certain amount of time. At the end of that waiting period, if I still feel like I need the item, then I might buy it, but usually I realize I don’t need it. I also try to consult my husband about an item—especially ones that cost more than $20—and he is very good at convincing me I don’t need it.

I also started noting where I was spending too much money foolishly. My biggest spending habit was at Starbucks. I went too often and with no budget. Now, I load a Starbucks card with an amount we can afford each month, and when it runs out, I’m out of luck and have to stick with coffee made at home. I have to admit too, it has been fun to learn to be more creative in areas where I tend to spend too much.  Getting books from the library rather than buying them and making my own decorations rather than buying pre-made ones.

The most important way I’m learning to maintain self-control in my shopping is through accountability. Not only have I brought this weakness before the Lord, I have brought it to my best friend. She knows me well, and knows that she needs to be consistent in asking me how I’ve been budgeting and spending our money. If I talk with her about something I desire, she is able to step back and question if that desire is really a need. Being held accountable has been key into my gaining self-control in my spending.

Getting control over my bad shopping habits has not been easy, but I can say that I’ve come a long way. Diligence in practicing simple budgeting, following my simple list of rules, and being accountable to my best friend, my husband, and Christ has helped me to gain control over my out of control spending.

1 Corinthians 10:13 has been an amazing reminder to me:

No temptation has seized you except what is common to man. And God is faithful; he will not let you be tempted beyond what you can bear. But when you are tempted, He will also provide a way out so that you can stand up under it.

I’ve found a way out, and am working to stand up under it so that I might gain control of my out of control ways.

One day, Anne Swanson approached Ashleigh Slater about starting a blog to encourage women. The result: the webzine Ungrind was born. In addition to regularly contributing to Ungrind, Anne’s writing can also be found on Radiant. Originally from Illinois, Anne is passionate about the church, family, and relationships. She’s had more jobs than she can remember, but her favorite (after being a mom) was at Starbucks where she developed her coffee addiction. In her free time she enjoys having a cup of coffee (or four), cooking, laughing, reading, decorating, having a good glass of red wine, and spending time with her family. Her husband Justin and she were married in July of 2002 and they currently live in Kentucky where she is at home with their four young boys.
Spread the love
Related Topics:Anne Swanson
Up Next

One day, Anne Swanson approached Ashleigh Slater about starting a blog to encourage women. The result: the webzine Ungrind was born. In addition to regularly contributing to Ungrind, Anne's writing can also be found on Radiant. Originally from Illinois, Anne is passionate about the church, family, and relationships. She's had more jobs than she can remember, but her favorite (after being a mom) was at Starbucks where she developed her coffee addiction. In her free time she enjoys having a cup of coffee (or four), cooking, laughing, reading, decorating, having a good glass of red wine, and spending time with her family. Her husband Justin and she were married in July of 2002 and they currently live in Kentucky where she is at home with their five young boys. 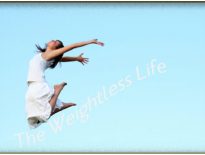 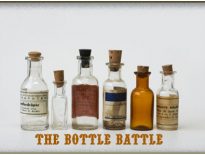