I smiled when I heard the sound of a fake Australian accent on my answering machine. “Boy, this guy is really bad,” I thought, but the organization he said he represented sounded vaguely familiar and official. Clearly, he had put some thought into this.

I pulled more than my share of prank phone calls back in the day. So many that my uncle said I was majoring in “Con Arts.” Once, I masqueraded as a representative from a magazine and conducted a ten-question survey about dating and relationships with a unit full of guys on campus. Boy, did I get some interesting info there.

I figured this was payback. Even if the guy on the other end was an amateur.

But then he called me by name. My spine stiffened.

When he said I was being sued and should obtain legal representation the hair on the back of my neck stood up. Sued by whom? And for what? Who on earth could be suing me? My hands started to shake. I replayed my life’s interactions like a movie reel trying to process such absurdity.

I took a deep breath and called one of my best friends, an experienced attorney and one of the smartest people I know. Like Xanax to the soul, her knowledge of the truth righted my emotions as she explained the process of real litigation vs. false litigation. She confirmed my initial suspicion.

But boy, was I freaked out there for a bit.

The same false terror grips me as a parent. The voice of a scammer threatens my peace of mind. You see, I’ve got a kiddo who really struggles with telling the truth. We aren’t and never have been lax in dealing with deceit, but for some reason this little one really struggles.

Satan constantly whispers his lies and torments me with the worst-case scenarios. Some days his deception pours in and over me like an oppressive tidal wave.

“No other kid struggles with this like yours does.”

“Your child is destined to struggle with this forever.”

“What you are doing to deal with this won’t be enough. It’s hopeless.”

The words sound legitimate and even a little familiar — though said in a voice I know is not backed by decisive authority. 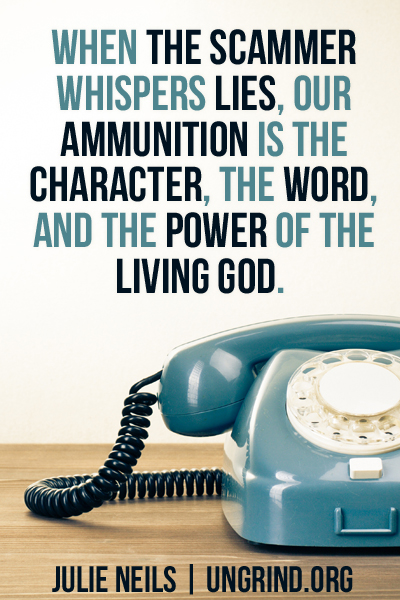 Author and speaker Graham Cooke said, “The enemy doesn’t always have to attack us. He can just intimidate us. He can just use one word and capture a whole group of people. That is what Goliath was doing until he met someone who wasn’t intimidated because he was too busy being fascinated by God. David was a man after God’s own heart, and when Goliath came up against him, he lost his head over it.”

I love that! I want the heart of David. His eyes were fixed upon the true source of power. His heart was steeled against intimidation. His mouth declared unflinching truth: “You come to me with a sword and a spear and javelin, but I come against you in the name of the Lord Almighty, the God of the armies of Israel, whom you have defied” (1 Samuel 17:45).

So this is my ammunition — the name, the character, the word and the power of the living God.

Lord, you see every dark place in my child’s heart. You know how this beautiful one strayed from and will come back to you. I thank you that your arm is not too short to save and your ear is not too dull to hear (Isaiah 59:1).

I thank you that you are going to give us wisdom about how to deal with this as we faithfully ask for it (James 1:5). All things are possible with you (Mark 19:26) and as your children, we overcome because you are greater than our enemy (1 John 4:4).

Day by day I see God working in me, in my husband and in my child. While there is progress to be made, I pray towards and anticipate the day when my child will wholeheartedly desire truth to innermost parts as well as the intimacy that comes when all is in the light. As I was writing this, my little one came to my desk and offered a sincere apology for another transgression and prayed, “God, I do not know why I am doing this, but I need you to forgive me and help me tell the truth.”

Somewhere out there, a guy sits in his underwear dabbling in the digital arts, dialing phone numbers and faking accents. He threatens the peace of mind of those who believe him — until his scam is discovered, the fear abated and triumph secured.

When Obstacles Are an Act of Grace

One Secret to Overlooking Your Spouse’s Flaws 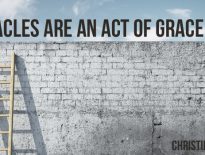 Articles When Obstacles Are an Act of Grace 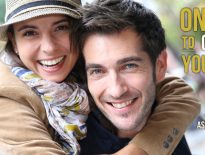 Articles One Secret to Overlooking Your Spouse’s Flaw…