I was enjoying the questions and the answers and the conversation that followed the answers when the following question was asked:

“What qualities do you believe you received from your mother and father?”

This question required a bit more of a pause from everyone. I relished in the new familiarity being built when the question landed on my oldest daughter. All eyes were on me as the group giggled to themselves and each other. After some hemming and hawing my daughter finally said, “I would say that I stress out easily like my mom, but lately she’s been really happy.”

She was right! I had been so full of joy the last couple of weeks. I felt different. My mind was a flood of serenity. The old, nagging anxiety and fight for control were gone. When things turned out “less than perfect” or “not according to plan,” rather than freak out, I felt as though a blanket of peace would drape itself over me pulling me in real snug until I was able to recognize that even “less than perfect” and “not according to plan” were okay. I had certainly noticed a difference, but it wasn’t until my daughter, one of the people who know me best, presented me with the contrast sitting in an olive grove in a circle of new friends that evening, that I knew I was a new creation.

Wife, Mom, I want to share with you the one thing which has revolutionized my life. I share this because I know your heart. I know how fierce your love for your husband and children are. I know you are your harshest critic. I know you walk away from altercations kicking yourself for losing it. I know you worry that your babies will only remember that mommy was stressful. I know you wake up in the morning pleading with God for a good day only to lay your head on the pillow at night blaming yourself for the lack of peace in your home. Friend, I want to share this timeless truth with you because there is a real enemy who has fought very hard to keep us from this secret weapon, which will alter the course of each new day.

The secret weapon I discovered a few weeks ago is praise. That’s it! Praise! So simple, yet more powerful than I had every given it credit for.

This should have been no surprise to me. The Bible speaks often of the musicians leading the armies of Israel into battle with praise. In 2 Chronicles 20 we find the Israelites once again engaged in battle with the surrounding peoples. Verse 21 picks up with Jehoshaphat sending forth the greatest weapon of Judah and Jerusalem:

Jehoshaphat asked the people for advice. Then he appointed men to sing to the LORD. He wanted them to praise the LORD because of his glory and holiness. They marched out in front of the army. They said, “Give thanks to the LORD. His faithful love continues forever.”

They began to sing and praise him. Then the LORD hid some men and told them to wait. He wanted them to attack the people of Ammon, Moab and Mount Seir. They had gone into Judah and attacked it. But they lost the battle. The Ammonites and Moabites rose up against the men from Mount Seir. They destroyed them. They put an end to them. When they finished killing the men from Seir, they destroyed one another.

Friends, this is the type of victory I have been experiencing in my own life. I’m sure I seem silly, maybe even a bit crazy, but my family and I can’t afford not to praise and to praise often. In fact, I tremble to think of facing another day without praise. God is certainly worthy, whether I feel it or not, but the joy and peace reciprocated, not to mention the death of many of my old enemies, are building a new legacy for my family.

So, what do you say? Appear foolish with me? Let’s praise!

I will bless the LORD at all times;
his praise shall continually be in my mouth. (Psalm 34:1) 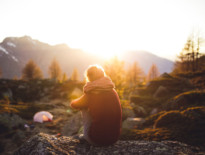 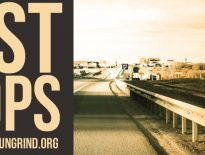