We’d known each other for all of five minutes, but we’d made one of those instant connections that sometimes happens between women. Is it a woman thing, or a Holy Spirit thing? Either way, all at once I found myself in tears with a complete stranger.

We hugged and she took a step back to look at me.

“You’ve been set free,” she perceived, “but it still hurts.”

The Lord frees us from so much, doesn’t He? From sin. From death. From shame and injustice and insecurity and fear. Freedom from approval-seeking and control and even from deceitful people who seek to do us harm.

Indeed, “It is for freedom that Christ has set us free” (Galatians 5:1).

But sometimes, it still hurts.

Learning to walk in freedom hurts because it means discovering a whole new way to be. A new way to think, a new modus operandi. We have to learn to trust instead of doubt, to forgive instead of resent, to cling to the Lord instead of the cheap idols that have always enslaved us.

Walking in freedom might also hurt because we’re still healing. Like when Nathan was four, and he cut his head open. The cut didn’t take long to stitch, but the healing took weeks.

Sometimes, I worry that I’m not free, because the pain remains. “Free me from this, Lord!” I cry.

And the One who knows me best — better than the sweet lady I’d known for five minutes, and even better than I know myself — responds, “Child, you’re free! But it still hurts. Be patient while I graciously heal you completely. And in the meantime, go walk in the freedom I died to give.”

Spread the love
Related Topics:freedomhealingwounds
Up Next

Embrace Friendship in Your Marriage 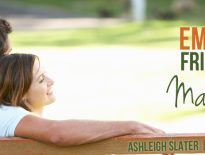 Articles Embrace Friendship in Your Marriage 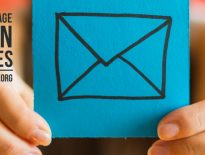