I read once about an experiment that Harvard biologist Edward O. Wilson performed on ants.

Wilson observed that when an ant died in its nest, it took the other ants a few days to notice. They’d walk around their deceased friend completely normally and unphased, without so much as offering an ant-sized “Get Well” card, for three days before reacting. Wilson surmised, then, that the ants knew death by the smell of decomposition, and not by the fact that their little buddy lay motionless in the ant tunnel.

Sure enough, he was right. Wilson discovered that the dead ant emitted oleic acid. Once the other ants smelled it three days later, they immediately carried their stinky friend off to a pile of ant corpses.

Welcomed with Love and Mercy

God of My Children 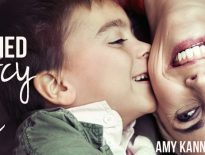 Articles Welcomed with Love and Mercy 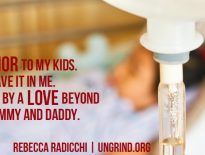 Articles God of My Children