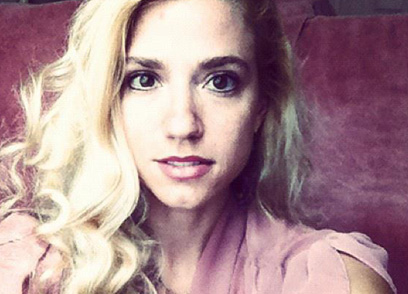 Although the American Dream includes a college education, it’s not always the path God takes individuals on to reach the goals and plans He’s prepared for them.

Sarah is the producer, director, editor, and host of the television show, Soul Check TV. While I earned a master’s degree in Cinema-Television Producing, she took a different route, going directly to work in the field. She gained hands on experience that provided her with the skills and know-how to start her own show; a show that airs weekly on the NRB Network to a national audience of over 18.5 million households and on LeSEA’s METV and FETV in Africa, Asia, the Middle East, Europe, and Oceania. On it, she interviews bands, artists, and guests who are Jesus followers. Episodes have featured Switchfoot, Jars of Clay, Rebecca St. James, Britt Nicole, and American Idol’s Colton Dixon and Hee Jun Han, to name a few.

I recently chatted with Sarah — who lives in Colorado, a long way from my home in Georgia — via email. As we talked about Soul Check TV, I learned a few new things about my sister, including the story of an email that projected Soul Check TV into households around the world.

What sparked the idea and start of Soul Check TV? Tell us about the show’s beginnings.

At the time, I was working full-time for a Christian ministry on a weekly television show. On the job, God gave me a lot of training as to how to put together a TV show. Christian music and Christian TV shows had been part of my upbringing and I felt inspired to start one where I interviewed Christian guests. I knew that if this idea was from God, that He would bring the pieces together and He did.

God provided everything I needed for the show to start — a website, a computer for editing, equipment for filming, and a set that my dad built and we set up in the house. There were some adjustments from the original plan. I had wanted to film in a studio and air the show on television, but my mom suggested that we film the interviews on location and put the show online. It was amazing to see God bring a dream into reality, and in due time, God opened the door for the show to air on television as I’d originally hoped.

Describe the show’s production team and crew. What’s it like to work together?

My younger sisters Hayley and Kaitlyn, and my mom, Lynette, are the crew who help film the interviews. They are also featured on the show. It’s great to work with them because we all get along and I can count and depend of them. Their friendship and support mean a lot, and I’m so thankful to God for them. And as I mentioned, my dad, Philip, built the TV set that I designed, and is very supportive of the show in other ways. He was even featured on the Soul Check TV Christmas Celebration Show.

How did you see the show go from being solely online to being picked up by NRB?

People encouraged me to pursue airing the show on television. I had almost stopped producing the show, but decided that I would give it one more year, and see what God would do with it. One day near the end of that year, 2010, I sent an e-mail to the NRB Network with a link to the show to see if they were interested. To my surprise, they were. I knew that if this was from God, He would work it out. Right before New Years Eve, the NRB contacted me with news that they wanted to start airing the show in February 2011. The show debuted on February 19th.

Looking back on all the episodes you’ve filmed, which one is your favorite and why?

The day before they were in concert in Colorado, I left a comment on Colton’s Facebook page and Hee Jun’s Facebook page with a last minute interview request. I really thought it was a long shot, and definitely short notice. So I went to church that night and didn’t get home until late. I was going to go to bed and felt like God reminded me to check my e-mail. To my surprise, there was a response from both. Both Colton and Hee Jun were so nice and it was a great interview experience. It was amazing to see how God opened the door and worked it out.

Another favorite is the Christmas Celebration show, because I love Christmas and it was great to have my family on the show. My sister Hayley co-hosts the show, there’s a segment with my parents, and my nieces sing “Jingle Bells.” I loved decorating the set for Christmas and it was so fun to put together a Christmas special, including fun interview elements and a feature making Christmas treats.

Another favorite is the interview with Rebecca St. James. It was great to talk with her about abstinence, her getting married, and the pro-life issue.

What’s the most unique location? Did it provide any challenges?

The most unique interview location was the Meramec Caverns in Missouri. This was for the first Esterlyn interview we did when we were only online. The cave is meant for tours and was set up for a concert, so it was pretty accessible and easy to work in. The most challenging thing was lighting, because it was kind of dark in there.

What would you say to other women who may be afraid to pursue the dreams God’s given them?

Sometimes when we have dreams, we’re afraid that if we follow God, He’ll want us to do something else that we might not want to do. The most important thing is to yield to God’s will. Jesus said, “For whoever wants to save his life will lose it, but whoever loses his life for me and for the gospel will save it” (Mark 8:35). I found that when I was willing to give up my desires in order to live for God, that His will for me really is good and pleasing (Romans 12:2). Here God has me doing something that I love.

Also, it’s important to be faithful where God has you while you trust Him to fulfill His plan for you. Jesus said in Luke 16:10, “Whoever can be trusted with very little can also be trusted with much, and whoever is dishonest with very little will also be dishonest with much.” I didn’t know what God had in mind, but I desired to be in ministry. I believed God had a plan and was trusting Him to fulfill it, and at the same time, was trying to be faithful where I was, seek God, and wait for His leading.

I think sometimes the desires in our hearts were planted by God because of the plans He has for us. When I was starting Soul Check TV, I wasn’t sure if this was just too much. But I felt like God encouraged me not to give up, by reminding me of a quote I had seen at a church’s visitor center, “Make your dreams big enough for God to fit in.” Don’t be afraid to dream. Trust God that if it’s His will, He will work it out in His time and bring the pieces together.

If you could interview anyone who would it be and why?

I would love to interview President George W. Bush because I really admire him and he is a Christian. I know people have different views on the matter, but I love George W. Bush and his godly, brave leadership through one of the most difficult times in our nation’s history. It would be a great honor to have him on the show, but that would take a miracle! Next to him, it would probably be Tim Tebow. People love football and I would love to have a Christian player on the show who is so bold about his faith. So many people love him and think he is a positive role model for young people, so he would make a great guest.

What’s currently in your CD player or playing on your iPod?

Currently Jeremy Camp’s We Cry Out: The Worship Project is in my CD player. I love his version of “Overcome” and have listened to it over and over. Before that it may have been Scotty McCreery. Love his debut CD, Clear As Day, and the wholesome, country music songs.

Love to spend time with my family. Love to watch something good on television, exercise, hang out with friends, and go to church. Also, spending time in prayer is really important. I’m finding it therapeutic to write in my journal. For some reason it just feels better to write things down sometimes.

Sometimes personality differences can wear on us. Here are three ways we can navigate them in a loving manner.

If you haven't seen this film, God may speak to your heart through it in ways you weren't expecting.

Are you struggling in your marriage? Here's how a wedding ring helped one wife fight for her marriage.

Do you want to pray more, but are easily distracted? Here are some practical ways to stay focused.

How to Rescue a Day Gone Wrong in Your Marriage

Just because a day doesn't start well, doesn't mean you can't rescue it.

How To Change Your Life in 10 Minutes

Here's how you can change your life with a simple 10 minutes a day. 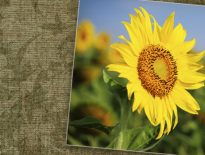 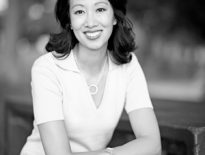