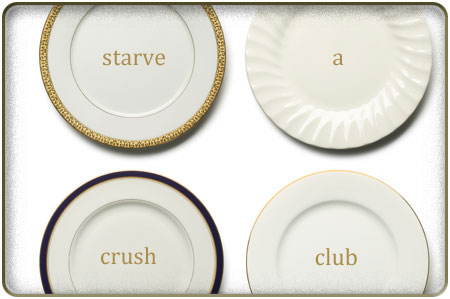 It was two summers ago. The lazy mid-day warmth of Colorado June filled the window-framed room at our local library. The chilly air of Spring was behind us.

My two young daughters sat on daisy-shaped stools, enraptured in the branch’s weekly toddler time. Contented smiles adorned their faces as their chubby hands clapped along to “If You’re Happy and You Know It.”

I sat in the back of the room, my hands deliberately folded in my lap. Motionless. I didn’t feel so happy.

My thoughts gravitated to my marriage.

Emotionally, it had been a difficult Spring. The responsibilities of work, church, and parenting held a strong grasp on my husband Ted’s attention. And whether reality agreed with me or not, I’d come to feel neglected, unnoticed, unloved.

That morning I was experiencing the pain more acutely.

My gaze wandered around the room, studying the other parents as they clapped along with their kids. It was then that I noticed a 30-something father with his two small sons.

Something about him caused my gaze to linger.

Later, as I buckled my daughters into their carseats in our minivan, my thoughts returned to this stranger.

That’s when concern set in. I realized what was happening. The seeds of a crush were attempting to take root, and my fragile emotional state provided fertile ground. I felt my resolve to keep my heart steadfastly faithful to my husband wanting to waiver.

Snapping back to my senses, I made a decision. No more toddler time—at least for now. I didn’t know if this dad were a regular or not. It’s possible he wouldn’t be there the next week or the week after that, but I was unwilling to return to a situation where a crush had the potential to develop.

I’m not alone in noticing a man other than my husband.

During a recent Google search, I came across a blog post titled, “The Married Ladies Secret Crush Club.” In it, the blogger recounted a conversation with a “happily married” friend who confessed a secret crush on a co-worker.

“Is this normal?” her friend ventured.

“Of course,” the blogger replied, going on to share her own married crush history. She then suggested they start a secret club.

Here’s where many people would cue the laugh track. But not me. Instead of mustering up a giggle at what was intended to be a humorous post, I was left wondering if this light-hearted banter was as harmless as it seemed.

I’ve experienced the tug of temptation on my heart’s affections, and it didn’t feel harmless. Because of this, I just can’t bring myself to give a Facebook “like” to blog titles such as that one. Or a similar one I came across: “Crushes help, not harm marriages” from a blog ironically named the Divorce Lawyers Guide to Staying Married.

Both these posts reflect how popular culture views what’s been termed “married crushes.” In general, they’re regarded as no big deal. In fact, other recent discussions on the topic in popular magazines, lifestyle shows, and blogs encourage crushes, as long as they’re kept within the “fantasy” realm. And these are the ones our culture applauds as knowing their stuff.

In the midst of applause for crushes, what’s an individual like me—who wants to guard against even the hint of a crush—to do?

I’d say that starting a Married Ladies Secret Crush Club isn’t the answer. But how about some other kind of club? How about a “Starve a Crush Club,” its goal to encourage myself and other married women not to feed crushes, but to starve them.

And as with any good club, I’m thinking a few practical rules apply.

Rule #1: Be Honest. Those same experts I’ve criticized for affirming crushes also make an insightful observation. Dr. Robi Ludwig, who encourages married women to “enjoy” their crush, stating “secret crushes, when not acted on, are safe, sexy yet simultaneously ego-boosting,” also points out that infatuations are more about the crusher than the crushee. He writes that “having a crush is really less about the other person and more about us having the feelings we want to have, i.e., like feeling alive, excited, exciting and beautiful.”

That resonates with me. After that day at toddler time, for example, I got honest with myself, asking deep questions. Why do I feel drawn to this man? Is there a need or desire I’m trying to fill in an inappropriate way through noticing this dad?

Turns out, I desired the attention I perceived as lacking at home. The problem was that a crush wasn’t the appropriate answer to this legitimate need. Instead, a proper response was to talk directly to Ted and work through it with him.

Rule #2: Be Accountable. This article is the first time I’ve talked publicly about that day at the library. When I wrote my previous article, I was too ashamed to mention it, so instead I focused on a resolve to starve crushes. I venture to guess that many married women share my sentiments of shame. But it’s helpful for married women struggling in this area to tell a trusted, godly female friend about the crush.

While it’s important to pick someone who won’t condemn or ridicule, at the same time she needs to be an individual who’s not afraid to discourage the crush from continuing. Don’t choose a friend who’ll just dismiss the issues of your heart as “normal.” And, of course, don’t choose a friend who’d suggest starting a “Married Ladies Secret Crush Club” with you.

In “The Married Crush,” Cameron Courtney—a single woman who developed a crush on a married man—shares the difference that confiding in a trusted friend can make.

I noticed a funny thing the next time I saw George. I didn’t feel so alone and outnumbered by my feelings and George’s presence. Somehow Abby was there with me asking the tough questions and bringing our shared values into the picture. Talking about the crush had taken away some of its power over me.

Accountability is powerful. It’s a lot harder to feed a secret crush when it’s not so secret.

Rule #3: Be Willing to Run. That June day in my minivan, I ran away from a potential crush. I quickly fled.

In her book Girl Perfect, Jennifer Strickland talks about this concept of “fleeing.” She remembers how she and her now-husband Shane practiced purity before marriage:

After our dates, he would give me a quick kiss good night, then quote the one word from Scripture that saved our relationship: “Flee!” Then he would turn around and go home! It always made us giggle—it still does—but it worked.

I believe this same approach—of applying Paul’s instruction in 1 Corinthians 6:18 to “flee sexual immorality”—can be like water on the developing flames of a crush. It was for me.

Because married crushes are considered harmless by some experts, I’m confident there are a good number of women who scoff at the concept of these infatuations as sexual immorality. But as hard as it may be to swallow, from a biblical perspective, they are.

The thing is, the relevant biblical principles are clearly laid out in Matthew 5:27-28. Here Jesus says, “You have heard that it was said, ‘You shall not commit adultery.’ But I say to you that everyone who looks at a woman with lustful intent has already committed adultery with her in his heart.” Lust, defined as “to have a yearning or desire,” isn’t always sexual in nature. It can also be an emotional yearning for attention. And isn’t that what a crush often is?

Committing to flee from lust, even in its most innocuous-looking forms, can, like it did for Jennifer and Shane, save a relationship.

I learned a valuable lesson that day at our local library—that, as Rich Mullins once penned, “we are not as strong as we think we are.” No one is immune to developing a crush. Not even me. Marriage alone doesn’t protect women from it. But the good news is that through honesty, accountability, and the commitment to flee, I’ve come to see that crushes aren’t inevitable.

A lot has changed since that June morning. Now when I reflect on my marriage, I no longer feel neglected, unnoticed, or unloved. While I do have the occasional day I long for more attention, it’s not a defining characteristic of my relationship with Ted. We have successfully navigated through that difficult season.

And every once in a while, I think back to the dad at the library—thankful that he is nothing more than a reminder of my determination to always starve a crush. 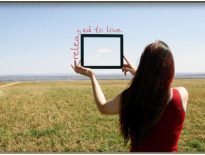 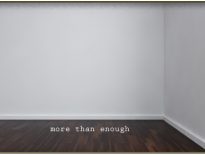