I’ve been that mother who has cleared off four shelves of bread at the grocery store while on hands and knees, crawling, straining, grunting to reach her son’s lost Matchbox car that he “didn’t think would fall down there.”

I’ve been that mother who has run out of wipes at the fancy-schmancy restaurant with no changing table, and left her four-month-old baby on a cold tile floor so she could crank out some more paper towel to wipe away the oh-no-you-didn’t blow-out diaper, only to find a flowing pool of pee streaming out from the stall upon her return.

I’ve been that mother who has left the peed-on sheets on the mattress in the middle of the night, laid a beach towel on the carpet and called it a bed.

I’ve been that mother who has pushed a double stroller in front of me while pulling a grocery cart behind me, navigating aisles and lists and nonstop toddler grabby hand requests.

I’ve been that mother who has crouched, dripping in a bath towel, to scoop up goldfish from a wet hardwood floor, serenaded by the sobs of a distraught little girl.

I’ve been that mother who has lost her own mom and can testify that the burning sting of the bottomless hole never quite goes away.

And I’ve been that mother who never thought she could love quite as fiercely and unconditionally as she loves her children — those gifts on temporary loan from above.

And Lisa-Jo Baker gets that. She gets all of that, and so much more.

If you are a mom who feels you won’t survive one more dirty diaper, one more frivolous sibling squabble, one more “Mom? Mom! Mo-oomm!!” then Lisa-Jo Baker’s new book, Surprised by Motherhood: Everything I Never Expected About Being a Mom, was written just for you.

It’s for women who, like Lisa-Jo, spent much of their single years, as she describes, “strapped between an invisible sandwich board that declared in silent, capital letters to the men around … MY BRAIN IS MORE IMPORTANT THAN HAVING YOUR BABIES. A defiant sign to be wearing at a Christian college where marriage was practically a major.”

It’s for women who adore their children and would have it no other way, but would still agree in a heartbeat, “… who doesn’t want to escape for an afternoon into a realm where women go to the bathroom by themselves and don’t need to narrate what they’re doing while they’re in there?”

Lisa-Jo understands and is able to articulate so well the fact that:

Motherhood starts with such a bang — so many visitors, all that roar of adrenaline — that what comes next can be disorienting. Because after the high of childbirth comes a sleepless cycle of days that all run into one long, messy, nondescript blur. If there’s one thing that can defeat a mother, it’s the monotony. Get up, feed the baby, wash the laundry, change the diapers, do the dishes, make the car pool run, wrestle the math homework, figure out a new way to make chicken, change the sheets — times 365 days in a row. It’s hard to see the significance when you’re so weighed down by the mundane.”

Surprised By Motherhood is not a how-to parenting book. It is one woman’s story, told in profound, raw beauty. The journey of a woman who pushed against the notion of motherhood, then slowly, gradually, not only grew into motherhood with the familiarity of a favorite pair of jeans, but now sees those spit-up-stained jeans as standing on holy ground. Lisa-Jo writes:

In the dark and tired and the everydayness of those moments, I started to feel it — the weight of glory, the glorious ordinary that is a gift to us who are knee deep in a world where it can sometimes feel like we have lost all the parts of ourselves we used to know…. Slowly, being a mother became more than a series of moments connected only by dirty diapers, empty baby wipe bins, toy cars strewn all over the bathroom floor, and bum cream. There was a harmony rising from the eclectic collection of tasks every mother cycles through in a day — this sacred marriage of the mundane and the eternal. The small directly related to the massive; kids walking around like so much eternity with skin on.”

If you are a mom, this story will likely resonate deep within. Lisa-Jo writes with such relatable experience, she will leave you saying, “Me, too!” Her brave honesty and candid glimpse into the reality of her life thus far had me choked up with sentiment and laughing out loud almost in the same breath. Lisa-Jo’s incredible depth of insight will generate waves of grateful introspection and ultimately, glory to God above.

Take this book and let it seep like a bag of Five Roses tea into the hot water of your soul. Then pull a whiny, hungry, overtired toddler onto your knee, pull out a chair at your Play-Doh infused table, and pour a cup of this goodness for your sleep-deprived friend.

Enter to Win a Copy of “Surprised by Motherhood”!

We have one copy of Surprised by Motherhood: Everything I Never Expected About Being a Mom to give away. Enter below for your chance to win.

What Does Your Toothbrush Say About You?

Surprised by Motherhood: A Review 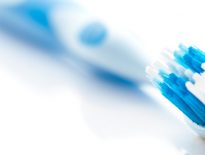 Articles What Does Your Toothbrush Say About You? 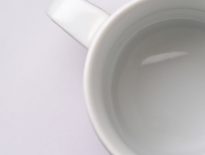