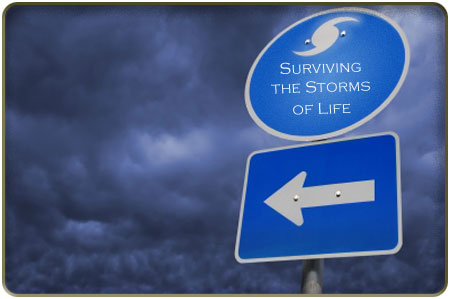 Living in Florida isn’t always sunny skies. My family and I have experienced three hurricanes in the Sunshine State, two of which happened within a three-week period.

The first was 15 years ago. There was no warning for the uncharacteristic out-of-season hurricane that hit the West Coast of Florida. Termed by some as The No Name Storm of the Century, it took our family of six by surprise. During it, we experienced hours of 14-16 foot waves as they beat their way into our home, ripping off hurricane shutters, blowing out windows, and sweeping prized possessions into the sea. Evacuation arrived 12 hours later.

Homeless for a few days, we stayed with friends until we found an 800-square-foot, two bedroom, one bath apartment to live in temporarily, which ended up being for the next nine months. I remember feeling numb as we searched for familiar items through eclectic storm thrown piles of debris. Baby photos of our four daughters were scattered, buried, and embedded in the ground by the force of the winds and waves, articles of clothing were found blocks away, tightly wrapped around palm trees.

However, we survived, gradually coming out of the no feeling zone to work through the fear, uncertainty, and sense of loss from the storm. We understood from the beginning that God had allowed us to go through the storm and had been with us through it all. Looking back, we began to see how God had worked all things together for our good.

Fifteen years later, the whole experience seemed more like a battle scar and an inspiring story to share. We felt we had recovered well from the trauma and had gained a new comprehension of the temporality of possessions. Time had convinced us that we’d received much more by God allowing us to go through it, in terms of spiritual growth and blessings, than we’d lost in monetary value.

That was until August and September 2004, when Florida faced four hurricanes in a row: Charley, Frances, Ivan, and Jeanne. From the time of the first hurricane, the Lord had moved us from Florida, to California, to Hawaii, and back again to Florida, only to be placed right in storms’ way. For these two months, we not only lived under constant threat of an approaching hurricane, but also the realization of being caught in one again. Two were headed directly towards our West Palm Beach area. I believed for certain God had put us in this location, but why in the pathway of multiple destructive storms?

Thinking I was a seasoned storm veteran, I was unprepared for the panic that tried to overtake me as Hurricane Frances headed straight for us. Feelings from the first storm, ones I thought had died with it, resurged. Finding myself overwhelmed by the prospect of dealing with this type of situation again, I started to examine what was at the root. Was I afraid of the unknown? Losing everything again? Did I really trust God?

As it got closer, fearful thoughts kept assailing me. Knowing in Scripture that Jesus tells us to "fear not," being fearful, definitely was out of God’s will for me. And I was convinced that when a hurricane is directly approaching, the safest place to be sheltered is in God’s perfect will.

Isaiah 26:3 states that, "You will keep him in perfect peace, whose mind is stayed on You, because He trusts in You." Fear, I saw, was lack of trust in God, so every time a fearful thought tried to stay in my mind, I would meditate on this verse.

Along with the approaching threat was the knowledge that my husband, Phil, had to be at the Hospice where he was the Senior Pastoral Counselor. My three daughters and I would have to go through the storm without him. I didn’t feel confident about this, but my girls were apprehensive about staying in a place known for dying. On the other hand, Phil and I had been through so many things together, I didn’t want to be apart.

Trying to be sensitive to my daughters’ feelings, the girls and I attempted to stay at home, until the first initial wind. Timed at around 70 mph, it hit and uprooted one of our trees, leaning it onto our house. With just a few hours before the main impact of the storm was projected to hit, I called Phil to come and pick us up. We drove past exploding utility polls and through blowing debris to our destination.

The wrestling between fear and peace continued until the eye of the storm was precisely over our location. As I lay on the floor of Phil’s office in a sleeping bag, hedged in tightly between family members, I felt God’s peace come over me. It was around 3 a.m. and it was as if God laid His hand upon me and the fear left. It was reassuring confirmation of the peace of God and His presence in the very center of the storm.

Even after the storm had ended and we approached our neighborhood to see dozens of trees torn apart, fear had been replaced by assurance that God was in control.

Returning home, we found that the trees and the screened enclosure had taken a direct hit, yet our house was untouched. I began to realize that the outcome of a storm doesn’t determine whether God is present during it or not. Scripture says that, "God is our refuge and strength, a very present help in trouble. Therefore we will not fear…. Though its [earth’s] waters roar and be troubled." (Psalm 46:1-3). God was our refuge and present help both times. Even though we suffered much loss 15 years ago, He was with us. And now with the house

intact, He had been with us, too.

A few days later, as I was looking up a Scripture pointed out by a friend, the verse following it caught my attention. It says, "You have hedged me behind and before, and laid Your hand upon me" (Psalm 139:5). It seemed to describe exactly what I had experienced as the eye of the hurricane passed over us.

A couple weeks later when Jeanne hit us directly, fear was absent. This time, Phil was able to stay with us at home. And although 120+ miles winds howling through the night sounded like they were ripping everything apart, we were surprised to see afterwards that there was no damage to either the yard or to the house. There wasn’t one tree branch down or one shingle missing. It seemed unbelievable! Of course after the storm, there was loss of electricity, curfews, lack of supplies, and missing traffic lights, but God had brought us through the storm once again.

It’s a mystery to me why my family and I have gone through three hurricanes. It seems like maybe one would be sufficient? However, Psalm 20:4 states, "May He grant you according to your heart’s desire, and fulfill all your purpose." I know my heart’s desire is to know Him more intimately. I guess part of it must be taking place in the midst of multiple hurricanes.

I’m also discovering that it isn’t a matter of how many storms I experience in life, but rather, that God is present to help me survive through each one. Three different hurricanes experiences, yet one sustaining and faithful God through each storm.

Surviving the Storms of Life 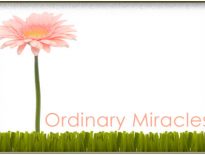 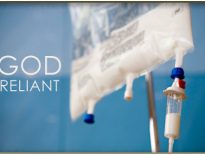