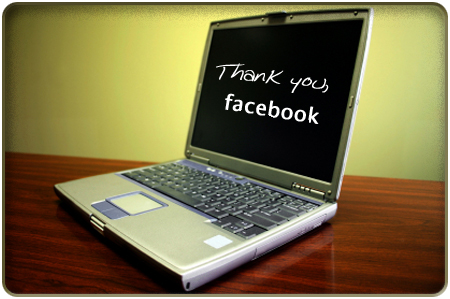 I met Facebook through my younger sister. She started college in 2005—when it was only open to college and university students—and we had a few late-night looks at the pages of her high school friends. It was fun, but at the same time, I was relieved I didn’t have to decide whether or not to join myself because I wasn’t wanted … yet. Fast forward a few years and the drama ensues.

The date with Facebook guy. I was bombarded with profile-like questions: “What’s your favorite movie? Color? Book? Quote? Football team?” After some awkward moments, it dawned on me why his answers were flowing so much more smoothly than my own. He’d been refining them on a regular basis since opening his account during freshman orientation, and I’ve never spent time nailing down my personal list of “favorites”—except the last. When you’re raised on the Packers, it’s hard to quit.

The Facebook communication breakdown. A friend of mine planned to see a movie with friends but didn’t know the meet-up time, so she called another friend on her lunch break. No answer. Just a texted response: “Check your Facebook.” Too bad she couldn’t do that while leading tours through an art museum. After work she logged on to find a full-blown Facebook conversation debating whether or not she was still going. Couldn’t her “friends” have picked up a phone and called?

The better-than-Facebook announcement. My college roommate called me to make sure I knew about the engagement (posted on Facebook) of a mutual friend. The bride-to-be had called me just days before. I was happy: two quality conversations with long-time friends because they both knew I wasn’t on Facebook and wanted me to be informed. I would far rather get the phone call than read the update.

The Facebook wedding. No, they didn’t meet on Facebook, but they did reconnect there. And, perhaps appropriately, this was the event at which the clamor to join Facebook reached its height. The bride updated her Facebook page via Blackberry just before heading down the aisle: “I’m getting married!” We, the supportive bridesmaid sisterhood, assured her this was fine and would only be weird if she whipped out her phone mid-vow or anytime during the ceremony.

The big city lawyer and the suburban mother-of-two crashed another reception for one song and then spent at least a half hour debating how to phrase their daring in their next status updates. I got to exclaim over the cuteness of another friend’s two sons upon seeing them for the first time. Her comment: “If you were on Facebook, you could have seen them a long time ago.” My response: “But then their Mama wouldn’t have gotten to witness my oohs and ahhs in person!”

By the end of the wedding weekend, I couldn’t escape the “friend” requests. My inbox was bombarded with them, and I’d never even logged on to Facebook. I had to make a choice. So, I pondered my options.

I knew that this was more than a spontaneous decision. But I found no resolution in the traditional pros and cons of the “to join” or “not to join” debate. In and of itself, Facebook is amoral, neither good nor bad. It’s a decision that each person has to make for him or herself.

As potentially hundreds of past acquaintances waited in cyberspace for me to “friend” them, I stumbled over two questions I couldn’t ignore: What does it mean to be a friend, and am I a good one to those God has already placed in my life?

Tempting as the whole thing sounded, all I could think of were the “missed call” list on my cell phone, the unopened messages in my inbox, and the stack of birthday cards waiting to be written (some a little late). Was it wise for me to consider communicating in a new way? I was failing to keep up with ones to which I’d already committed.

It seemed to me that Facebook had the potential to stretch my friendship field a million miles long, but less than an inch deep. Could I reasonably hope to use Facebook to establish meaningful relationships with people I had already lost touch with at least once in my life? I once gave up reading celebrity gossip for Lent, so I can vouch for the fact that reading someone’s status updates—and even honestly being interested in them—does not make me their friend.

My thoughts transformed into a prayer of thanksgiving for all the special people with whom I have shared life’s journey. My renewed awareness of them inspired me to craft a list, to pray for each of them, and to establish intentional goals for growing those relationships. For me that involves phone calls, e-mails, notes in the mail, continued prayer, in-person activities, and a commitment to spontaneously pray or touch base when a particular person comes to mind. It also involves returning phone calls and e-mails in a timely manner.

It’s not a hard-core system, and it’s not perfect, but addressing friendship in an intentional way has made me more aware of the blessing of friendship and of my role in being a friend. It is all too easy to fall into a pattern of receiving friendship. And in some seasons of life, it is understandable. But I know I cannot build a sustained, healthy relationship on responding while never extending my hand. In my new commitment to friendship, I am often reminded of Acts 20:35: “It is more blessed to give than to receive.”

Admittedly, the thought of reconnecting with long-lost acquaintances is a particularly tantalizing part of Facebook’s offer. There are people I have known who I truly do miss. And yet, I see an answer to that, as well. In just the last year, through a series of unorchestrated events, a handful of people from my past have re-entered my life in meaningful ways. I have found that I do not regret or miss the years we were out of touch. Rather, I marvel at the resiliency of friendship, the wonder of timing, and the intricate beauty of integrating a shared history with a hopeful present.

Facebook membership may still be a part of my future. It doesn’t really matter. For today, I have a clear understanding that friends are a gift to be valued, to intentionally pursue and care for, and on whom to practice selfless, others-centered, unconditional love—all because I took the time to consider the social networking tool. Thank you, Facebook! It was nice to meet you. Maybe we’ll be friends somewhere down the road.

Spread the love
Related Topics:FacebookfriendshipMiriam Slagle
Up Next 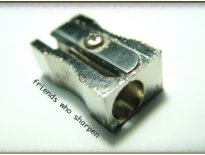 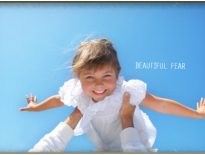