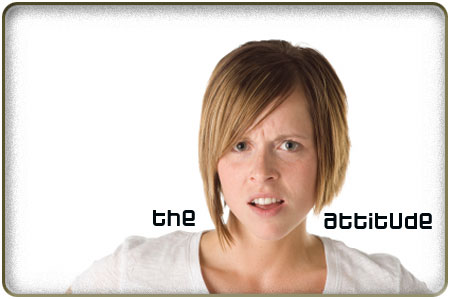 Do you remember the story from Anne of Green Gables where Anne breaks her slate over Gilbert Blythe’s head for calling her "Carrots"? Even after he asks for forgiveness, she continues to hold a grudge against him for years because he hurt her feelings. She punishes him by snubbing him whenever she gets a chance.

Although I lack the fiery temper, I too can hold a grudge. Actually, when I was young my family would call it "an attitude." This meant holding onto an offense I felt someone committed against me for a long time. I did not speak to my offender unless necessary. I gave them the iciest treatment possible. I was civil, but that was it.

Eventually, I outgrew this behavior to a large extent. Or so I thought.

Then I got married.

Now, I love my husband, Josh, and in general we get along great. We have a lot of the same interests and rarely disagree when it comes to the "big" things in life that many other couples argue about: money, child rearing, and housework. And if we do disagree, we usually discuss the issue and come to a mutually acceptable conclusion.

But every once in a while, Josh may do or say something that hurts my feelings or offends me in some way. It’s usually over something so small I can’t even remember why I’m offended a few hours later. But whatever the reason, it’s in these circumstances, that later seem rather trivial, that I get "an attitude."

Recently, our source of contention has been over the best time for Josh to go running. He’s has been training for a half-marathon as a way to get into the habit of exercising. However, with his job and other responsibilities, it’s been hard to find the perfect time to fit training into his schedule. Especially training at a time that’s also convenient for me.

As he heads out the door for an hour long run after just getting home, I burst out, "You’re going running now!"

"Yeah. You know I feel sick if I try to run after dinner."

I glance at our twin toddlers are who are both clinging to my leg whining.

"But can’t you go tomorrow? Or in the morning?"

"You know with my early schedule I really can’t go in the mornings," he says, heading out the door.

I often spend the next hour fuming, thinking about how Josh isn’t being very thoughtful and how unfair it is. By the time he gets back, I want to punish him with my cold shoulder and give him haughty Ice Princess looks. I hold a grudge and display "an attitude."

The truth is that we’d actually already agreed that the only available option for running was right when he got home. Not to mention I’d been encouraging Josh to start exercising for months, but now that it was reality, I decided I didn’t like it so much. I was so used to him helping me with dinner and the boys most nights that I resented him not being there like he usually was.

It’s only been recently that I’ve seen my tendency to hold grudges in part as unforgiveness. My capacity to forgive some pretty painful offenses has been tested in recent years. It’s when I’m faced with these "big" offenses that I’m very aware of my need for God’s grace to help me to be able to forgive, because I know in my own strength I’m not capable of it. But in the little daily pricks of life, I so often overlook my need for God’s help. When it comes down to it, I realize I can’t forgive anyone for anything on my own.

Now that I see my tendency to hold grudges is actually unforgiveness, I know that to obey God I’ve got to deal with it and not let my grudges start piling up. And it doesn’t matter if the other person is sorry or even asks for forgiveness. My heart needs to still be able to extend forgiveness, no matter what.

I reread Elisabeth Elliot’s little booklet, As We Forgive Those . . . and was struck by what she had to say about The Lord’s Prayer and what it says about forgiving people who hurt us:

We don’t pray "Forgive us our trespasses as we forgive those who ask us to." We say, "as we forgive those who trespass against us." It’s not a matter of ignoring what’s been done. When God forgives He doesn’t merely overlook our trespasses. He doesn’t ask us to overlook others’ trespasses either—He asks us to forgive them. So that means our Christian obligation is to forgive anybody who has invaded our rights, our territory, our comfort, our self-image, whether they acknowledge the invasion or not.

I want to become a quick forgiver. I want to forgive Josh for any perceived offense even before he asks! True, it goes against everything in my human nature, but I know with the Holy Spirit’s power at work in me, it can be done. In the end, it really comes down to my obedience. Will I obey God as He commands me to do in this area?

These days, I’m trying to look at grudges in a whole new way. And I’m praying that the next time I’m tempted to hold a grudge like Anne of Green Gables, I’ll remember Christ’s forgiveness for me, and be able to quickly extend that same forgiveness to whoever offends me.

Danielle Ayers Jones is wife to an amazing husband and mother to three. She’s a writer and photographer, combining both loves on her blog, Dancing By the Light. A space where she seeks to find beauty in everyday places, joy in hardship, rest in the struggle, and encouragement in unexpected places. You can follow her on Twitter @daniajones. 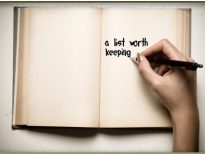 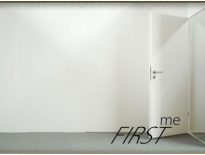