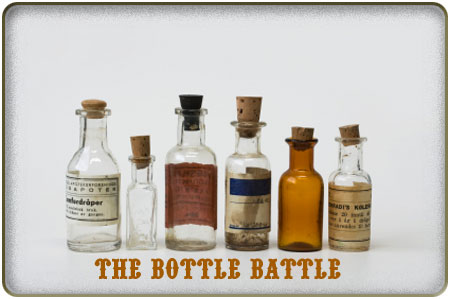 Tears of disappointment threatened to flow as I listened to the words my husband Ted was saying. "I’m having dinner with a client right after work, so I should be home by 7 p.m. Can I bring the Tylenol home then? Things are just really busy here and I don’t think I can get away before then."

Just a half hour earlier I’d called Ted asking if he could use his lunch hour to pick up a bottle of infant’s Tylenol and bring it home. Our two-month old had received five vaccinations that morning and I’d arrived home to discover we were completely out of the pain reliever. Not eager to pack three young kids in our mini van a second time that day, I called him in desperation.

My knight in shining armor hesitantly agreed to come to my rescue. But within 30 minutes, things had changed. He could not—or would not, as I was quick to think—come to my rescue after all.

"I’ll go get it," I snapped, not trying to cover the disappointment in my voice. "I don’t want her to have to wait all day for the medicine. She might get a fever and since we’re going out of town tomorrow, I don’t want to risk that."

Hanging up the phone, I told my four-year-old and two-year-old it was time to go to the store.

Frustrated, I answered, "Because Papa can’t go to the store. So we have to."

While I’m normally careful not to speak poorly of their papa, I gave in to my anger, deciding not to guard my tongue. "Neither do I. But we have to go. Believe me, Mommy’s not too happy with Papa right now."

Not too happy was an understatement! Inside I was fuming. On a scale of 1 to 10, my upset odometer was nearing 11. I couldn’t believe he wasn’t able to sneak away for forty-five minutes to help me. Forty-five minutes! To me, it seemed like nothing in the scheme of an eight-to nine-hour workday. Especially since tonight he had a work-related dinner and would be home later than normal, leaving me to handle the evening meal and possibly bedtime on my own.

As I helped the girls put on their shoes and buckled them into their car seats, I was determined Ted would hear about this when he got home.

Yet, as I drove to the store, the Lord gently spoke to my hard heart.

Quietly, He reminded me of the conversations Ted and I had had concerning his work load. Ted had mentioned several times how each day he felt like he was just chipping away at all the work before him. He’d already skipped lunch several days this week because of work demands. Not only that, but he was taking tomorrow off, leaving him only today to finish all that needed to be done before the weekend.

My hard heart started to soften. As it did, I was reminded of something I try hard to practice: holding my fire.

Holding my fire, especially in my marriage, isn’t easy. What is easy is to allow myself to embrace anger and frustration when I feel wronged. What is easy is to let my husband "have it" when his choices in a particular situation don’t please me and my preferences. But many times, easy isn’t worth the cost it can bring: a conflict-ridden, unhappy marriage.

Instead, it’s the hard work of self-control that helps to produce the fruit of a happy marriage. Self-control to determine whether a certain incident—such as not bringing home infant’s Tylenol over lunch—is or isn’t worth the conflict. Self-control to watch my words, yes, but also a heart attitude that births those words. Self-control to exercise grace and understanding … when I feel anything but.

Ultimately, self-control to walk in wisdom about when to hold my fire.

My thoughts turned to the story of Queen Esther. This biblical heroine is an example of a woman who walked in wisdom in the area of holding her fire.

When Esther’s cousin, Mordecai, informed her of Haman’s evil plot to exterminate her people, she didn’t rush out to approach the King or lash out in anger against Haman. Instead, she held her fire, instructing Mordecai:

Go, gather all the Jews to be found in Susa, and hold a fast on my behalf, and do not eat or drink for three days, night or day. I and my young women will also fast as you do. Then I will go to the king, though it is against the law, and if I perish, I perish." (Esther 4:16)

When faced with a life and death, time-sensitive situation, she took the time to turn to the Lord. Esther didn’t rush to address the situation in her own strength and in her own timing. She knew she would need the Lord’s favor and wisdom when approaching the King. And when she did eventually visit the King, she didn’t simply blurt out the problem. Esther waited for the right opportunity. She’s a perfect picture of self-control.

Though the battles I face are smaller than Esther’s, I can still learn from her. Her story teaches me that walking in self-control is a God-given safeguard. Self-control in my words and actions and timing can make all the difference in my relationship with Ted.

At the end of the day, I decided to hold my fire over the bottle of infant’s Tylenol. Rather than confront Ted about it, I met him with the grace and understanding that flows from a self-controlled heart.

When Dreams Must Surrender 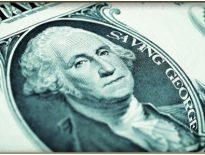 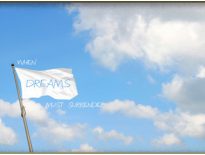 Articles When Dreams Must Surrender