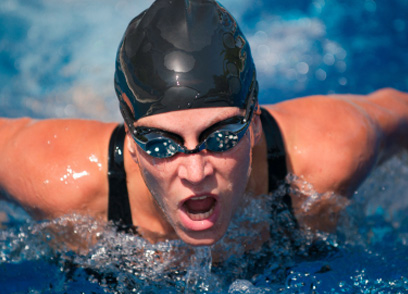 My eyes strain to open as I push through to complete the butterfly stroke to the other end of the pool. However, there’s too much churn in the water created by my young arms, as well as from the wave that keeps overwhelming me. I finally stop, emerge heaving, and, while treading water, I exclaim to my teacher in my 10-year-old awe, “That is hard!”

Almost 20 years later, my eyes struggle to open again, and although I’m not underwater, it certainly feels like it. Her tiny newborn, raspy cry has begun yet again. My husband stirs in his sleep next to me, as his fatherly subconscious has sensed her need, too. My mind directs my body when it yells “Get up!”, but my body does not listen. It is tired and weak. I remember previous — namely, childless — sleepless nights and races run, and confirm once again, that nothing compares to this new kind of “hard.”

My body finally obeys, and I peer over the bassinet at my squirming baby, whose mind and body are also battling with each other — need over sleep. Somehow, as a creation of the Father Himself, my nurturing arms find the strength to embrace her for the fifteenth time that night and meet those tiny — albeit, life-giving — needs.

Now, my tiny daughter’s body and mind battle other challenges in her 2-year-old world. Much to my own anguish or entertainment (and some days, both), I see the frustration in her heart when something will not go her way. I carefully try to explain such laws of nature that do not allow her to have the light in her room turned both on and off at the same time. I’m thankful that sleep is more abundant these days, as these principles are much more complex when met with a “Why?” from a small-voiced girl.

“Yes, why?” my soul whispers to my Father — but not about the laws of nature, rather, the laws of motherhood. As soon as I’m comfortable with one milestone, my daughter’s on to the next. I’m scrambling to compensate for those teaching moments that were lost before they were known, and especially for my own patience that expired at the onset of her very first, “No.”

The world does not seem to wait for me to catch up, either.

Last year, I greeted her first Mother’s Day Out teachers with trepidation and then, finally, trust. But, then, this year began with the preschool director sharing the news that our children had graduated to the pick up/drop off line. I did not gasp then, but only because I, like so many others, knew beforehand and had dissected our concerns about it over play dates and popsicles all summer long. How were our children — namely, us — going to get through this newness that never seemed to let up?

That monumental day, my mind tells my body to “Pull it together!”, but it’s too late for my tears that already leave my eyes after driving off. Her “Bye, Mommy!” echoes in my heart. This kind of thing happens everyday, to every mother, I rationalize to myself. But today, for me, nothing compares to this new kind of hard.

These moments always seem to transport me back as a scrawny 10-year-old splashing and gulping through the butterfly stroke for the first time. I pull and push my arms down to feel the wave my efforts have created rush over my head. I gather a breath, and push down again. The harder I push, the bigger the wave is that crashes above me.

In those times of impossible strength as a mother, I think of that wave, but this time, it’s God, who comes over me after my efforts are in motion. While I push in faith, He overwhelms me with strength for the next milestone. Where I end, He fills in the gaps as easily as water rushing between rocks.

As I swim through each newness, other mothers before me assure that the current ahead is even stronger, and the rapids are not going to let up. Teenage years, dating, college, and more loom before me as inevitable obstacles. But, thankfully, His Word is there, too, as David says in the Psalms, “I look behind me and You’re there, then up ahead and You’re there, too — Your reassuring presence, coming and going” (Psalm 139:5).

Like that wave, His presence comes and goes, projecting strength as I push to the next challenge. My arms can get tired at times, but knowing that He’s there, waiting to envelope me, keeps me going. I sympathize with the shell-shocked looks of new mothers who, while holding their little bundles of joy, lean toward me in wary confidence to exclaim, “This is hard!”

I wish I had some wise words of comfort, like “it gets easier,” although I don’t really believe that — it gets better, not easier. I also don’t have any secrets, other than what trial and error have proven. I sometimes flounder around as much as they might, while gripping on to the promise that the next wave of God’s strength is just around the corner. But, then, I remember what I need to do — what they need to do — to get to the next milestone. It’s a simple, but essential thing to do in those desperate moments, those times just before the Spirit rushes over us: Remember to breathe.

Spread the love
Related Topics:Alison Frenzel
Up Next

The Nature of Fire 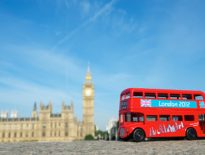 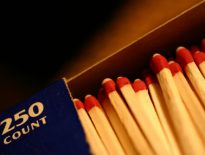 Articles The Nature of Fire