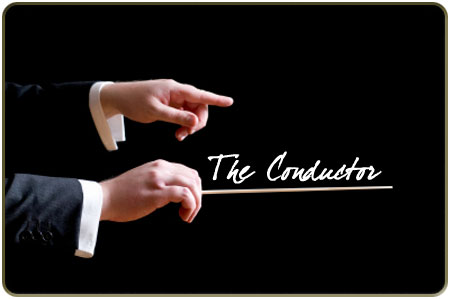 In March of 1985, when I was 8 years old, my family attended the Oklahoma Christian Convention. That year, the children’s session held a Bible trivia contest, complete with buttons and buzzers and flashing lights, and the man in charge volunteered me to participate.

I remember it vividly. I sat at a table with four other unenthusiastic contestants — four other kids whose thumbs were poised over their buttons. As the leader asked questions about Noah and Abraham and Moses, I sat numbly, too scared to answer. A know-it-all boy began to run away with the contest. At first he seemed unstoppable, buzzing in with answer after answer. But soon enough, my nerves relaxed and I realized that I knew the answers just as well as he did. My competitive streak kicked in with my buzzer, and I made an amazing come-from-behind run.

I was unstoppable. Question after question, my superior intellect and rapid speed were simply too much for that boy.

But sadly, when the game ended, I still hadn’t made up enough ground for first place. A few more questions, and I would’ve had him! I took no solace in second place. The know-it-all and I were brought before the convention kids and awarded our ribbons. Mine red, his blue.I stood right next to that boy, coveted his blue ribbon, and despised him.

Later, I showed my prize to my parents, who of course were very proud. My dad — a pastor — even presented the red ribbon to me in front of our whole church the next Sunday. I nailed it up on my bedroom wall, where it hung for years. A label across the back read: "Oklahoma Christian Convention. Go For The Gold. March 23, 1985." And every time I saw those words, I remembered that boy who beat me, and how he should have lost, and I should have won.

That was 1985. Fast-forward a dozen years. I grew up, moved away, went to college, and fell in love. In 1997, after dating for two and a half years, Andy and I were engaged and preparing to start our life. One afternoon a few weeks before the wedding, we stopped by Andy’s parents’ house to pick up his old boxes of childhood mementos. We sat in the living room floor and leafed through his memories. Soccer trophies, high school yearbooks, way too many pictures of old girlfriends. As I turned over a few newspaper articles, my eyes fell on something oddly familiar. I screamed, "No way. No WAY! NO WAY!"

My fiancé was that boy. Andy — my Andy! — was the know-it-all I despised.

It’s so fitting, really. The whole story is just like us. Andy didn’t care a bit about the contest, and I took it very seriously. He won without trying, and I tried hard but still lost. He tossed aside his winning ribbon, and I stewed over my losing one. He has absolutely no recollection of the entire event, and I recall every detail. We haven’t changed much in all these years.

And it’s so like God, too. He knew all along! How God must have snickered to Himself on the day we were awarded our ribbons, knowing we’d meet again someday. Knowing we’d never really change. Knowing that He would someday take two such unalike people and join them into one.

God really is the conductor, orchestrating a beautiful symphony out of my life, when I let Him. In His goodness, God can bless an uptight type A like me with a laid back Bible trivia whiz like Andy. God can even bring good out of my heartaches and bad choices. How comforting to know that nothing is beyond His control. He has a plan for my life, and it is good.

It’s easy to overlook God’s goodness, and quite frankly, some days goodness is hard to see, even when I’m looking for it. In certain areas of my life, God’s goodness seems painfully absent. And yet, the greater the hardship, the greater the opportunity for God to act. God, as the psalmist writes, is "gracious and righteous; our God is full of compassion" (Psalm 116:5). God simply is good.

How comforting to know that, whether I see it or not, God is bringing about good on my behalf. I can trust His orchestration. I can gratefully say with the psalmist, "Be at rest once more, O my soul, for the Lord has been good to you" (Psalm 116:7).

I still have our Bible trivia ribbons, of course. From time to time I’ve displayed them in different places around our house. One day I’ll get a shadow box for them, perhaps with a plaque inscribed, "Go For The Gold" or "Our First Date." The ribbons remind me that my God knows the future, so I don’t have to. I can rest in the goodness of His plan, enjoying the beautiful music that my Conductor orchestrates.

Amy Storms lives in Santa Clarita, California, with her pastor-husband Andy, their kids Nathan, Anne, and Molly, and a terribly unmotivated basset hound named Belle. Along with guacamole and Dr. Pepper, words are some of Amy’s very favorite things. She loves to read words, craft them on the page, and say them. Too many of them. Read more of Amy’s words at www.amystorms.com.
Spread the love
Related Topics:Amy Storms
Up Next 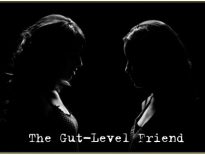 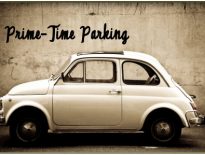