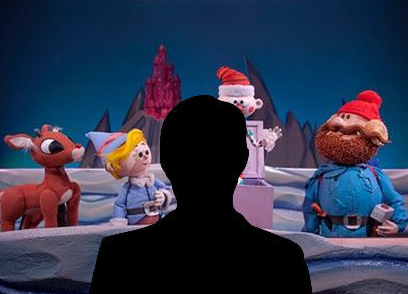 My daughter Ava’s birthday fell on Black Friday this year.

While other Atlanta locals combed Wal-Mart, Atlantic Station, and IKEA for the best deals on HDTVs, Banana Republic blouses, and LACK side tables, our family attended the Center for Puppetry Arts’ morning performance of Rudolph the Red-Nosed Reindeer.

I think everyone else who wasn’t shopping did too — and they brought their grandmas and uncles and second cousins with them. I’d never seen the Center this busy or the line that long.

“Can we sit in the front row?” one of my daughters (whose name is not Ava and is omitted due to possible embarrassment at this post in future years) asked.

On our previous trips to the Center, we’d grown accustomed to the priority seating that came with being a member. To date, my girls had never sat further back than the second row. But this time, there had to be at least 20 people ahead of us in line.

I had a feeling their happy reality up to this point was about to be altered.

I was wrong. We ended up second row, dead center. I inwardly sighed in relief, that is, until I had to explain three times to the child-who-will-remain-nameless that I didn’t know why the first row was kept empty.

After my ignorance finally sufficed, calmness returned. Well, at least until they arrived — a dad, a mom, a grandma, and two children who didn’t realize the front row was intentionally left open. A family whose father — a man I’d guess was at least 6 feet tall — sat down directly in front of said child. Her countenance immediately changed.

It was in that moment that the payback for all my “I can’t see!” complaints as an 8-year-old at the movie theater found me. Yep, like mother, like daughter.

My patience long waned, I called her over to me and said, “You have a choice. You can choose to focus on the good or on the bad.” Little did I know I’d need that same advice 30-minutes later after removing our noisy, teething toddler from the theater.

As I followed our 21-month-old around the museum, taking in the local “sites” — you know, Big Bird, Kermit the Frog, the Fraggles — I pouted over missing the Island of Misfit Toys. Yep, like mother, like daughter.

I was reminded to practice what I preach. If I expected my daughter to choose the good, I had to also.

Despite the tall man in the front row and the teething toddler, just like a bumble, our Black Friday birthday bounced back without any further hitches, that is, until we stopped by Toys R’ Us on a whim. But that’s a blog post for another day.

A Girl and Her Emotions

The Curse of the Tall Man 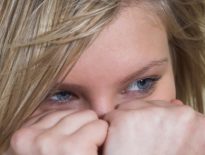 The Daily Sip A Girl and Her Emotions 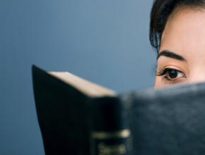