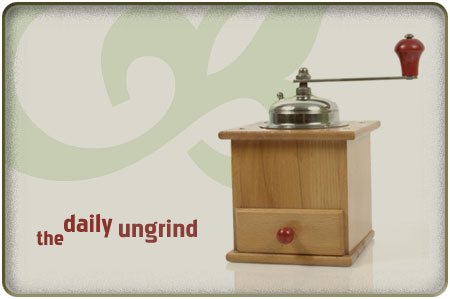 If you’d accurately predicted my life as I now know it eight years ago, I probably wouldn’t have believed you.

At twenty-one, days of diaper changes, dirty dishes, and multiple trips to the grocery store for that bottle of ketchup I perpetually forget, didn’t even cross my mind. I wasn’t planning on attending graduate school so I could spend my days buying tomato-based condiments in order to appease screaming toddlers. No. I had different goals in mind and they involved Hollywood.

It wasn’t that I didn’t want the titles of "wife" and "mother." I did. But later. After I spent a few years pursuing a producing career in Tinseltown. After I had a few television series under my belt. After I had enough money in my bank account to afford years worth of diapers, formula, and all of the "must-have" baby gear.

Turns out, "after" wasn’t part of God’s plan for my life. I met the man I now call "my husband" in my first year of grad school. Within a year we were married. In our second year of wedded bliss, I became a stay-at-home mom as we welcomed our first baby into the world. Nineteen months later, our second daughter joined the ranks of the Slater family.

Sometimes my mind wanders into what I term "dangerous territory." The land of "what ifs." What if I’d gone to L.A. after graduating? What if I’d gotten into television producing? The answer is always the same. Whatever the reality to those what ifs may have been, they can’t possibly compare to the feeling I get when one of my daughters says, "Good night, Mommy. Sweet dreams." Or when my husband calls me from work just to see how my day’s going.

True. I have no regrets. I love my husband. I love my daughters. I love my Nissan Quest mini-van. I especially love that while other moms and dads are confined to desks for eight hours a day, five days a week, my office is the zoo. The park. The aquarium. The library. Even the mall. Lucky me.

But being regret-free doesn’t mean I’m always content. I’m not. There are moments when the sight of one more dirty dish, one more load of laundry, or one more bowl of spilled cheerios seems beyond what I can take. Moments when the daily grind of life is overwhelming.

Have you ever felt like that? Although maybe for you the dirty dish is another file on the top of what seems to be a bottomless pile of folders. All marked "to do." Maybe the load of laundry is the third mandatory meeting you’ve had to attend in a given day. Perhaps the spilled cheerios is your commute back and forth to work. A commute that’s 20 minutes too long.

Actor Denzel Washington, best known at my house for his role in the 2000 Disney film Remember the Titans, once said, "In any profession it gets to be a grind." Whether we’re stay-at-home moms, spend our days behind a desk, or are still pursuing some sort of degree, day-to-day life can sometimes feel mundane. Repetitive. Unfulfilling. Stressful. As a result, we can become discouraged and uninspired.

Fortunately for us, as Christians, we don’t have to be subject to the daily grind. God has given us what we need to ungrind our day-to-day lives.

This answer isn’t new. It hasn’t recently been discovered hidden within the pages of Scripture, now revealed as "The 10 Biblical Secrets to Transforming Your Daily Life from Mundane to Exciting." Rather, it’s found in living our lives with joy.

Dictionary.com defines "joy" as "the emotion of great delight or happiness caused by something exceptionally good or satisfying." I found this definition fascinating. Why? Because when applied to the Christian life it makes sense. Our joy—this "emotion of great delight or happiness"—is found even in the worst of circumstances because it isn’t based on our situation. It isn’t found in something. Not in finances. A successful career. A trouble-free family. A nice house. Rather, it’s found in Someone who is "expectionally good" and "satisfying." It’s found in the Lord. Our joy is based on the faithfulness and the goodness of God. On the promise that, as Romans 8:28 says, "for those who love God all things work together for good, for those who are called according to His purpose."

How can we learn what it means to walk out our days with joy? One way is to study the life of Jesus.

Over the years I’ve seen a number of films depicting His earthly life. By far, my favorite is the Visual Bible’s Matthew. What I love about this film is the portrayal of Jesus by Christian actor Bruce Marchiano. He presents us with a picture of a Jesus we don’t often see. A Jesus whose earthly life is characterized by joy.

In his book, In the Footsteps of Jesus, Marchiano shares,

Jesus had no need to maintain some air of poise, trying to impress people with His holiness. He had no insecurities, and His holiness certainly wasn’t wrapped up in outward appearances. He had nothing to prove and no reason to hold back. He was God, and He had no problem fully being who He fully was and fully living what He fully felt, every full moment of every full day.

And that word "full" is really how I came to see the joy of Jesus. It wasn’t so much just a smile and a laugh, for as hard as He laughed and as big as He smiled, that’s how hard He wept and how deeply His heart broke.

The joy of Jesus, I discovered, was wrapped up in His living in all the fullness of life’s ultimate adventure—a bigger-than-lifeness, robustness, victoriousness that comes with living 100 percent in the Father’s will 100 percent of the time.

While walking this earth, Jesus wasn’t merely "a man of sorrows, and acquainted with grief," as Isaiah 53:3 tells us. He was also a man of joy. As Marchiano points to, joy overflowing.

Just think how He may have felt when the blind man stood before Him and found his sight restored. When the deaf man felt His touch and discovered he could hear. When the dead were raised. When the lame could walk. When the lepers were cleansed. When the sinner received forgiveness. In the face-to-face fellowship and friendship of His disciples. I’d venture to say that He felt joy. Joy in bringing healing to the broken. Freedom to the captive. Rest to the weary.

I long to follow Jesus’ example. To walk in joy in every area of life. The good, the bad, the ugly, and the mundane.

It’s interesting to note that Jesus actually prayed in John 17:13 that His joy would "be made full and complete and perfect" in us. Imagine what our day-to-day lives would be like if we operated in His joy. I believe we’d began to view and approach life differently. Not only would we find ourselves encouraged regardless of our circumstances, but we’d start to see that the seemingly mundane tasks in a given day can serve to encourage others.

With joy, making a meal, attending a meeting, or driving to the office aren’t part of the daily grind. Instead, preparing a meal is a way to serve our family, our friends, or someone in need. Attending a meeting is an opportunity to bless our co-workers. Either by bringing donuts and coffee or by taking the time in pre-meeting conversation to ask how a co-worker’s really doing. Driving to work is a chance to pray. To intercede. To listen for God to speak.

When we live a life characterized by joy, we’re able to appreciate all there is in our day-to-day lives, rather than simply being resigned to make it through each day. Through joy we discover the not-so-new way to daily ungrind. 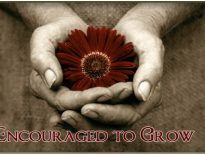