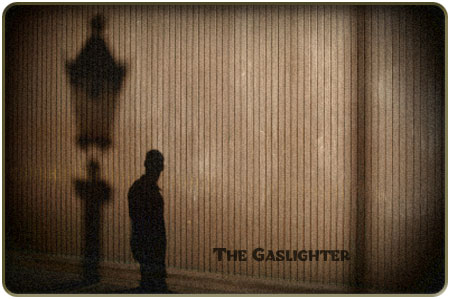 It happened again today. A song reminded me of her and I got so sad. It’s always songs, isn’t it? And most of them aren’t even ones she would know or recognize as relating to her, but the lyrics describe some indefinable element of our friendship that until that moment had been ambiguous to even me. Memories pour into my brain like water filling an empty cup.

A few years ago, I was hurt badly by this friend. It was the kind of hurt that makes me remember every other time in my life when I’ve been wounded and wonder if I’m destined to go through life repeating that pattern. Like I have a sign on my back that reads: “Please. Hurt me. No, really. Don’t hold back.”

This is the pain of betrayal. I no longer feel understood on a level that goes deeper than words. I don’t constantly experience the power of what I believed to be her confidence in me, flowing through me like warm milk. I have to grieve what I trusted was the experience of being accepted for exactly who I was, right then — and at the same time, relying on someone who I knew had a vision for who I could become. I would have bet my life on it — and I would have been wrong.

I’d be lying if I said I didn’t miss the way I felt when we were together. When I was with her, I felt like I was living out the ideal version of myself. It still feels at times as if a dream died when the light of our friendship was finally extinguished. And this was the dream: When she and I were friends, I never felt alone. Ever. Not for a single second. If she was the flame, I was the moth — irresistibly drawn to her intensity and potential. She lit the world up in a way that made me feel like I was significant, simply because we were friends.

Despite the euphoric emotions I often had when I was with my friend, she was also one of the most manipulative people I’ve ever met. She was what’s called a “gaslighter.”

This term “gaslighter” comes from the 1944 Ingrid Bergman film Gaslight, where an evil husband tricks and manipulates his wife into thinking she is insane. From the film’s title, “gaslighting” acquired the meaning of ruthlessly and deviously manipulating an individual into believing something other than the truth for their own selfish purposes.

There was little to no reciprocity in our friendship. My requests were too inconvenient or my emotions were overly messy or my fears were inappropriately irrational. She couldn’t suspend her own agenda or allow me to be needy or give me credit. If she wasn’t getting anything out of our phone conversation or lunch or relationship that helped her in ways that mattered to her, then she didn’t prioritize it. Ultimately, I couldn’t keep the pilot light lit all by myself.

For awhile our relationship worked because on some level, I decided that I needed to tolerate anything, and that I had the power to fix everything. I made up a vision of myself as able to transform any situation, if only I did things right.

While our friendship is no longer, forgiving her is still a frightening concept. In her book, The Friends We Keep, Sarah Zacharias Davis writes:

What makes forgiveness difficult? I suppose the memory of the wrong lingers, and so does the hurt. Perhaps we are fearful that the wrong will go unpunished and that the one who hurt us won’t realize the depth of our hurt. Maybe if she is forgiven, she won’t regret what she did as long as we believe she should. By the act of forgiveness, are we giving up a grudge that is our right to bear? And perhaps we are afraid of being hurt again.

One of my fears about forgiveness is that it invites the other person to keep doing what they did to me over and over again, indefinitely into the future for as long as they want, while I just take it like Teflon.

But I once read something that said: “Forgiveness is giving up all hope of a better past.” I liked that. It made me think of forgiving someone as part of putting the past behind and moving on. Ideas like this help me to believe that it’s possible to forgive someone without necessarily agreeing to anything yet to come.

Author Margaret Feinberg says, “The times in life when I get the most hurt in relationships, the moments when I am most tempted to pull back, are when my expectations are out of line. When I expect someone to respond in one way and they choose another, I get disappointed or hurt.”

Then she gives this advice: Drop your expectations. Try and remember that people cannot give what they do not have.

In a nutshell, that’s what happened with my friend and me. I realized that she could not give me what she did not have.

I still grieve that she didn’t have it. I wished she did like I wish for my children to have character or my husband to have success. But she wasn’t able to be there for me when I needed her, despite my life at times feeling like it revolved around hers.

I suppose there may always be songs that will remind me of her. But with each memory, I hope the pain of betrayal is overshadowed by the beauty of forgiveness.

Life, In Spite of Me: An Excerpt

Michele Mollkoy served in full-time vocational ministry for seven years before transitioning to work in higher education. A recognized leader and gifted communicator, Michele has a unique ability to see where people can go in the future and help them get there. Her wisdom, experience, and intuitive sense combine with her warm approachability to spur others on to love and good deeds. Prior to her current role, Michele has held staff and management positions in real estate, non-profit, and academic institutions. A known resource regarding women's formation, empowerment, and self-definition, Michele is also a sought-after speaker and teacher. As a consultant, her clients have ranged from young women seeking to plan their future to mature women discerning their next steps. Michele holds a B.A. in Psychology from the University of California at Davis and an M.A. in College Counseling and Student Development from Azusa Pacific University. She shares her love for Christ and spiritual formation issues through leading young adults in her role as Director of First Year Experience and Special Programs at Westmont College, and serving as adjunct teaching faculty for Antioch University Santa Barbara. 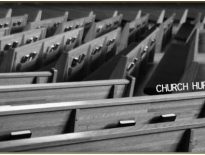 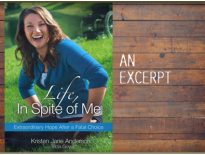 Articles Life, In Spite of Me: An Excerpt