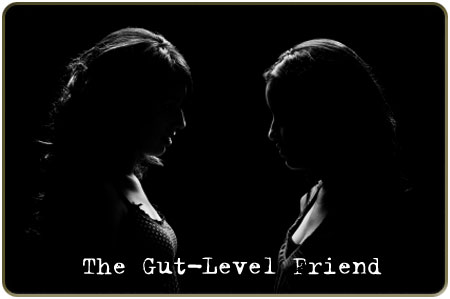 One of my best friends in the world is 11 years younger than me. Now, we haven’t always been so close. In fact, our first year of knowing each other consisted of me correcting her every move. Literally. I was her dance team instructor. Never did I think in 1999 that almost a decade later I would be sharing some of the most meaningful times of my life with her.

I didn’t know Aimee very well when I left my job at the high school. She had only been on the team for a year. But we’d formed enough of a connection that she felt comfortable e-mailing me to keep in touch. I say she felt comfortable because at this point I was still maintaining the distance between teacher and student that I was trained to keep.

Not long after her initial contact, she started pouring out her heart to me and my compassion took over. I e-mailed her my phone number and I soon received a sweet call from a desperate 16-year-old looking for comfort and answers. Aimee’s life was overwhelming to her and she had nowhere to turn. But God, in His love and knowledge, sent her my way. I would find out years later that it wasn’t only for her benefit, but mine as well.

I had the privilege of sharing the truth of Jesus’ love with Aimee soon after that first phone call, and about a week later, she turned over her life to Him. Our relationship changed at this point and I found myself in a mentoring role. It’s funny now that I look back on it. I had only been serious about my relationship with God for less than a year, yet here I was trying to tell her how to do it. So like me—in over my head and having no idea.

Over the remainder of her high school career, Aimee and I became closer. I attended her shows and competitions and we spoke often. It was a time for me to love on her and let her know I cared. I answered questions and comforted as much as I could from across the city. But it was in her college years that our bond was cemented.

She set off on her campus journey with aspirations of setting that place ablaze for Christ. However, what she encountered when she arrived sent her off-course quickly. Although she had a heart for Jesus, the seductive voice of the college party life beckoned her. She found herself vacillating between two opposite lifestyles. She wanted to do both and the battle was driving her mad. The phone calls I got during this time were the most, um, let’s just call them interesting.

I’d say nine out of ten of our conversations ended with Aimee in a puddle of tears and me saying, "I know it’s not what you want to hear, but…" In addition to her calling about various, typical college issues like her roommate, parents, and school problems, she would also call when she was in active rebellion against God. It was during these conversations that I learned the value, as Ephesians 4:15 talks about, of being truthful and speaking that truth in love.

I remember very specifically a time during her senior year, after she’d been pretty close to the Lord for a couple of years. She drove down to see me and just hang out. She should have known that upon arrival I would be grilling her to find out what she’d really been up to on campus. I was always suspicious of what was really going on in school. Maybe because that’s where I personally went whacko, but that’s beside the point. Aimee informed me in a rather matter-of-fact, I’ll-do-what-I-want voice, that she was living it up nightly in the bars and doing life her way right now. And in her words, didn’t "feel bad about it at all." Aha! I knew it!

This sweet, timid girl had turned into a feisty rebel. My response was to lay the truth on her, whether she wanted to hear it or not. She needed someone, anyone, to stand up and tell her the ideas she was believing were not true. This life she was living was promising things it couldn’t deliver. My sweet girl was being bombarded with lies at school, and it was my job as a good friend to stand up and hold out the light of the truth.

Thankfully, Aimee came around that day (after my husband put in his two cents, too). Now, she didn’t leave with a smile on her face and a "Can’t wait to see you again!" as she was walking out the door. In fact, she told me later that she was livid. But thankfully, she listened anyway. She processed what she had heard on the 2-hour drive home and spent some time with God. She let Him in and she surrendered. I know my input wasn’t the only thing God used, that I was just one His many instruments, but I know it had an impact.

That was three years ago. Aimee is now in seminary getting her master’s degree with plans to go into full-time vocational ministry. She has one of the most genuine, transparent relationships with the Lord I’ve ever seen. I’m honored to get to be a part of her life.

Our relationship has now turned from a mentoring relationship into one of the deepest friendships I’ve ever known. As much as I got in her face, she has returned the favor. Quite happily, I might add. She has no problem letting me know where I’m messing up or thinking wrongly. She has also walked with me through the loss of a child, and I am walking with her through a life-long illness. We have shared every emotion in the book. And I know beyond a shadow of a doubt, that one of the biggest reasons we are as close as we are is because our interactions have always been gut-level honest.

I’m thankful for Aimee. I’m thankful that I need her now as much as she needs me. And I’m thankful for one of the lessons our relationship has taught me: that speaking the truth in love, although uncomfortable, is essential to godly relationships. That "spur[ring] one another on toward love and good deeds" sometimes feels exactly like that: a spur in the side (Hebrews 10:24). But it’s that spur that nudges us back onto the correct path. I’ve learned this is what a true friendship is about—loving one another enough to speak the hard things.

Spread the love
Related Topics:Misti Gil
Up Next 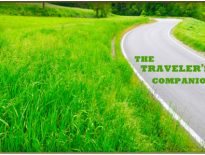 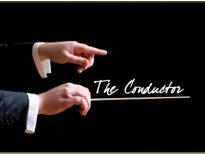