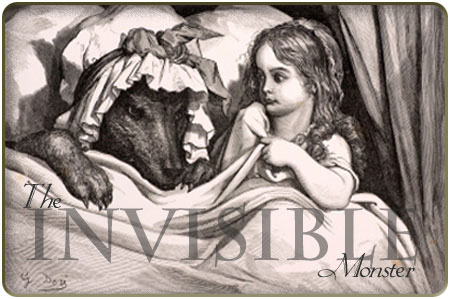 “I guess we’ll see you in August!”

“Yeah.” I felt like I was on an amusement park ride, about to go over a near-vertical drop at breakneck speed.

It was March 2006, and I’d just gotten off the phone with the residence life director at a boarding school in Germany. After the completion of an extensive application and acceptance into a missions organization, the half-hour interview sealed the deal. I was moving to Europe.

A recent college graduate, I wanted to do something radical and exciting. Overseas ministry opportunities kindled my sense of adventure. Part of me craved to step outside my comfort zone. I was ready to experience new places, new people, new cultures, and a new role. At the school in Germany, I would work as a resident assistant in the boarding program, helping to care for dozens of teenage girls—missionary kids from all over the world. It sounded perfect—in theory.

The moment my dreams met reality—when I heard the words, “See you in August!”—an invisible monster rose up within me like a toothy one-eyed creature in a cheap horror flick. My back muscles cramped. I lost my appetite and had trouble sleeping. An endless stream of “what if?” questions ensued.

What if I hate Germany? What if I don’t make any friends? What if I can’t do the job well? What if the dorm girls hate me? What if the food makes me sick? What if I have to share a room with someone who snores, talks too much, or borrows clothes without asking? What if my plane crashes over the Atlantic?

The questions became less rational as the weeks passed. Departure was set for the end of July, and throughout the summer my thoughts became obsessed with Germany and the school. I swung between excitement and panic.

Perhaps everyone there hated Americans. Perhaps I was not gifted in youth ministry. Perhaps I should cancel the reservations and look for a nice, quiet library job instead.

Every morning of that summer, I woke up and questioned the decision to go.

The fear said terrible, accusatory things. It said I was going to fail. It told me God would be unfaithful. Fear illumined every escape route and said to give up the plans before they began to materialize. The invisible monster told me that it’s better not to take risks, because the bigger the risk, the more epic the failure.

The invisible monster was not new to me. Throughout childhood, I fought battles against fear. Its symptoms were familiar, and I knew that its paralyzing effects were not insurmountable. Fear made my life unpleasant, but it did not stop me from pursuing the things it warned against. When ignored, the feelings of panic did not immediately subside, and when they did I knew they would return—but not allowing feelings to control my actions helped to loosen the monster’s grip.

This time, the fear and the actions were bigger than anything I had previously faced. It took every ounce of willpower to keep from backing out of the commitment to go to Germany.

The battle between panic and determination canceled out all other emotions by the beginning of July. Through the weeks-long process of saying goodbye to family and friends in Tennessee, I felt a strange numbness and little pain. Fear overshadowed any sadness I felt at leaving my home of 23 years. I felt like I was walking toward a cliff, determined to jump off and forcing my feet to move toward the edge when they desperately wanted to turn and run.

Apprehension plagued me. The fear did not immediately dissipate when I reached German soil and met the people I would live and work with at the school. The invisible monster still attacked with doubts.

I feared driving on the narrow roads in the large stick-shift dorm vans, feared being vulnerable with people I’d only just met, feared going shopping and having no idea what the salesclerk was saying. However, the fears were lessened because I was there. Yes, I was far outside my comfort zone, adjusting to a new job and a new culture, but at least I no longer faced a giant unknown. Facing my biggest fear broke the monster’s power to paralyze me. Because I took the “big” action of uprooting myself and moving to Germany, it was easier to take the “smaller” actions of meeting people and learning to function in a different language and culture.

Friends sometimes say, “You were brave to move to Europe alone.” If only you knew, I think. If you could taste the fear, you wouldn’t call me brave.

I used to think that brave people never have weak knees or experience insomnia. Perhaps those who walk in perfect love with the Lord do not. But when I set my will in line with God’s, I can endure the symptoms of fear and still move forward. The invisible monster attacks but does not paralyze. When I defy the monster, his power disappears. 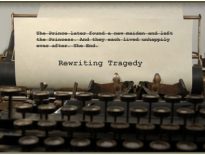 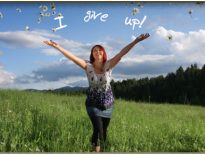 Articles I Give Up!