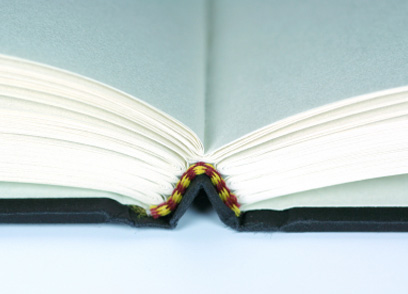 Living in a small town isn’t always like a storybook. Ask a friendly local for the fastest way to get somewhere, and the shortcuts are usually just urban—or in this case, rural—legends. Though I do love the small town life, it’s taken me awhile to get acclimated to my little town’s culture and my place in it. However, the simple life never ceases to teach me the most complex lessons. And my first trip to my town’s tiny library was no different.

During my initial visit to the library, my first impression was that it was just like the town—small, cozy, and a little outdated. It didn’t take me long to weave in and out of every aisle, but when I came to one side of the library, I found something odd—a tiny nook of books oddly placed away from the others. Had I been walking any faster, I may have missed their little hiding place. But as I stepped into the corner to get a better look, I felt encouraged. I was among friends; my favorite genre of books to read: the autobiographies.

I ran my finger down the books’ titles and suddenly wondered if this odd little alcove where they were located wasn’t just happenchance. The books were embarrassingly out of date. One book touted a man’s financial success when in recent years he has lost everything. Another told the tale of a love story whose "lovers" are currently divorced. The saddest and eeriest books were those of politicians’ careers that had no notation of the impact September 11th would have on American life thereafter.

I don’t know when the right time is to write an autobiography, but for reasons unknown, these authors thought a moment in the past was. Do they think about their books now? Do they wonder about the copies that are still floating around in little libraries like mine? Maybe they envision walking in, snatching the book off the shelf, and then explaining their reasons to the librarian for removing it from the premises. Perhaps they justify their actions with a personal little anecdote of some of the edits that need to be made and finally summarize it all by saying, "Because you see, Ms. Small Town Librarian, the story—my life—is not over yet."

This vision reminds me of my own spiritual formation. There are times when the story makes sense, and I feel like I’m eye-to-eye with God’s plan for my life. But other times, the story seems wayward and rambling. The lessons I was supposed to learn never quite make it into the correct chapter on time, and I sometimes just want to say, "Where is this really going, God?"

At those moments, I have to remember that my story’s not finished. I could try to cover some of the past or reject my shortcomings as an immature, young Christian. I could, as a friend of mine recently did, dissect and scrutinize my spiritual upbringing in a blog post for all to see, even though it has molded me into and toward the truth that I now believe. I could do all of those things. It might make feel better about my story.

But really, I have to come to terms, just as the premature autobiographers in my little library do, with the fact that I don’t know the ending of my story. However, God does. Because of this, I have to be gentle when I consider my spiritual journey.

One reason is that the Editor is gentle with me. James 3:17 states, "But the wisdom from above is first of all pure. It is also peace loving, gentle at all times, and willing to yield to others. It is full of mercy and good deeds. It shows no favoritism and is always sincere."

Another reason is in my remembrance of those who stories began with hiccups and mistakes, but ended with triumphant, Heavenly fanfare. Peter, who so infamously betrayed Christ three times, died for his God, and fulfilled his promise of faithfulness to Him. His story wasn’t over at his betrayal. Neither was Paul’s, who began as a persecutor of Christians, and after accepting Christ as his Lord, was persecuted himself. And even a Carpenter, whose first breaths were taken among livestock, returned from the dead and changed our lives forever.

Their stories and so many more — even those of my closest friends — are constant reminders that we are still a work in progress. Our story may not make sense now, but it will at the end. Where we came from may not match up with where we are, or even where we’re going, but it’s still a part of us.

We need to be gentle with our journey. Do not try to ban it, scoff at it, and above all, edit it. There are no shortcuts. No skipping ahead. And even though I need these reminders for my own life—this very day, in fact—I do offer one piece of advice. Make sure you travel with a Good Book. Something—or Someone, rather—tells me it will make all the difference in the journey ahead.

Where Lilacs Still Bloom: An Interview with Jane Kirkpatrick

The Journey In Between 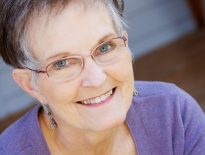 Articles Where Lilacs Still Bloom: An Interview with Jane K…