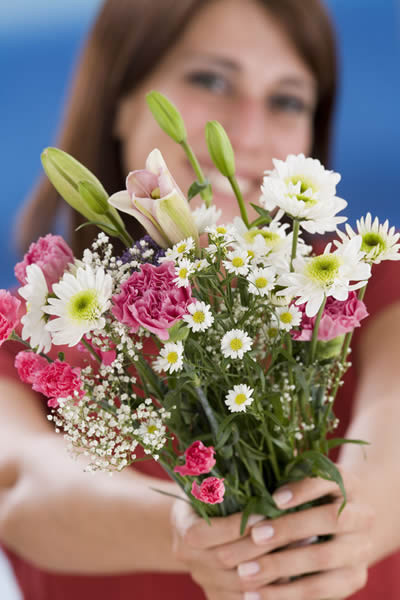 It was a Monday.

Mondays come after hectic Sundays and this one found me trying to finalize a paper for school, convince my children to do their school, and run up and down two flight of stairs — to and from the laundry room — so our drawers weren’t empty and we didn’t have to grace Tuesday in our birthday suits.

My husband and I argued over whose turn it was to shop for groceries and I reminded him that I was maxed out. If he wanted a wife who could handle life, grocery duty would be his every week.

Afternoon came and I swore it was supposed to still be 10 a.m. School buses drove by and knocks on my front door grated my last Monday-nerve. Didn’t the neighbor kids realize our school day was unorthodox? Didn’t they know I lost my mind this first day of the week and that I was armed and dangerous with impatience?

I made plans with friends, weeks in advance, only to cancel. In the middle of all this chaos, I decided to go back to school. Watch out world, I dare you to call me and schedule a meeting. I don’t know how the insanity struck; perhaps I suffered from a neurological glitch as I submitted the application.

By the following May, my quiet time was dominated by biblical studies for classes and the self-standard of perfection had me immersed in the online classroom multiple hours a day. I struggled to find a balance between family, ministry, writing, and school. That summer, we headed north to the island where my husband is from and I realized: I’m trying to do this on my own. Every week was the same — a replica of the one before it and a promise of the one after: Go to church Sunday and come home Monday through Saturday. I craved community.

One week in November, my husband headed out of town with our oldest son. The other three kids and I (crossed our fingers behind our backs) and promised to hold things together on the home front. In a freakish moment of generosity, I also volunteered to cover youth group during his absence. It had been years since I’d worked with teens and I wondered if I could still speak the language. I was unprepared for that Thursday; I absolutely adored those girls and their hunger for God.

I had found community in the faces of 15-year-olds. They seemed to love me, too, and the youth girls really needed a volunteer. Did I really have time? Was it really wise? Church, kids’ school, writing, my school, and now youth?

But I saw a need and I knew I could meet it — however imperfectly. I said “yes.”

It was a new language, and I wanted to learn to speak it fluently. Marian, can you cover Sunday kids’ church? Yes. Can you come early and work the sound booth? Yes. Can you hold my baby? Yes. (Babies scare me, even though I’ve had four. This was a big deal.) Can you meet for coffee this week? Yes. Can you mentor me? Yes.

Some weeks are so chaotic while others flow — a steady current that carries me closer to the pulse of God’s kingdom. There are mornings when a woman comes to mind and I realize I should call her, invite her over, or take time to go see her. Phone calls come in and I lose daylight in 30-minute chunks of chatter. Neighborhood kids come over and my study time runs amuck with living room wrestling matches.

And I could be stressed. But instead, I’ve learned to say “yes.”

I rarely keep a calendar. I try not to plan too far in advance. And this allows me to be open for the spontaneity of God.

I know that’s backwards. Our society, as a whole, is so busy. Our mantra in churches has been “just say ‘no.'” No extras, no commitment, no community dinners, and no interruptions. At some point, I grew tired of guarding my time. When I realized that I don’t serve a God who “accidentally” intersects my life with others, I stopped wanting to stand still. I realized that my self-focus and self-preservation ran the risk of saying “no” to God. Chosen isolation is an affront to the community God desires in His kingdom.

I still have days of rest, I’m just not bothered if they are interrupted by others. I still have early morning quiet time, but I’ve stopped letting God know whether or not I’m available that day.
Said simply, I’ve learned the language of “yes.”

Am I busy? Sure. Absolutely I am. Do I have time for everything? No. Absolutely not. But what I have found is that God desires the citizens of His kingdom to contribute to kingdom function, organization, and expansion. There is a specific role in this kingdom of His that has been carved out and sized just for me. And when I operate within that role, it no longer feels like work. When my life is defined by the purpose for which God created me, it no longer feels overwhelming. When I feel lonely or isolated now, I pray that God shows me who it is I am supposed to loving on. Who can I say “yes” to?

The apostles gathered around Jesus and reported to Him all that they had done and taught. He said to them, ‘Come away by yourselves to a remote place and rest for a while.’ For many people were coming and going, and they did not even have time to eat. So they went away in the boat by themselves to a remote place, but many saw them leaving and recognized them. People ran there by land from all the towns and arrived ahead of them. So as He stepped ashore, He saw a huge crowd and had compassion on them, because they were like sheep without a shepherd. Then He began to teach them many things.

When it was already late, His disciples approached Him and said, ‘This place is a wilderness, and it is already late! Send them away, so they can go into the surrounding countryside and villages to buy themselves something to eat.’

‘You give them something to eat,’ He responded.”

Jesus was trying to get His disciples away to rest. They had been working hard throughout the region — traveling, teaching, and healing in His name. They had stories to share and I imagine there were question they wanted to ask Jesus. So many people had been coming and going that there wasn’t even time to eat. “Come away to a remote place and rest,” Jesus said.

And this is where we usually stop. Jesus invites us to rest, therefore we must guard our time as precious. We must hoard our evenings, keep our weekends open, and not schedule anything extra on Sunday.

Except the story doesn’t stop there: The people saw Jesus and His disciples get into the boat and they ran to the next town, arriving ahead of them. Did Jesus consult His calendar? Did He ask them to come back tomorrow? Was He annoyed that they interrupted His very important scheduled rest?

No. He had compassion on them and He fed them — spiritually and physically.

When they arrived as an interruption, He gave them an invitation to stay.

Will there be a season where God asks me to stop reaching into the lives of others? I don’t know. I see a lot about prayer. A lot about routine rest. I read a lot about acknowledging God. But I have yet to find a command regarding the preservation of myself and my time. So, I offer what I have as a drink offering, poured out for family, friends, and strangers. So that if anyone recognizes Jesus in that drink — they might come and be filled. So we might sit together and be satisfied. That our thirst for more might be quenched in a community that reflects Christ.

Let’s be a people that says “yes” to others. Let’s be a people who, if we start to feel dry empty or dry, we’ll fill our bucket from the overflow of God. Let’s engage with that next interruption, say “yes” to the unscheduled conversation, because we are a people who need others and we will reject the temptation to guard and protect our time. For who can touch the life of another while keeping one’s distance?


Spread the love
Related Topics:Marian Green
Up Next

Reshaping It All: Chapter 14

Reshaping It All: Chapter 13

The Language of “Yes”

Articles Reshaping It All: Chapter 14

Articles Reshaping It All: Chapter 13