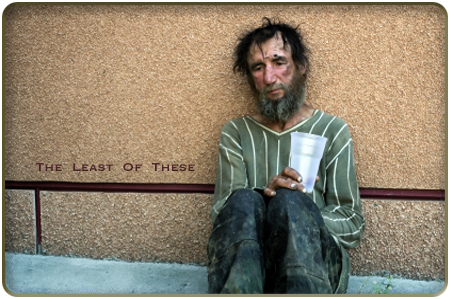 I walked past the maze of cosmetic counters in Nordstrom toward the downtown streets of Indianapolis, my high-heeled boots clicking with each step. A barrage of perfume scents flooded my nose, and I couldn’t wait to reach the cold air outside. My husband Jeff strode next to me, setting the pace.

I stepped out into the frigid gloomy day, an umbrella in my grasp in case the clouds unleashed their pent-up drops. As we turned onto the street, my eyes caught sight of someone huddled underneath the store awning. My brain told me to avoid a second look, but my heart couldn’t stop the action.

What I saw pulled warring emotions out of me.

A form of a person was hunched against the wall, a backpack slumped beside him. There was no color in his expression or in his clothing. His worn pants and jacket matched the gray of the skies, and his skin and hair were muted with dirt and grime, evidence that he hadn’t experienced a warm shower in far too long.

Jeff and I kept walking, our steps quickened by the impending rain. Our destination was just a block away, a corner deli at the heart of the city. We set foot in the inviting space and eyed the menu. The selection of sandwiches, salads, and soups produced a flood of saliva in my mouth, and I struggled to determine what sounded most appetizing.

Just as quickly as my mouth moistened, it dried until there was nothing to swallow. My mind returned to the man outside Nordstrom, and I felt guilt dampen the excitement of a cozy lunch with my husband.

Maybe I can get something to take back to him. I’ll wait until after lunch so it’s still warm.

The thought removed the pressing weight on my shoulders, and I sat down at a table near the window, watching people dart down the sidewalk with umbrellas and jackets held above their heads. The clouds had finally released their fury.

I wondered if the homeless man would get soaked in his small space under the awning. If there was any wind, he would certainly feel its wrath.

I savored my potato soup and the way it warmed me from the nubs of my toes to the lobes of my ears. Jeff and I talked about normal things — work, the rain, our families, the person outside whose umbrella just turned inside out. Momentarily I forgot about the man in front of Nordstrom. But as we stood up from our table, I remembered him, and an internal conversation waged inside me.

Get him something to eat. Even just a cup of soup would be more than he’s probably had all day.

What if he tries to rob me?

Anything you’ve done for the least of these…

You need to get back to work. He’s probably not in the same spot anyway. Then you’d have a cup of soup with nowhere to put it except the trash.

That last rationale won out in my mind. I grabbed my umbrella and faced the downpour outside, huddling against Jeff under our tiny shelter. The cold drops slapped against my panted legs, and I hugged my jacket tighter to my chest. My heart started to beat faster, not because of the brisk walk, but because of the anticipation of what I’d find at the store entrance. I hoped and prayed the man would be gone, evidence that I’d made the right choice.

But as we turned the corner, I spotted him in the exact position I’d left him, still huddled against the wall, still cold, still hungry.

And I’d let him down.

Tears pricked my eyes and competed with the clouds in their threat of rain. The full weight of my choice stayed with me the remainder of that day, following me years later even to this moment. I’ve since read the passage of scripture that popped into my mind that day in the deli, “I tell you the truth, whatever you did for one of the least of these brothers of mine, you did for me” (Matthew 25:40).

I still ache at the thought of my decision. I’d stared at the face of God, hungry and in need of food, thirsty and in need of drink. And I’d walked right past Him, fulfilling His prophecy in the Bible. I was one of the hypocrites who offered Him nothing to eat or drink, who saw His needs and did nothing for them.

I’m reminded of Jesus’ interaction with a rich young man in Mark 10. The man ran up to Jesus and asked what he must do to inherit eternal life. Jesus proceeded to list the Ten Commandments, but the man claimed he had kept all of them since he was a boy. Verse 21 says, “Jesus looked at him and loved him. ‘One thing you lack,’ he said. ‘Go, sell everything you have and give to the poor, and you will have treasure in heaven. Then come, follow me.'”

Jesus wasn’t saying that all believers should sell every single possession if they want to follow Him. Instead, He was getting to the heart of the man and his willingness to freely give of the wealth given to him. My heart drops to my knees every time I think of the man’s response. “At this the man’s face fell. He went away sad, because he had great wealth” (v. 22).

My response to the homeless man mirrored the rich young man’s response to Jesus. I had the ability to give a portion of my possessions and ease someone’s hunger and thirst, even if for just a few hours, and I chose not to.

The beautiful thing about God is that He forgives me for my neglect that day, and He’s cheering me on to a different result next time. His Son came to free the oppressed and broken of this world from their bondage. My task as His daughter is to look in the eyes of “the least of these” and be His ambassador, responding to their needs with the gifts of compassion and selflessness.

I pray that I won’t miss the next opportunity.

The Least of These 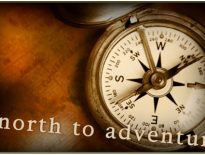 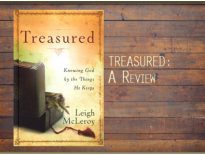