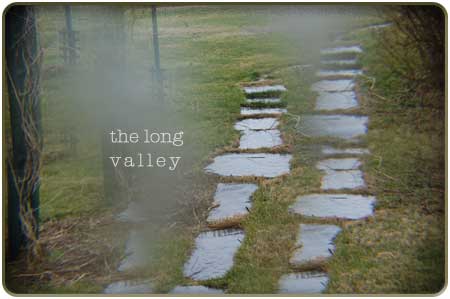 It lurks in the corners of my mind. It sidles up to me and whispers in my ear. It hits me full force when I’m least expecting it.

I’ve faced loss before. Both my grandpa and uncle died of cancer within the same year. Two years later, I experienced an abnormal conception.

This time is different, though.

In April, my grandma passed away. She suffered from leukemia, which was brought on by previous cancer treatments. Although she was 70-years-old, she had such a vivacity and spark about her. I honestly didn’t think she’d die for another 20 years. The difference I experienced was mainly due to my relationship with my grandma. The deaths of my grandpa, uncle, and unborn child were painful, however, my grandma’s death felt like a piece of myself was suddenly missing. Throughout my life she had played such an integral role and I wasn’t ready for her to be gone. Added to that was the knowledge that she had chosen to leave us behind, her fight was over and she was ready to go home.

As she neared her last days, I found myself on a plane to Washington to say goodbye. Overwhelmed by the stress of traveling with three small children and being seven months pregnant, there was no time to fully reflect on what was happening. Once I arrived, days were spent sitting by my grandma’s bedside, visiting with other family members, and caring for my children.

I waited for the emotion of the situation to catch up with me.

News of Grandma’s death came one morning at my mom’s house, while I was alone with the kids. The phone rang and the words, “She’s gone,” were uttered. Numbness washed over me. All I could think about were the logistics. I went into caretaker mode.

I volunteered to speak at the memorial. I met with the church to help plan the service. I made sure everyone else was OK. Moments of tears came, but I knew that I hadn’t yet experienced the full measure of my grief.

My husband’s arrival, my speech at the memorial, and traveling back home were all occasions I visualized the emotions would release. One by one, these moments came and still I only felt numbness.

Almost a full month later, grief finally hit me like a load of bricks.

I was at church and experienced what I call a perfect storm of grief triggers. The worship set that morning included the song “The Stand” by Hillsong United, which had been performed at the memorial service. I wore a cardigan that I’d purchased specifically for the ceremony and hadn’t worn since. As the song played I stood there, arms outstretched toward heaven, body shaking as the flood of emotions I’d been waiting for poured out.

As the service transitioned to a brief meet-and-greet, I thought I’d composed myself. I hadn’t. The song they chose for that part of the service, “Somewhere Over the Rainbow” performed by Israel Kamakawiwo’ole, was another trigger for me. I found myself racing for the door.

Outside, I leaned against the warm bricks of the building. Feelings of sadness, loss, and pain mingled with an overwhelming sense of relief. The grief was finally working its way out. My husband came and held me. He knew I needed to cry and to release the tension pent up inside of me.

Everyone deals with grief differently. I saw this as I observed my family members. Some were inconsolable on the day she died; they experienced the loss immediately. For me, it wasn’t until my sense of responsibility was past that the tears could freely flow. Some of my family members are still waiting for the loss to fully hit them.

Grief is not something I can check off my to-do list. It is a path I will follow. C.S. Lewis wrote:

Grief is like a long valley, a winding valley where any bend may reveal a totally new landscape…. not every bend does. Sometimes the surprise is the opposite one; you are presented with exactly the same sort of country you thought you had left behind miles ago.”

As a child, I always imagined the “valley of the shadow of death” described in Psalms 23 as a place of danger, where one’s life was threatened. I now have a different perspective.

The Valley of the Shadow of Death is the path of grief; it is, as Lewis said, a “long, winding valley.” It is a dark place, a low place, where it’s easy to feel alone and closed off from others. However, there are promises associated with it: God is with us, to protect us and comfort us. He’s walking right next to us, leading us through with His rod and His staff.

I have always preferred mountaintop experiences, those moments where God and I connect in such a way that there’s no doubt what just happened. Yet, valleys can be the places of deepest growth, where the soil is rich and the land well watered. Joni Eareckson Tada explains:

When we come ‘through the valley of the shadow of death,’ we are different people. Better, stronger, wiser. It’s what happens on the other side. He ‘prepares a table before me in the presence of my enemies’ …. He ‘anoints my head with oil; my cup overflows’ with the satisfaction of surviving suffering with a smile (Psalm 23:4-5).”

My journey through this valley is not finished. There will be other triggers — the birth of my son, my brother’s marriage, moments I don’t want her to be missing — and the loss will hit me again. Yet I can cling to Psalm 23 with hope, knowing that God is there, walking the valley with me, and bringing me to new levels of growth.

Spread the love
Related Topics:Danielle Ayers JonesMelissa Brotherton
Up Next 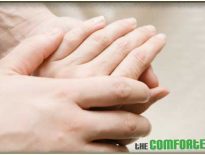 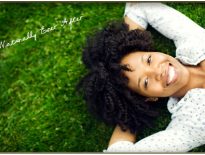 Articles Naturally Ever After