I feel like Bob Wiley on Sundays. In the cult classic What About Bob?, the affable, hypochondriac Bob, goes to see his new psychiatrist. His phobia of elevators prevent him from riding one so he climbs several flights of stairs and arrives at his appointment disheveled and barely breathing. That’s how I feel when I get to church.

After scouring drawers for tights without holes and searching for matching shoes, small talk is honestly the last thing I feel up to. This Sunday, however, the challenge surpassed my normal harried state.

I took my daughter to Sunday School and realized she’d been moved to a new location. As I neared the room, my knees went weak. I could almost smell the white roses. A soft lullaby played in my head. It was the same room we’d held the memorial service for our son. I’d been pregnant with twins and in my last trimester an unexpected umbilical cord accident took the life of our sweet boy. His twin sister struggled, but survived.

All the memories awash in profound sorrow remained long after I dropped my daughter off at her class. When the meet and greet time came, I managed a smile in the direction of the woman behind me.

She smiled back. We made small talk.

“Oh and how many children do you have?” she asked.

I froze. The truth tumbled out. I felt so raw.

Like a slow dripping acid, her words pooled into the marrow of my spirit and burned. “Well at least you have one here,” she smiled cheerfully.

Maybe she had a moment of thoughtlessness. We all have those. But after ten years of sharing our story and being involved in various grief groups in churches, I’ve heard so many similar responses, it is sadly evident we are desperately missing something of the heart of God in how we deal with and respond to grief.

Death often reveals what we hold to be true of life.

The truth is we diminish the sanctity of human life by numbers with our words. “At least, you have other children,” is a common response many mothers hear in the church halls after having had a miscarriage. We diminish a life with time, “At least, they were young,” some have heard when their young child has gone on to be with the Lord. We may even unknowingly limit a person’s value by comparing our perception of their quality of life. “At least, they will no longer suffer,” the mother of handicapped child who has died often hears. 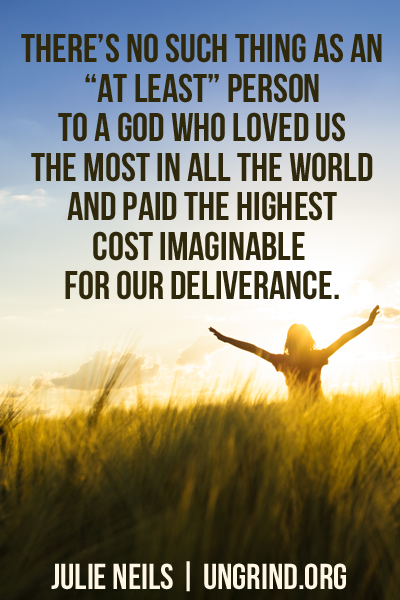 Let’s think about that.

If we, the body of Christ, believe there are “at least” individuals — human beings defined and diminished in value by time, quality of life or the existence of others in their stead — then we must also admit that we believe in a God who finds this view satisfactory as well.

That is a sobering thought.

Picture, if you will, a different ending to a story we all know and love — the parable of The Prodigal Son in Luke 15. A dry-eyed father watches with dismissive detachment as his youngest son leaves home for perilous and unseen pleasures. Every time a friend asks how he’s doing, he repeats with indifference a familiar sentiment, “At least I still have one son here. One responsible son to take over the family business, to care for me in my dying day and restore honor to the family name.” There are no tears. No aching heart. No longing gaze towards the dusty road. He has another son.

What of the parable of the lost sheep? Can you imagine a shepherd who discovers one missing and says with ease, “It’s going take a ton of effort just to find it. At least there are still ninety-nine left.” He tends his flock with barely a thought for his lost lamb. There are so many others to look after anyway.

Every soul should fight such a bleak illustration of a heartless God.

Because His relentless pursuit of and love for us tells us who we really are and what we are really worth.

Spiritual schizophrenia darkens the pure beauty of the truth as well as the One from whom it came. There’s no such thing as an “at least” person to a God who has loved us the most in all the world and paid the highest cost imaginable for our deliverance.

We are all prone to moments of poor articulation and in need of extravagant grace, but we must think deeply about the truth. For we are changed by it as are those around us.

I love what Christian poet and fantasy writer George MacDonald said, “…For to have been thought about, born in God’s thought, and then made by God, is the dearest, grandest and most precious thing in all thinking.”

I smile when I think about how God poured Himself into making our sweet boy. Oh how His eyes must sparkle each time His gaze falls upon a little boy with chestnut colored hair. And I can only imagine the affection in their embrace. For there is no greater thing than to be loved by the One who loves you the most in all the world.


Spread the love
Related Topics:featured
Up Next

The Most in All the World 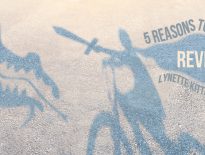 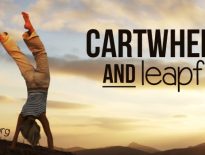