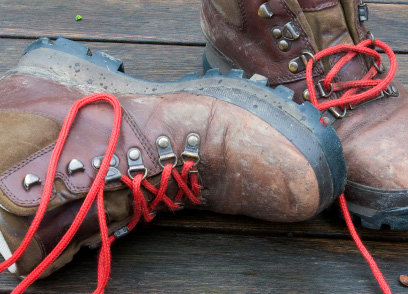 The morning air was still fresh and crisp as we plodded forward on our hike to the peak.

We had barely begun our ascent when my five-year-old arched his neck, pointed his chin to the sky, and spotted the goal at hand.

“We’re almost there, Mom,” he concluded.

His first time ever walking this trail, he had no idea what lay ahead. He knew not of the steep incline, the massive boulders, the ladders, the narrow paths, the loose rocks.

He had his eye on the prize, and in his mind, we were almost there.

I admired his optimism.

In fact, it was far better that he didn’t know what was to come. I have often been grateful for my own naivete as I’ve walked the path of life. Had I known what trials loomed in the distance, I may not have had the courage or the willpower to keep walking forward. But isn’t that what trusting God is all about? It’s relying on His grace to help us walk forward in faith, not knowing what is around the next bend, yet believing that it will get us closer to Him in the end. It’s about not depending on our motivation or strength, but resting wholly on Him to carry us each step of the way.

About halfway up, my talkative walking companion craned his neck again and eyed the summit.

You gotta love the reasoning of a five-year-old mind.

His train of thought caused my own thinking to veer onto his track, and I began to contemplate heaven and the road to eternity.

So it is in the walk with Christ. For some, the journey may be easier; for others, every step may seem a sweat. But the final destination is the same, so long as we stick to the path marked out for us.


Spread the love
Related Topics:Kate Motaung
Up Next

The Path to Life 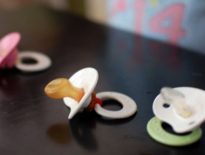 The Daily Sip The Slow Wean 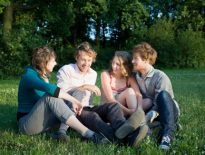