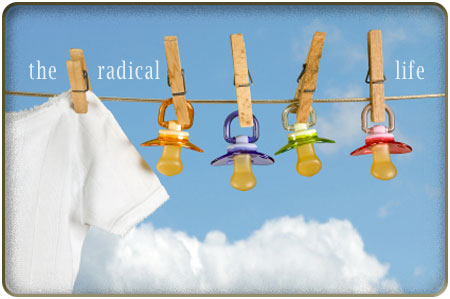 Growing up, I wanted to live a radical life for God. I imagined myself a modern Amy Carmichael living in a foreign country, writing books, and rescuing babies. I devoured Elisabeth Elliot’s books about missionary life in the jungle. Perhaps I’d save children from poverty in the streets of India, teach English in China, or start an orphanage in Africa for children left parentless by AIDS.

I wanted to glorify God by giving it all up for Him. No ordinary life for me!

Now, picking cheerios and sippy cups off of the floor, I realize my life is quite ordinary. Instead of the radical life I envisioned, I’m a stay-at-home mom whose main calling is to serve her family. And it was as a new mother of twins I learned that even in the ordinary life God could be glorified, which I couldn’t have foreseen as a dreamy-eyed teenager reading missionary biographies.

It was in the very mundane task of nursing that God showed me I could glorify Him. As a first-time mother I was totally unprepared for the amount of time nursing was going to take those first few months. In those first few weeks of my babies’ lives, a selfish war waged within me.

I longed for more “productive” things I could be doing other than spending every few hours feeding my boys. My Type A personality could barely stand all the time I was “wasting” by sitting around all day on the couch nursing. I listened to audio books and watched movies in a way to fill up the vast amount of time I was spending feeding my babies.

I felt like my life was at a standstill, everyday so very much the same. I’d been looking forward to my schedule slowing down, but wasn’t prepared for how slow the hours in the house would crawl by some days, despite the fact that I barely had time to do anything other than change diapers and feed the babies! Then I’d feel guilty about my attitude and prayed for my mindset to change.

One day God spoke to my heart and showed me that although I’d longed to glorify God on the mission field, I wasn’t seeking to glorify Him at home. He impressed on me that caring for my babies’ daily needs was the specific way I could glorify Him in this season of life. Nothing was being wasted. I was spending my time growing and nurturing two little babies that He had created and this glorified Him! This realization hit me hard and almost single handedly changed my attitude. I had never thought about what I was doing in that way before!

I was reminded of Colossians 3:23, which says, “Whatever you do, work at it with all your heart, as working for the Lord, not for men.” Instead of mindless drudgery I recognized I could offer my work as an act of worship to the Lord. I’d known this intellectually all along, but its application to my life in this area was fresh.

Eventually, I began looking forward to spending the time of feeding my boys as a time of bonding with them. Plus, it evolved into a time to connect to God. I used the forced time of quiet stillness to pray for my new sons as well as my family and friends. I now see God was gracious to show me how selfish I was and I know this was just the beginning of rooting out selfishness in the journey of motherhood.

Even though God hasn’t led me to the foreign mission field to start orphanages, He’s taught me how to glorify Him in my own home. He’s teaching me that glorifying Him may not look the way I thought it would. And I’m learning to lay down my desires to serve Him by serving others no matter where I am.

It’s turned out to be a pretty radical way to live life after all.

The Locator and His Apprentice 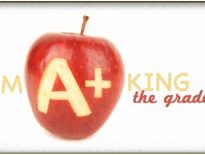 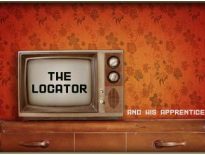 Articles The Locator and His Apprentice