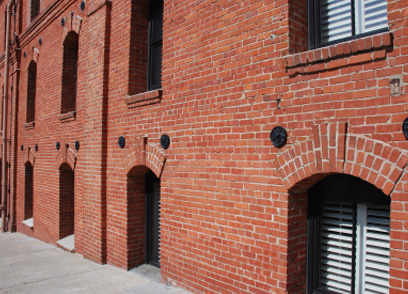 I made my way through the large glass doors that marked the entrance to our hotel on Fisherman’s Wharf, and had to pause.

The crisp early morning air rushed to embrace me like a long-lost friend. Shrouded in a dense fog, its touch awoke my senses.

My eyes traveled longingly across the street, to the Bay. Past the Hyde Street Pier, the Golden Gate Bridge played a game of peek-a-boo through the midst, teasing me with faint glimpses of its famous red hue. Not far from this architectural marvel, the eerie shadow of the retired penitentiary on the island of Alcatraz was a stoic watchman, its now-empty cells guarding nothing but memories.

I inhaled deeply, savoring the salty sea air and the unmistakable aroma of fresh seafood — rock crab, bay shrimp, California halibut. The tang of sourdough bread drifted down Jefferson Street from Boudin’s Bakery. I was growing hungry, but sadly breakfast was still an hour away.

A slight drizzle misted my hair as I turned the corner. Leaving Jefferson, I continued up Hyde.

Pulling my white jacket snugly around me, I had to smile at the sight of the Hyde-Powell cable car turnaround. Historic Ghirardelli Square served as its backdrop, standing one block west.

For years, I wanted to visit San Francisco. While I credit my teenage devotion to the ABC sitcom Full House as the spark that lit the fire, I’d like to think it wasn’t fiction alone that kept it burning. That instead, it was the true life tales told of breathtaking views of the Bay, gourmet meals crafted by master chefs from locally-grown ingredients, and the international intrigue of a melting pot population.

After much wishing, finally, I was here.

And on this Saturday morning, as my husband Ted enjoyed the luxury of sleeping in, I ventured out for coffee.

Rounding the corner to Starbucks, the perfect in my morning came to a screeching halt at the sight of a large, hunched over form.

I hesitated, my defenses rising. It was either forge on ahead, coffee still my goal, or turn back and avoid what I knew was coming — a request for money.

The desire for coffee won. With my uncertainty somewhat in check, I put one foot in front of the other.

I glanced down. A large green comforter adorned her shoulders, under it a floral blanket like the ones I remember using at my grandparents’ house as a kid. Both kept watch against the early morning chill. Next to her sat three or four plastic grocery bags, each home to a handful of aluminum cans on their way to recycling.

The woman’s appearance and the timbre of her voice caught me off guard. A chiseled, masculine face, large hands, and a voice that reminded me of John Travolta in his role of Edna Turnblad in Hairspray left me wondering if “she” was a “he.” The presence of a purse at her side and a scarf carefully draped over what appeared to be long, gray hair was not enough to convince me that her femininity was genetically-given.

Uncomfortably, I replied, “No.”

I quickly climbed the small staircase to Starbucks. Taking two steps at a time, I put into practice what Lot’s wife lacked the self-control to carry out: I didn’t look back.

Inside, I worked to quiet my racing heart.

Since our arrival in San Francisco the day before, homeless people had become a familiar sight. In the few short hours we’d explored the city, I’d grown accustomed to being asked for money. Sometimes by those living on the streets. Other times by individuals peddling maps who sought to profit from our wonder-filled expressions and Nikon D40 which clearly marked us as tourists.

Up until now, Ted stood at my side, offering a sense of security. Today, on my own, I felt unprotected and insecure—even though I was far from the only coffee lover out that morning.

Joining the line, I quickly reviewed the menu. While a regular at Starbucks, I liked variety and toyed with the idea of trying a new drink.

“One tall, peppermint mocha frappuccino light,” I told the barista, deciding to play it safe and go with a slight twist on one of my favorites.

Standing there, the bananas on the counter caught my eye. It was then that my resolve broke. I looked back. Back to the homeless woman sitting on the sidewalk.

Jesus, my heart whispered, what would He do?

In that moment, a story he told to a lawyer two thousand years ago became my own.

A man was going down from Jerusalem to Jericho and he fell among robbers, who stripped him and beat him and departed, leaving him half dead.1

I knew little about the woman outside. And in all honesty, had my doubts as to whether she was a woman or even homeless. But there was one thing I didn’t doubt — that this individual had been battered and beaten by the harshness of life and the realities of sin. Like me, she had need of a Savior.

When the priest and the Levite spotted the man on the road, they didn’t know what brought him there. Was he a drunk? Had a series of poor decisions finally landed him rock bottom? Perhaps his wounds were self-inflicted.

I too had questions.

What compelled this woman to sit on a San Francisco street corner and beg? Was her need genuine? Had she fallen on hard times, and like the well-known story of Christopher Gardner in The Pursuit of Happyness, unexpectedly found herself homeless? Or, were the doubts I harbored as to whether she was a woman or even without a home legitimate?

Like the priest and the Levite, I allowed my questions to justify passing by a broken individual, unwilling to inconvenience myself; afraid to become involved even by the small act of offering pocket change. My love for God took second place to my fear.

But a Samaritan, as he journeyed, came to where he was, and when he saw him, he had compassion. He went to him and bound up his wounds, pouring on oil and wine. Then he set him on his own animal and brought him to an inn and took care of him. And the next day he took out two denarii and gave them to the innkeeper, saying, “Take care of him, and whatever more you spend, I will repay you when I come back.”3

As the Samaritan, was I willing to move past apprehension and show compassion regardless of what her story was? Or would I leave that to other early morning coffee drinkers?

Wrestling with these questions, my brown boots didn’t seem that different from the worn, dust-covered sandals of the ancient lawyer. My heart, as his, seeking to justify myself. “Who is my neighbor?” I asked, hoping that Jesus wouldn’t point to the homeless woman outside.

At the story’s end, I faced a question much like the lawyer did, “Who, do you think, proved to be a neighbor to the woman begging on a San Francisco street corner?”

The same as the lawyer’s: The one who showed mercy.

“Anything else?” the barista asked, as he prepared to ring up my frappuccino.

“Yes, one drip coffee and a banana,” I replied. “It’s for my neighbor.”

Into the Glorious with Christy Nockels 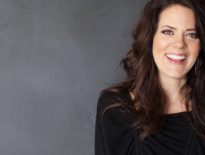 Articles Into the Glorious with Christy Nockels 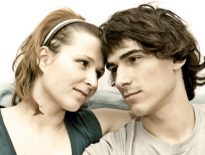 Articles A Sure Hope