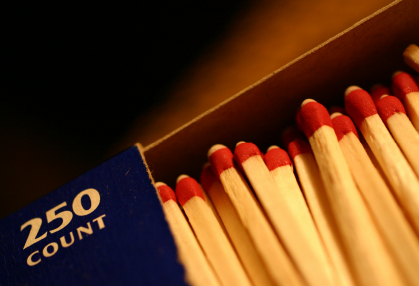 An urgent call from my husband set me in motion. “Get the kids ready. I’m coming home. We need to leave now.” Flames raced down the mountainside across from his office towards our city. Too close for comfort. He could see it was moving in an unpredictable pattern with uncontrollable speed.

Five days before, a single plume of smoke reached into the sky above the top of the mountains here in Colorado Springs. We were heartsick to learn it had started at our favorite hiking trail, but news reports indicated it would likely be contained before it reached any homes. Relieved and distracted, my mind was on cake baking and gift wrapping as it happened to be our oldest daughter’s birthday. That afternoon, as we entered her favorite restaurant, I saw the smoke plume growing in width and height above the mountain range. An hour later, we walked out to see the grey column had become a blazing red tower.

Still, our week went on like most others. We went to church and prayed earnestly for rain and for our brave firefighters. We saw C-130’s from our local air force base drop orange fire retardant — 2,700 gallons in less than 10 seconds. But each day the smoke grew worse and soon the situation had escalated far beyond what we all thought possible. With record high temperatures and no air conditioning, our windows were open and as I’m six months pregnant, we began to worry about smoke inhalation. Even amid calls, texts, and FaceBook messages about friends, ministries, and businesses that were evacuating, I naively thought, “Surely, this can’t get any worse.”

The fifth day of the fires dawned and smoke along the mountain range that separated our town from the blazing forest areas seemed worse. We spent most of the day in our basement escaping the summer heat. That afternoon, I took the kids to cool off in their plastic, backyard pool. A foreboding sky was filled with dull grey smoke clouds tinged with a very strange rose, purple and orange color.

My husband’s call came as ash began to spit out of the sky.

We learned later that firefighters working to contain the combustion to a particular region were shocked when the fire defied all predicted patterns and behavior. With wind gusts up to 65 miles per hour, the blaze dove down a canyon, jumped the ridge and raced down the other side — exploding with force onto our beloved city.

Smoke enveloped the entire region like a snow globe dome. Sections of the interstate were shut down. Cell phone lines were jammed. Texts and calls that did come through brought more bad news. A 60-year old working cattle ranch, also a favorite tourist attraction, had burned to the ground. Students and staff at a ministry I had worked for were evacuating. Dozens of friends were loading up their cars to do the same. Though our neighborhood was not slated for evacuation and was thankfully safe throughout the ordeal, we knew we had to get to a place where we could breathe. It took us six hours to reach our destination — a location that was normally two hours away. The scene that night was purely apocalyptic.

Weeks later, these memories seem almost surreal. Yet, the ash heaps and burn scars are a constant reminder that they are not. Others are living with the constant, heartbreaking destruction of their lives. Three hundred and forty seven homes destroyed. More than 18,240 acres burned. Two precious lives lost. It was the most destructive fire in Colorado history and it will take time to sift through the wreckage, to rebuild, grieve, and remember.

As I’ve reflected on all of this, this verse has come to mind.

If any man builds on this foundation [Jesus Christ] using gold, silver, costly stones, wood, hay or straw, his will work will be shown for what it is, because the Day [when Jesus Christ returns] will bring it to light. It will be revealed with fire, and the fire will test the quality of each man’s work. If what he has built survives, he will receive his reward. If it is burned up, he will suffer loss; he himself will be saved, but only as one escaping the flames.” (1 Corinthians 3:12-15)

It is the physical and spiritual nature of fire not only to consume, but to reveal value. Eternal value sometimes seems like a far-off concept. As a mom with little ones, life often progresses like one never-ending to do list. Diaper changes, spills, cleanups, constant behavioral correction, homeschool lessons, and meal making. What does all of this look like when my heart is submitted to Lord and eternity is closer in view?

The tasks themselves are consumed and clarified by truth and I see my job differently.

I am not just changing a diaper. I am serving the least of these. I am learning humility. I am living out what it means to unconditionally love and I am pouring myself out — modeling what Christ has already and more fully done for me.

When I discipline my child for the umpteenth time for the same infraction, I am not simply, or not so simply as the case may be, enforcing good behavior. With eternity in view, I recognize that I am doing so in order to guide and prepare their heart to hear and obey God’s voice. I am learning patience and I am demonstrating the same kindness God shows me when I mess up over and over again.

When I want to pull my hair out over another homeschool math lesson gone awry, I must pray for vision beyond regurgitating times tables and solving word problems. When it is challenging, as most math lessons are for my oldest and me, together we are learning to persevere with patience and that we can do all things through Christ who gives us strength.

I went to a homeschool conference recently where author Bev Bradley encouraged moms to look beyond our child’s educational achievements to the eternal truths and values we’re depositing into their hearts. After homeschooling her six children who are now grown and gone, she noted that though education is important, preoccupation with performance is often part of Satan’s plan to take our eyes off the things most valuable to God. She added that all the records, workbooks, and paperwork of her years homeschooling are now lying in an ash heap in a burn barrel in their backyard.

Eventually, all things spiritually temporal will wind up there as well.

Life is not about what we do. It is about who we are becoming in Christ. When we as moms and as women listen to, are convicted by and obey the voice of the Lord, His cleansing fire purifies our hearts, brings forth the valuable and presents it as building material for the kingdom of God. And we can do this one diaper change, one time out, one school lesson, one meal, one sippy cup refill, and one mess at a time.

The Nature of Fire 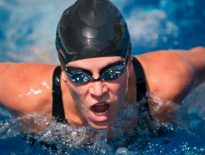 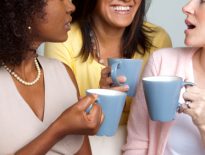