There is a reason both have been a disaster: I can’t stand for anyone in our world to be left out. As a result, both parties have had more than twenty kids attend. And they get wild. I don’t know what I do wrong? Is it the hot chocolate bar? The marshmallows and whip cream? The cupcakes? Or the giant Twister game? Maybe it was the large packs of candy bars we gave out as prizes. (Right now you’re thanking Jesus that our kids aren’t friends and that I’ll never throw a party again, because no child should be presented with that much sugar. I know.)

There’s one more reason I can’t handle parties. I don’t know what to do with all that stuff. The sheer thought of having to organize and store twenty new presents overwhelms me. So when my 10, now 11 year old, begged for a party, my first rebuttal was, “Buddy, you just don’t need that many presents.”

To which he replied, “You’re right. I was thinking we could ask people to pool together. If everyone gave $5, we could buy something out of one of those gift catalogs.”

He had my heart with those words and the conversation ended. We made up three-dozen invitations with hot chocolate, goats, and chickens on the outside and away they went.

When it was all said and done, he had raised $110 — enough for a goat and chicken trio. After ordering the animals, it occurred to me that someone out there in the world — whether they realized it or not — is about to be grateful my son was born.

Which made me pause: We have that same opportunity with Christmas.

Our giving can evoke thanks to God for the birth of His Son.

This is simple. But it opened my mind to something new. If I am honest, I have viewed giving and serving over the holidays as something I do to keep myself anchored in the true meaning of Christmas. 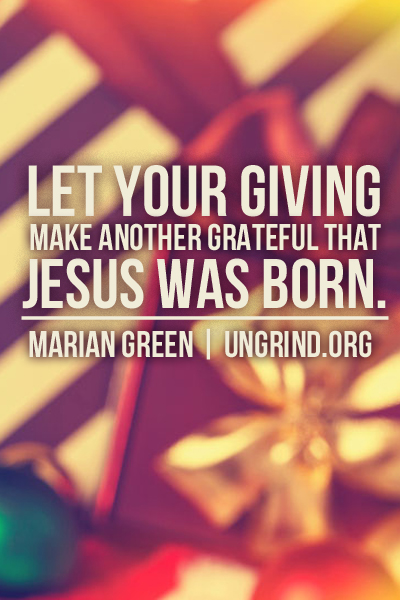 Even in my giving, I have made it about myself.

But it’s Christmas Eve. The party is tomorrow. And I haven’t missed the opportunity yet.

I don’t have time to make it elaborate. I don’t have the money to make it fancy. There are only enough hours left for simple and real — a humble canvas. Will the glory of God shine brightest upon it?

I believe I will take it to my children. Maybe make it sound like a game but let them know it’s real life — the only real that matters in life.

I’m thinking of a person to bless, and the name sounds like …

I thinking of a friend in need. Who is it?

Can our thirteenth-hour pooling of thoughts can find something worthy to offer? Something that makes those closest to us — on our streets, in our church family, in the cubical across from ours — grateful there is a birthday tomorrow.

Something that will make another grateful Jesus was born.

Brave in the Midst of Weakness

All I Want for Christmas Is Jesus 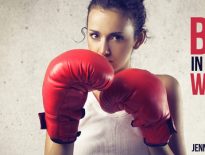 Articles Brave in the Midst of Weakness 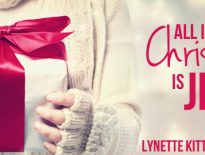 Articles All I Want for Christmas Is Jesus