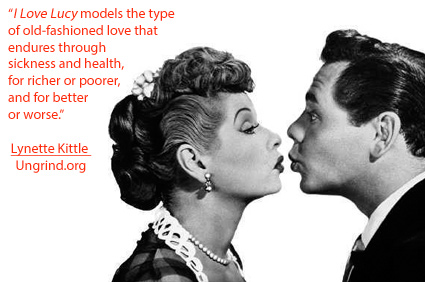 I’ll never forget the time Lucy — the zanier half of America’s favorite 1950’s sitcom couple — decides to cut the grass using an unfamiliar riding lawn mower, after her husband Ricky puts it off to go to a ball game.

With the judges for Lucy’s big tulip garden competition due to show up the next day, she’s angry that Ricky left, delaying the mowing until morning. In her irritation, she decides to take the initiative to complete the chore but instead tours the neighborhood on a runaway mower, plowing down everything in her pathway, and causing destruction to the neighborhood.

Growing up I literally did love this classic show. For me, I Love Lucy offered hours of dysfunctional marital situation entertainment.

If you’ve never seen the sitcom, Ricky is a Latin entertainer married to Lucy, who is enamored by the glitz and glamour of showbiz. However, Ricky is usually trying to dissuade her interest, which brings out Lucy’s wild creativity.

As what was a modern show in the 1950’s, it models the type of old-fashioned love that endures through sickness and health, for richer or poorer, and for better or worse.

And even as a child watching Lucy’s crazy escapades, I learned plenty of things about marriage.

Ignoring My Husband’s Advice May Backfire on Me!

Perhaps one of the funniest episodes is where the Ricardos are living in Hollywood, while Ricky is starring in a movie. Loving the star-studded atmosphere but told by her husband to stay away from celebrities and embarrassing incidents, Lucy can’t help herself and ventures out to have a hilarious “encounter” with actor William Holden at the trendy Brown Derby Restaurant.

However, when Ricky shows up with Holden the next day to introduce him to Lucy (because he knows she’s a big fan), she panics! In her distress, she tries to alter her appearance by applying putty to her nose and wearing reading glasses that blur her vision. Unfortunately, during her introduction, she accidentally sets her elongated putty nose on fire!

Avoid Trying to “Teach” My Husband A Lesson

Whenever Ricky or Lucy decided to “teach” the other a lesson, it makes the situation worse (which is often). In one episode, she decides to teach him a lesson by pretending to be dying, so he’ll feel terrible about not letting her do something she wanted to do.

However, Ricky, figures out her scheme, and decides to teach her a lesson, too, by bringing in a “fake” doctor to deliver a fatal diagnosis. His pay-back works and soon Lucy is convinced she is dying.

Accept My Husband’s Apology and Enjoy His Attention

A night out with the Ricardos and two of their couple friends ends badly when the husbands are too tired to pay attention, talk to, or dance with their wives, but wide awake when a young, single pretty girl shows up.

All the wives love the new found doting and attention until Lucy becomes suspicious, turning herself and the other wives against their husbands, and turning what was a lovely night into another battle of the sexes.

Always Be Willing to Forgive and Reconcile

Scripture teaches us that “love covers a multitude of sins.” One continual theme in the I Love Lucy series is that no matter what zany situation occurred during the episode, or knock-down-drag-out fight between Lucy and Ricky, they are in marriage for the long run.

Neither crazy scheme, or selfish plan, or ridiculous mix-up, could separate the two, and ends with Ricky and Lucy forgiving each other for their errors, and declaring their enduring love. 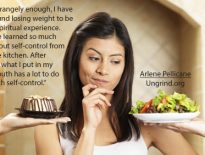 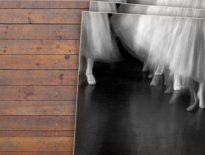