She was screaming at me in the YMCA parking lot. Everyone saw it. Everyone heard as she hurled every hurtful insult she could possible think of right towards me. It was a huge scene, and all I could do was just stand there and take it. I wanted to cry. I wanted to hide under the nearest Odyssey. All this embarrassment. All this abuse. And for what?

Because I wouldn’t let her jump in the Bounce House.

I was already late for my group fitness class when we arrived, but my three-year-old lit up like a Christmas tree at the sight of the giant inflatable on the front lawn of the YMCA. Although I assured her she could bounce her brains out after my class, she was not going to give in without a fight.

(That whole “delayed gratification” thing … we’re still working on it.)

At that divine moment, a woman from my church approached me. She had witnessed the bloody brawl and my embarrassing defeat at the hands of a 40-pound redhead. She wrapped her arm around my shoulders good-humoredly and said:

“Wow, it’s great to see that you are actually real.”

I wanted to wrestle her to the mat after a comment like that. What does that even mean? “You’re so real.” As opposed to the alternative of being not real — fake, imitation, artificial, just for show … like the plastic ice cream cones in the Godiva Chocolate window display. But that’s not the first time someone has ever said that to me. I hear that a lot actually, and the statement always puzzles me a bit — as if someone approached me and said, “Wow. You have such great personal hygiene.” As though this should come as a big surprise.

But sadly, it does.

Unfortunately, as a professing Christian, worship leader, pastor’s wife, yada … yada … I am automatically pegged with one of two immediate (and inaccurate) impressions:

2. I expect everyone else to get it all together.

The very nanosecond a non-churched, de-churched, anti-churched person finds out that I am a Christian, they carefully take a step back and pinch their nose in anticipation of what’s next. It’s sad. But what’s even sadder is that other Christians — people I sing to every Sunday, people I run into in parking lots all over town — are somehow taken back when they don’t get a whiff of judgement and/or pretense from me. Why is that?

Perhaps there are several reasons. Two of which I am well acquainted are a garden variety of fear and pride. Fear that people’s outward impression of me might somehow give the Christ that I love bad press. And pride rooted in thoughts like, “I’ve been at this faith gig long enough. I ought to have these sins licked by now.” My dirty laundry doesn’t smell all that pretty, but there you have it.

Do you have nagging regrets over things you have said and done that have devastated the people you love?

Are you shamelessly addicted to your stuff, your substances, and your comfort?

Do the demons of anger, depression, anxiety, and perversion land on your back without warning?

Do you feel like a flop as a mother when your kid eats you for lunch in the parking lot in front of the whole county over a bounce house?

The truth is we don’t have it all together because we have Christ. We have Christ because without Him, our lives would be falling apart.

Things My Father Taught Me

Two Words Every Christian Should Learn How to Say 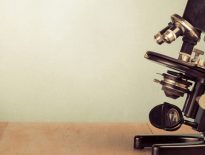 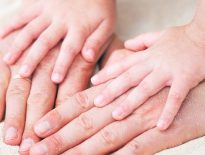 Articles Things My Father Taught Me