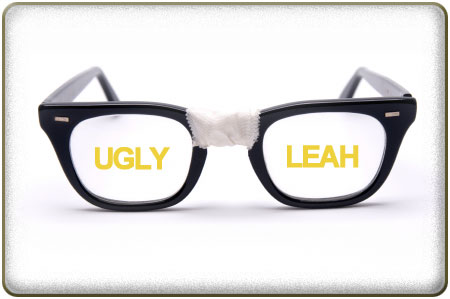 I still remember the first time I heard about the show, Ugly Betty. I recall physically cringing at the title. “What kind of name is that?” I wondered in disgust. “In an effort to grab people’s attention, has the media resorted to openly ridiculing unattractive women?”

Since the show’s launch in 2006, America Ferrera’s leading character, Betty, has become a heroine of sorts. In contrast with my fears about the show’s intent, Betty is instead portrayed as a self-confident, idealistic woman who boldly forges a unique niche in the fashion world, unfazed by its narrow standards of beauty. In a culture that inundates women with airbrushed images of hopelessly thin actresses, Betty is a pillar of strength. Rather than succumbing to the impossible standards of the world, she manages to retain a relatively strong sense of self — all with the help of a bad haircut, gaudy outfit, and adult braces.

Betty has been lauded as a modern-day role model because she has risen above the culture’s expectations, a feat that is hard to achieve. Reflecting on my own life, it’s easy to see why her example is so memorable. As a single woman, I struggled to harness that kind of unflappable self-esteem, and that battle has followed me into my marriage. Even though my husband consistently affirms both my outward beauty and my inward character, I still feel the need to compete with the images he consumes on television and magazine covers. And many days I can’t help but feel like I just don’t measure up.

In a world where super-models lose every pound of baby weight in six weeks, it’s easy to feel like I’m an Ugly Betty, which leaves me wondering: How I can attain the same self-confidence? What’s the secret to such an unshakable sense of identity?

To answer that question, I looked to the original “Ugly Betty” of the Bible. Her name was Leah and her story appears in Genesis 29. Leah was Jacob’s first wife, and the description of her appearance isn’t pretty (no pun intended!). She was the ugly sister of beautiful Rachel. In fact, she was so unattractive that her father had to trick a man into marrying her.

Bearing that description in mind, I’ve never given much thought to Leah. She was merely a footnote in the grand love story between Jacob and Rachel. If I were to relate to anyone in the story, it would be Rachel. Not Leah.

However, I have recently come to realize that I have far more in common with Leah than with Rachel. Rachel was like a Disney Princess, but Leah was your average Jane. Like many women in our world today, Leah had been wounded by her life circumstances. And like most women today, she put a lot of effort into healing those wounds by finding her identity in worldly success, reputation, and relationships. Consider the details of her story:

Leah first sought stability in her identity as a wife. She was the older, less attractive sister that no one wanted, so she must have been elated when she finally wed. Unfortunately, her joy was to be short-lived, as Jacob rejected her immediately — the day after their wedding, to be exact.

Rather than accept this rejection, Leah tried to salvage her identity as a good wife by producing children for her husband. This desire is very much apparent from the names she gave her sons. She named her first son “Reuben,” which means, “Behold a son.” It was as if Leah was crying out to Jacob saying, “Look what I have given you! Will you love me now?” She was seeking acceptance based upon production — what she could do.

When her first child failed to earn her the validation she craved, she had a second one. His name was “Simeon,” which means “heard.” Although Rachel was more highly favored than Leah she was also barren, so Leah probably hoped that her second son would bring her recognition as a good wife. She would finally be “heard” by her husband, and by others.

But Jacob didn’t notice, and he continued to love Rachel the best. That’s when Leah shifted her focus. Her identity as a wife had been a total disappointment, so she sought her identity in motherhood. She named her next son “Levi,” which means “joined to.” Surely, Leah must have thought, this son will give me the validation I need. Even if my husband doesn’t love me, I can find value through my relationship with my son! By “joining” her identity to her son, she sought to compensate for her husband’s neglect.

However no son ever satisfied her. No child ever filled the void that had been left by the constant rejection. Instead, Leah had trapped herself in an endless cycle. Every time she had found something seemingly dependable in which to rest her identity, she was left feeling disappointed.

Ironically, the answer to Leah’s problem was right in front of her face all along. Each new son was a gift from God, beckoning her attention back to Him. “Behold a son” was a reminder about God’s provision. “Heard” was a reminder that God was listening to her cries. “Joined to” was a statement about God’s faithfulness to her. With the arrival of each child, God was proclaiming His love and care for Leah. For many years Leah missed the message because she had placed her identity in the gift, instead of the Giver.

Fortunately, Leah eventually broke out of the cycle. In verse 35 she bears a son named “Judah,” a name meaning “praise.” Finally, Leah stopped looking at the son and instead gazed upon the Father. She stepped out of the destruction of her own making and sought the only One who could truly make her whole. No more searching. No more striving. No more disappointment.

As I read Leah’s story, I see myself. Oftentimes I feel like an “Ugly Betty” when I find my identity in the gifts, instead of the Giver. While beauty is indeed a good thing, it is not a sure foundation on which to stand. Although a husband is a wonderful gift, his acceptance does not determine my worth. And while I would love to have children one day, my ability to bear and raise kids does not reflect my value as a wife, mother, or woman. To find my identity in any one of those things will lead to inevitable disappointment.

So on those days when I feel like an Ugly Betty, I remember the story of Ugly Leah. She was rejected by men but accepted by the only One who matters. Like Leah, it’s tempting to find my identity in production, recognition, or relationships, but I refuse to set myself up for that kind of heartache. The only identity I claim is that of a dearly beloved, fully accepted daughter of God. And I know I’m not ugly to Him. 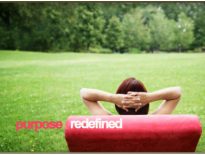 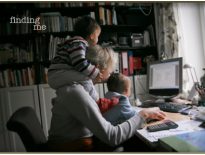