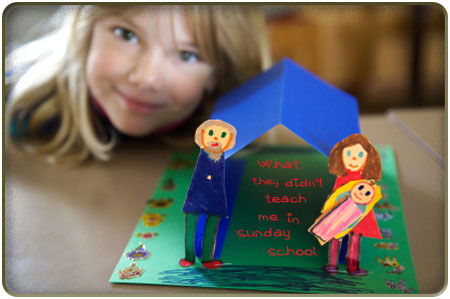 There I sat, silently hoping that I might find a friend even though gender was the only thing I could see linking me to the rest of the room’s occupants.

How did I end up at Bible study with the married girls?

I needed community, and these women were at least in my age group, although I doubted we had much in common. They had husbands and kids, so they were probably way more together than I was. On top of being deliriously happy, I was sure. But it was this, or nothing.

I had made my judgment calls as an outsider. It was easy to do. But I was about to go on a journey that would forever change my way of viewing the people around me.

Lesson #1: It’s All in My Perspective

Those first few weeks and months, I think we were all surprised by what we learned about each other.

Some days they have to remind themselves that their children are a blessing. Some days I have to remind myself that an uninterrupted night of slumber is a blessing. They think they’d like my freedom to travel. I think I’d like an anchor (like theirs) to ground me.

Living life in regular contact with women with different lives added perspective to my outlook. The “grass is greener” mentality we suffered from got a dose of realism. Instead of being so thoroughly enchanted by what my life did not have, I became more content. As gratefulness invaded, I began to see that our lives were actually more similar than I had thought.

Lesson #2: It’s What’s Underneath That Matters Most

The very diversity of the group forced us to be just a little more real than we were used to. We weren’t all newlyweds. We weren’t all singles. We weren’t all young marrieds with kids. The convenient and familiar divisions were gone. The surface details of our individual lives, which had always seemed so important, became little more than illustrations for the deeper issues we all struggled with as we attempted to be authentic Christian women.

It would have been so easy to dissect our daily issues at length, but we didn’t have that luxury because not everyone could relate. Instead, we found the heart of our struggles: insecurity, fear, unbelief, ingratitude, pride, self-centeredness, disobedience, bitterness, lack of joy. And once we acknowledged the core problems that plagued us, we began to confront them, to pray together about them, and to encourage each other from week to week to purposefully walk away from struggles we had once been unable to name.

Through this lens of unexpected discovery, I began to wonder what else I had gotten wrong over the years.

I could never understand why so many parents named their daughters Sarah, Rachel, and Rebekah. Sure, they are the matriarchs of the faith, but these women were ridiculous! Who laughs when God promises them a child? Who demands more children when God has already given them one? And perhaps my favorite: What kind of mother favors one child over another — even helping that child deceive his father and brother? These were not women I wanted to model my life after.

I had a little more compassion on my own namesake, Miriam. I’ve always liked her story’s combination of the heroic with the ugly. Yes, she did watch over Moses in the bulrushes, negotiating swiftly and wisely to ensure that their own mother was his wet nurse before he moved into the palace. But her desert rebellion against God’s decision to use Moses was punished with flesh-wasting leprosy until she repented.

Miriam, and in fact, all of these women, are the best kind of heroes because the Bible tells their whole stories, triumphs and failures. My dismissiveness of their lives due to their flawed behavior blinded me to the wisdom offered by their experiences. They make mistakes; they don’t listen — but at the same time they are powerfully used of God. There is redemption for them.

It is doubtful that my highs will be as high or my lows as low, but it is a sure thing that there will be a day when I look back and say, “What was I thinking?” And that will be the day that I will want to hold these stories close. I need the reminder that God can (and will) use me despite my flaws, that I will stumble, and that I can be restored and remembered for my good choices rather than endlessly berated for my bad ones.

I’ve learned not to get sidetracked by the mistakes. Instead, I look at the remarkable victories through eyes that know how (and why) mistakes are made and marvel that God uses people who make huge mistakes.

But we are not just surrounded by a great cloud of heavenly witnesses, we share a life journey with fellow believers. Though the exact faces will change over the course of our walk, challenging, supporting relationships are essential at all phases of life. And a key ingredient to an authentic life is intentionally seeking out these types of friendships with a variety of people — at least some of whom have lives that look at least a little bit different from my own.

So, I still catch myself moving toward the split-second judgment call. But these days, I recognize the signs and I remember to take a step back. To view everyone concerned as a person. If I close myself off in my “I’d never do that” shell, I have learned nothing. It’s in honestly sharing the journey that the pathway gains meaning.

I am still supremely confident that I won’t ever tell my husband to sleep with our maid so we can have the child God promised us. But I might try to convince him to do things my way, and that’s where I can take a lesson from Sarah on walking by faith. And there’s still a chance that when God shows up in a way I don’t expect, I just might laugh, and our kinship will be complete!

We are women, after all.

What They Didn’t Teach Me in Sunday School 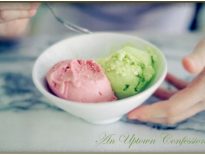 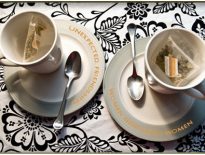