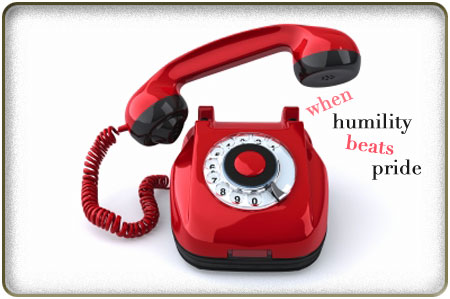 There has to be a certain level of pride that lives inside me. For example, each time I open a new blank page and start typing, somewhere I believe that someone will find my life interesting enough to get lost in for the next 5 minutes.

Each morning I wake up and spend more than a few minutes in the mirror trying to look effortlessly pretty and only leave that position when I am prideful enough to believe that goal has been accomplished.

I mentor young girls based on my belief that I actually have something to offer them by sharing my life experiences. I get frustrated when it appears as though they haven’t listened and learned and then they make the opposite decision I had hoped they would.

I wish these were the only instances in life where pride exhibited itself in my belief patterns and thought processes, but these are only the beginnings. And lately, it would seem that my awareness of my belief of how great I am has really been brought to the forefront of my attention.

A week or two ago, I returned home from a fantastic vacation only to enter into a bit of adult drama. It appears as though all is not well on the pastor’s kid homefront. My oldest had been acting up during VBS. He was caught sitting in church pews with his feet spread eagle on the row in front of him. He volunteered to take out the trash, only to be found tossing it helter-skelter across the rear parking lot. He was also caught secretly whispering to the child next to him that he can’t stand that boy’s mom. It was great. An entire year’s worth of difficult situations culminated to the point of no return during this particular week, less than 24 hours after my return.

Now this obviously isn’t the entire story, there are several instances of provocation that has encouraged an attitude of disrespect to begin to grow inside my son. So, as you can imagine, the mama-bear that resides inside of me couldn’t be tranquilized any longer. I made a phone call to the powers that be in Children’s Ministry and asked them a simple question, "Can you or can’t you teach my child?"

Did you hear that? That pride, the accusation, the threat? The next couple of days I spent hashing it out with close friends. I took to heart one statement, "If you don’t stand up for your children, who will?", and ran with it. Self-justification was all I needed. I don’t have a problem, this isn’t about me.

The next day, one of the women I had called came up and gave me a big hug and thanked me for getting it off my chest. She said she understood that everyone has bad days, even children. I was convinced she was luring me back in for the kill.

That evening, I went to work. My thoughts wandered aimlessly from the day’s events. As I made lattes and sampled pastries, I conversed with myself about several frustrations. I was finished, I decided, with this town and these people. It was time to move on to the next adventure. Things were becoming difficult and difficult isn’t for me. Resolution isn’t for me. Admitting fault isn’t for me.

As we closed, a customer began talking with the bombshell of a brunette I was working with that night. He and his friend had been studying, as they regularly do. I remembered because one evening I expressed concern over the eight shots of espresso the second gentleman was consuming. He reassured me that sleep was never the issue; it was the process of being awake that he was obviously having trouble with. Anyway, the first guy wanted to exchange names with my co-worker and kindly included an inquiry toward my direction. Needing a distraction from my thoughts of self-pity, I shared my name and inquired about the background and the uniqueness of his name.

Bad idea. I have learned two very important lessons while working. First, never ask a woman when her baby is due. Second, do not mess with American pride. My suggestion that this young man’s name might have an origin other than American brought a very harsh defense from his friend. Horrified at my mistake, I closed my mouth and lifted my chin as if to say, "My pride is just as great as yours."

In one respect, his reprimand was a blessing. It gave me something else to stew over for the rest of the night. That evening I went home and blocked out my embarrassment by reminding myself: I don’t have a problem, this isn’t about me. And I will never, ever serve that guy coffee again! Pride, self- righteousness, and a little bit of a temper tantrum, I know.

Did I learn anything about my response? Not until a few days later.

My very next shift (which isn’t very often seeing as I usually only work once a week), I arrived a little early to catch the Sunday paper and enjoy my own cup of coffee. Wouldn’t you know who walked in the door just as I sat down. Now I might have a few areas of weakness when it comes to making promises, but this wasn’t one of them. I patiently waited to clock in until after he had ordered and breathed a prayer of thanks that he had sat in a spot hidden behind the espresso machine where I wouldn’t have to make eye contact. Mission complete, the rest of my night should have been a breeze.

Except that he came to talk to me. I was blocked between the ice bin and the espresso bar and to turn around would have been visibly rude, so I was stuck. With my defenses up and excuses for disdain rehearsing their lines repeatedly in my mind, I greeted him with a steady gaze. I was ready to get him a glass of water or fix his drink or whatever it was he needed without ever saying a word. I know this was immature and resembles teenage behavior, but I am being honest. However, what he said next was not something I had mentally prepared for.

Here was this gentleman who had humbled himself to a complete stranger to come and apologize for something that he wasn’t even sure had bothered me or not. His apology sucked the wind out of my self-righteous sails.

God says a gentle answer will turn away wrath. Somewhere it must also state that an act of humility will shine light on man’s pride. I left that evening with a more complete perspective on how to treat humanity, how to be kind to a neighbor.

I am not so important that everyone is out to get me. We do genuinely have bad days. And the simple act of an apology can cover those bad days with a glimpse into the character of God. So no, life isn’t all about me. I have struggled with a critical spirit for a long time, but never have I personally realized that criticism stems from pride. Sometimes the most precious lessons and gentlest reprimands from God are spoken through the mouth of a stranger.

The Children’s Ministry volunteer who tried to kill me with a hug called today to offer me a few heads of lettuce and a bundle of fresh spinach from her garden. At first, I thought she might be trying to poison me. On second thought . . . the money saved can purchase another latte.

Marian Green resides with her husband and four children. She is an adoptive mom, a pastor’s wife, and (once again) a student. She is currently working on a non-fiction project for “bad girls” — helping women who have lived lives of promiscuity to redefine marital intimacy. In between it all she takes a deep breath and realizes, none of this was what she had planned in life … and she loves it. Marian blogs at Uprooted and Undone. 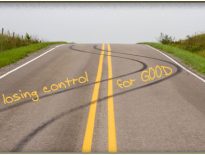 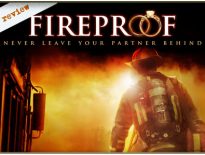